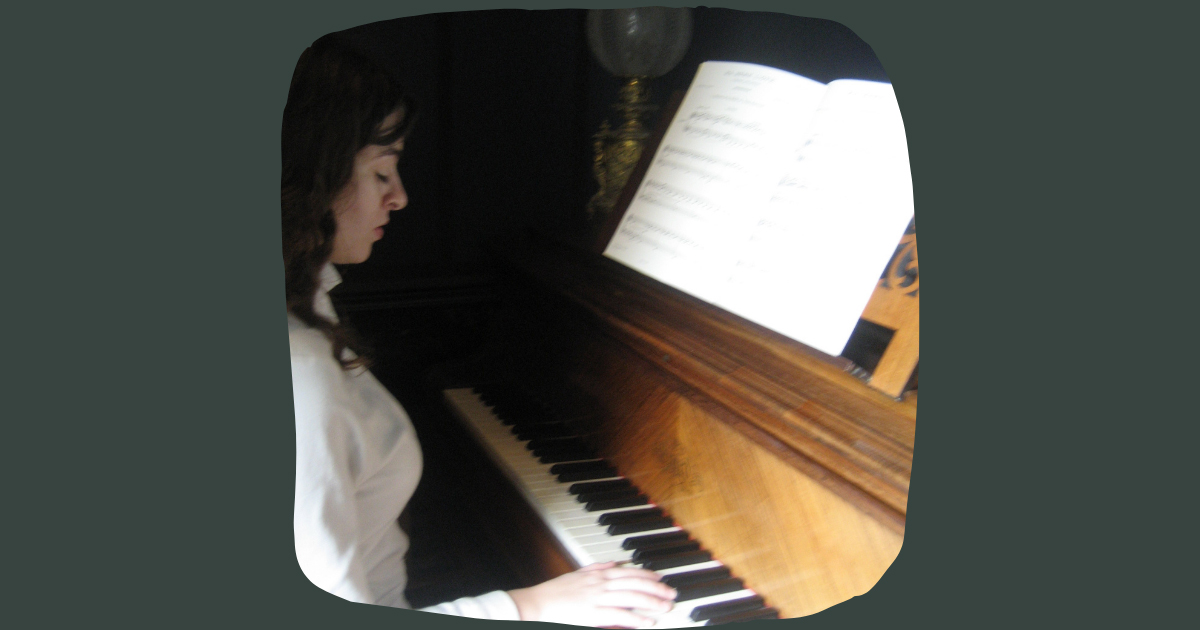 LooseLeaf NoteBook provides a safe space to talk about mental health challenges and modes of healing, including therapy, medication, and at-home self-care practices, as well as examining the complex and often misunderstood relationship between mental health and creativity. I share why I started this project, and how my composition professor, Steven Stucky, created a safe space for me to talk during our lessons, ultimately enabling me to seek professional help for my anxiety at the age of 19.

Listen to Julia Adolphe’s most recent LooseLeaf NoteBook podcast, as well as earlier episodes, on Spotify:

Listen to Julia Adolphe’s most recent LooseLeaf NoteBook podcast and all of the podcast content hosted by NewMusicBox on New Music USA’s SoundCloud page: 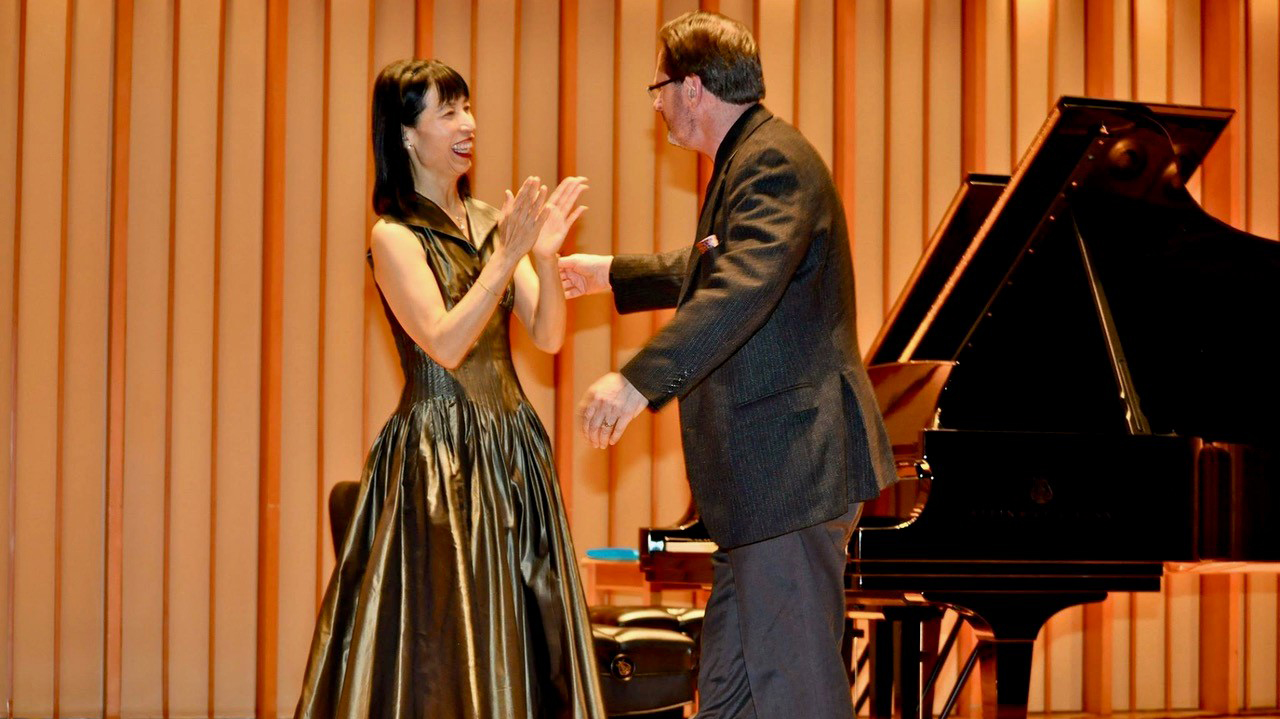 After the passing of Steven Stucky on Valentine’s Day of 2016, Christopher Rouse, Steve’s friend of 40 years, wrote on this website:

Steve died much too soon—and for so many of us, unacceptably—at the age of 66. His unusually aggressive brain cancer had been diagnosed only three months earlier.

Steven Stucky died much too soon—and for so many of us, unacceptably—at the age of 66.

I met Steve in 1988 upon his arrival at the Los Angeles Philharmonic, where I had been working steadily as an “extra” alongside the redoubtable principal keyboard player, Zita Carno. Steve’s tenure there as resident composer and new music advisor lasted for 21 years, the longest such affiliation between a composer and an American orchestra. I was a frequent participant during most of those years in much of the new music programming for the LA Phil’s orchestral series and Green Umbrella concerts. Steve, having largely determined much of that programming, was present at every rehearsal, always exuding his special combination of bemused, gracious, self-deprecating erudition. Over time we became friends, and his interests became my interests. As the foremost authority on the music of Witold Lutosławski, he was my guiding light as I prepared my CD Piano Music of Salonen, Stucky, and Lutosławski. The 2009 Grammy Award bestowed on me for that recording is an honor that I owe in no small part to Steve.

The day after Steve died, Deborah Borda, then-President of the Los Angeles Philharmonic, phoned to tell me about an April tribute concert already being organized by the Philharmonic. Several of Steve’s friends and former students were being invited to write short piano pieces (one or two minutes each) in Steve’s memory, and she asked me to organize the pianists. There would ultimately be six works, by Fang Man, Anders Hillborg, Magnus Lindberg, James Matheson, Joseph Phibbs, and Esa-Pekka Salonen, interspersed with music by Steve and Lutosławski. The pianists, all associated with Piano Spheres, Los Angeles’ piano series devoted to new music, would be, respectively, Mark Robson, Susan Svrček, Steven Vanhauwaert, Nic Gerpe, Vicki Ray, and myself.

Following the announcement of the upcoming program, I heard from a few of Steve’s countless composer friends who were expressing a wish to dedicate a piano homage of their own. Though I was not empowered to add them to the Philharmonic’s program, I knew that I couldn’t ignore their heartfelt offers, that I would be in touch afterwards, and that this had the makings of a very good idea that would embody all the goodness that Steve had brought to so many of our lives. Later that spring I began inviting them and others to contribute additional pieces to the initial set of six for a collection that would be called Garlands for Steven Stucky. With the original six pieces having been such powerful declarations of love and friendship, and knowing how many more of Steve’s eminent, emotionally devastated friends and students would want to honor him similarly, I felt that a CD would be the necessary endgame. Unsurprisingly, my wish list of essential invitees, compiled with the help of Christopher Rouse, Donald Crockett, and Steve’s widow, Kristen Stucky, grew very, very long. I had to limit the number to just 24 more composers who then wrote their hearts out to honor Steve in the way they do best.

As the recording was shaping up to be a collective portrait of friendship, I invited two more of Steve’s trusted collaborators, Peabody Southwell (mezzo-soprano) and Carolyn Hove (oboe), to join me on the CD. Together, we close the recording with Steve’s Two Holy Sonnets of Donne (1982), based on John Donne’s defiant, mocking proclamations on the powerlessness of death.

Holding 32 individual, deeply-felt relationships in my hands has been fulfilling beyond words.

For the 32 composers, I imagine that it must have felt hardly possible to write a one- to two-minute piece that expressed all that they wanted to say about Steve. “How could I even begin to capture the depth and quiet intensity of this man?” asks Esa-Pekka Salonen in his liner note. For me, holding 32 such individual, deeply-felt relationships in my hands has been fulfilling beyond words. As reflections on Steve as a friend and teacher, the Garlands are by no means a compilation of mournful dirges. I note many cheery portrayals of him, such as in Julia Adolphe’s reimagining of his “giddy excitement” during composition lessons, Pierre Jalbert’s inclusion of a “fast rhythmic section (Steve’s wit and humor),” and Steven Mackey’s evocation of “the playful banter” that they shared. We also see Steve invoked several times in quotations of his music and of music that he loved, and in opening motives that seem to summon him with the pitches B-flat (si), E-flat (es), and G (sol), representing his initials. 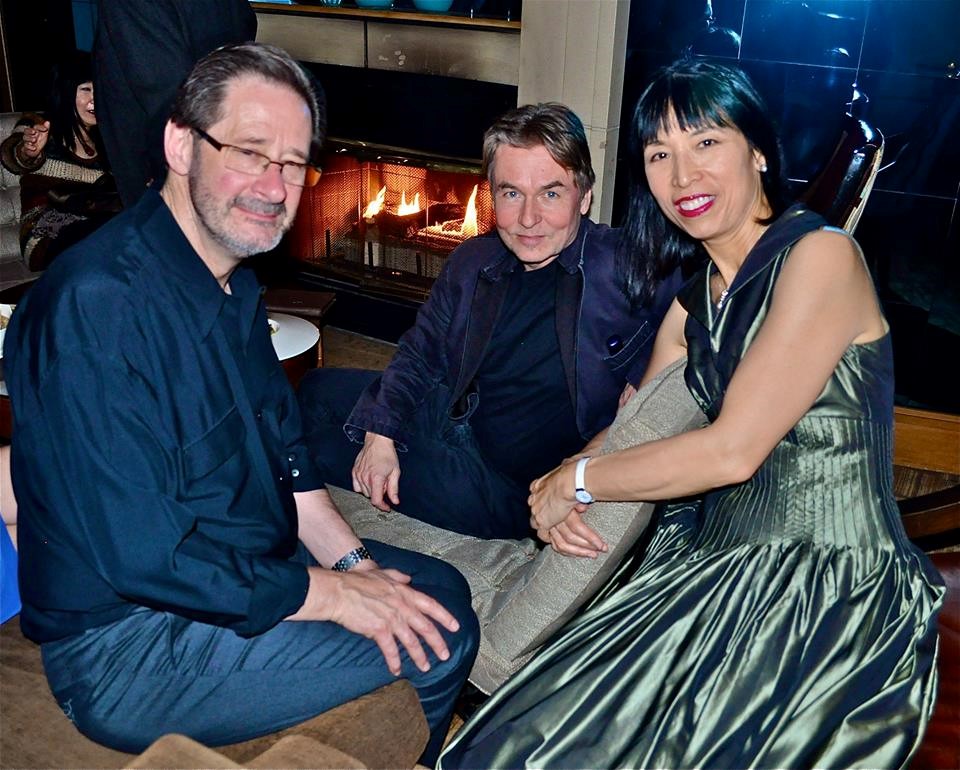 Proceeds from our CD sales and royalties will be donated to the Steven Stucky Composer Fellowship Fund. The fund was established by the Los Angeles Philharmonic to honor Steve’s vision of engaging young composers in multi-year educational programs with the orchestra. The Composer Fellowship Program continues to flourish under Program Director Andrew Norman and Teaching Artist Sarah Gibson.

The Garlands project follows another CD honoring Steve, Steven Stucky: Chamber Music, issued a year ago by pianist Xak Bjerken, Steve’s longtime colleague at Cornell, on Open G Records. I believe that I speak for all of us in hoping that we might somehow be sending a thanks to Steve for enriching our lives as he did, and for leaving us with the enduring gifts of his music, his writings, and above all, the unforgettable feast that it was have him as such an extraordinary and exemplary friend. 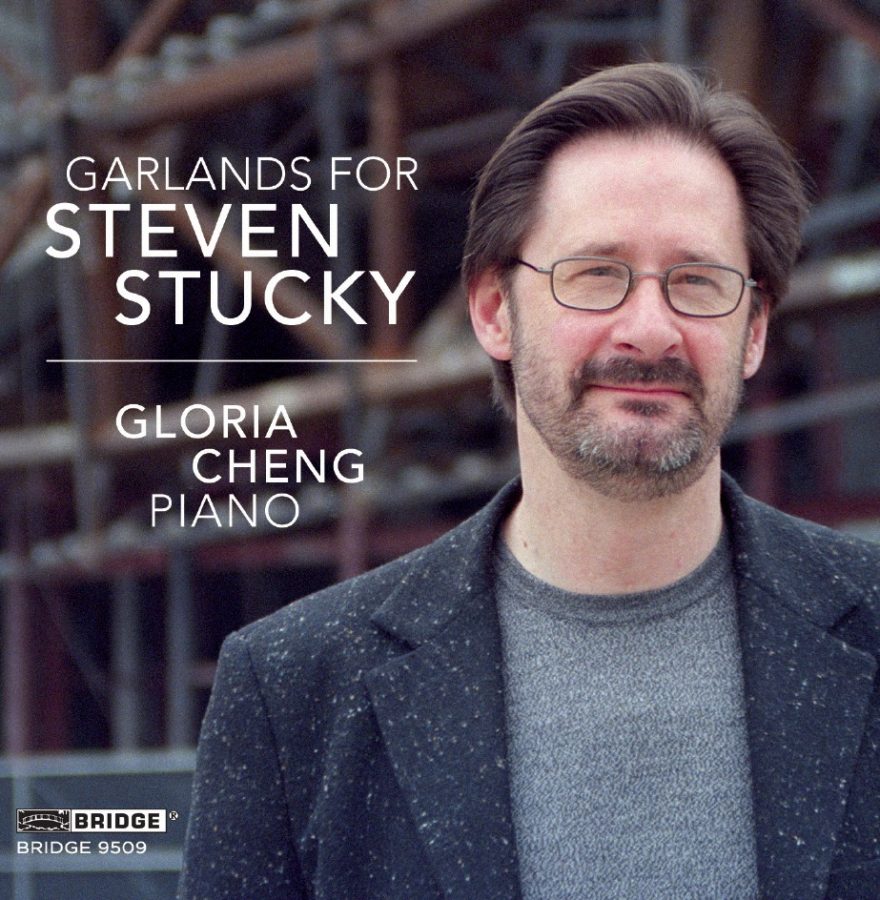