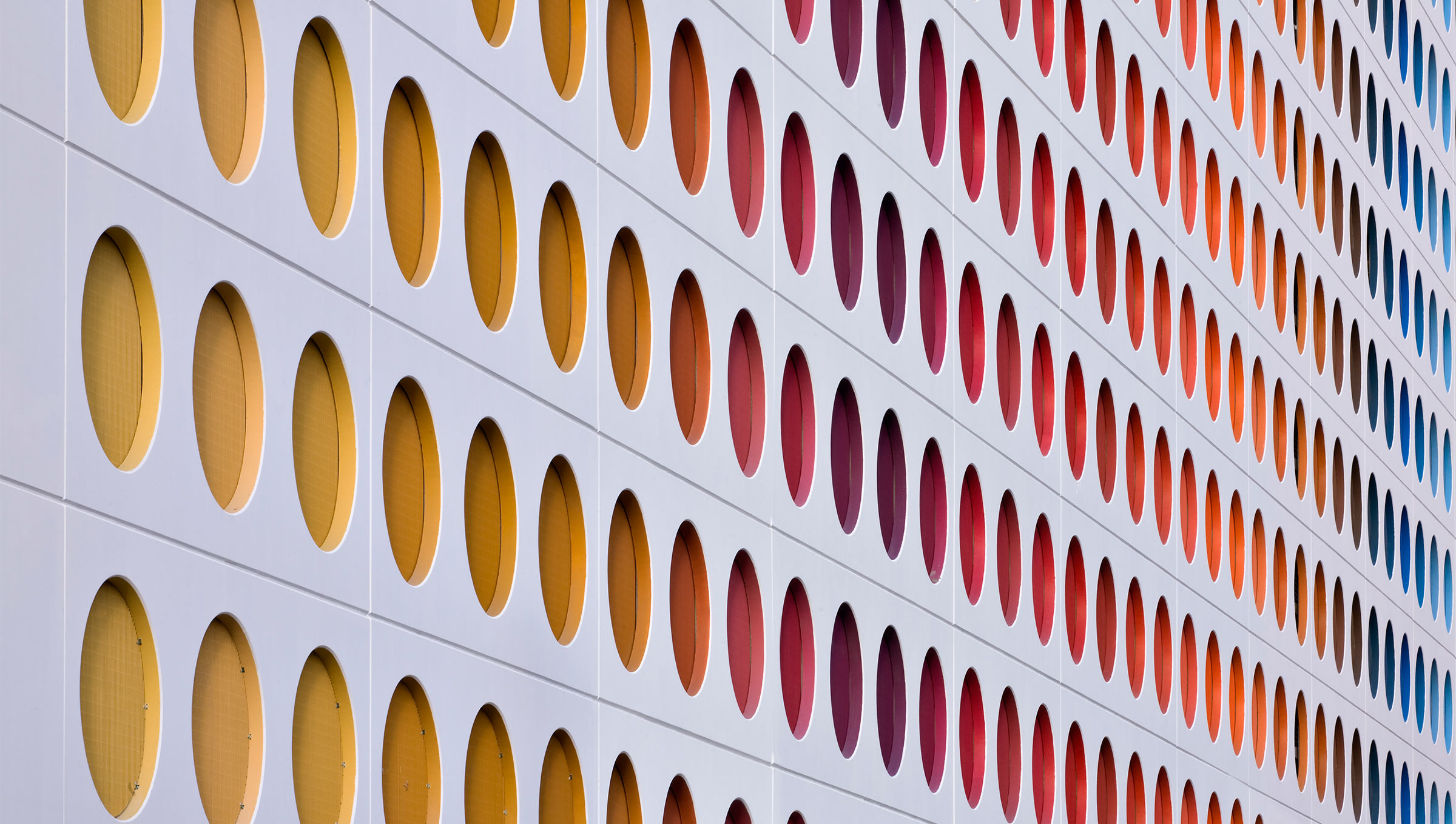 Being of East Asian descent bizarrely “explains” to people why I am a classical musician.

Simply put, my perceived Asianness is a reproduction of Orientalism. In this article, I will focus on three statements in particular that reproduce Orientalism upon my body, here in the West: 1) otherizing excellence (“The Chinese play with such discipline…it’s like a martial art to you.”), 2) obsessive focus on technical precision (“Oh my, you have great technique!”), and 3) marking otherness as a collaborative quality (“Our ensemble is not that white, because we have you.”).

In this article, I will be reading the three Orientalist statements specifically within U.S. classical music. This is not to say that comments like these do not occur in contexts outside of classical music—they indeed apply on a much larger scale. But since American classical music is where I have come to intimately know these types of comments, I will limit my focus to this scene.

Firstly, we must understand Orientalism as a historically racist, colonialist ideology; Orientalism as it manifests in 2017 is naive at best, racist and neo-colonial at worst. In the groundbreaking 1970 book Orientalism, Edward Said disarmingly defines “the Orient,” positioning it necessarily within a duality that ultimately has little to do with the Orient itself:

Orientalism is a style of thought based upon an ontological and epistemological distinction made between “the Orient” and (most of the time) “the Occident.” Thus a very large mass of writers, among whom are poets, novelists, philosophers, political theorists, economists, and imperial administrators, have accepted the basic distinction between East and West as the starting point for elaborate theories, epics, novels, social descriptions, and political accounts concerning the Orient, its people, customs, “mind,” destiny, and so on. […] The value, efficacy, strength, apparent veracity of a written statement about the Orient […] relies very little, and cannot instrumentally depend, on the Orient […] Thus all of Orientalism stands forth and away from the Orient: that Orientalism makes sense at all depends more on the West than on the Orient, and this sense is directly indebted to various Western techniques of representation that make the Orient visible, clear, ‘there’ in discourse about it. [emphasis mine]

With Orientalism defined, let’s now address each of the following statements individually and explain why they are harmful reproductions of Orientalism.

Statement #1: “The Chinese play with such discipline…it’s like a martial art to you.” When a person makes this statement, it is not intended to start a conversation about martial art. Martial art is an East Asian activity considered exotic in the West, and it is conjured precisely because it is exotically viewed. The exoticization of a commonplace human characteristic is an Orientalist notion, and like Orientalism, explains nothing about the exoticizable identity (Chinese people, martial artists) nor the exoticized element (discipline). Although discipline is indeed a desirable quality for a classical musician, this statement says nothing about discipline nor classical musicians. What it does manage to express, is two unrelated observations: 1) I notice that you are a classical musician, and 2) I notice that you are Chinese.

Statement #2: “Oh my, you have great technique!” (Great) technique is desired by all classical musicians. But, as Pablo Casals puts it, “the most perfect technique is that which is not noticed at all.” When a person states that my technique is good, as the sole observation of my playing, it puts focus on the very thing that is only good if you do not have to focus on it. Although the racial element of this comment is often not explicit, it nevertheless conjures the stereotype of a submissive Asian classical music student, exhibiting technical excellence while differing to a Western master for interpretative guidance. The prototypical manifestation of this particular type of Orientalism is the documentary film From Mao to Mozart: Isaac Stern in China (1979). In the film, violinist Isaac Stern, director Murray Lerner, and executive producer Walter Scheuer portray the Chinese classical music students as diligent, hard working, but ultimately incapable of grasping the profound essence of classical music without brief, shallow contact with a Western master. Telling enough is the most upvoted user submission on the film’s IMDb page: “scgary66” remarks on the “lack of skill development among many of the young [Chinese] musicians and the emphasis on technical skill rather than artistic interpretation.” “Scgary66” in fact proves my point: sole focus on technique, even as a compliment, diminishes the achievements of artistic interpretation. It begs the question, is it the Chinese that are focusing on technique over interpretation, or Western people in their Orientalist views of the East?

Statement #3: “Our ensemble is not that white, because we have you.” While facing occasional discrimination from stereotyping within classical music, I also have been valued for being a classical musician “of color.” This is a unique form of Orientalism because it reflects an incentive for American classical music organizations to obtain monetary funding, as well as social capital, through “achieving” racial “diversity.” I find comments of this type linked directly to multiculturalism as a prevalent, unquestioned ideology within classical music.[1] As a BIPoC, I can by no means solely represent the multitude of black, brown, and indigenous peoples that comprise this mark of identity. However, when I am valued simply for being of color (“Our ensemble isn’t that white, because we have you”), most often acting as the only person of color, I am asked to play an impossible role. This is an oversimplification of identity, and oversimplification is a form of erasure.

More broadly, the biggest flaw of valuing my otherness, whether it is about my “discipline” or “technique” or apparent affinity for “kung fu,” is that it reasserts the flawed notion, in the first place, of my otherness. I was born and raised in the United States. I’ve never been to China and I don’t speak Chinese fluently. Given my background, you can imagine the confusion, annoyance, and anger when confronted with such racially motivated comments.

Recall the things that do define my identity in classical music: rebellious, hardworking, obsessive, competitive, solitary, sporty, cerebral, and passionate. What do these words have to do with race? Not much. Does this mean race has nothing to do with my identity in classical music? Not necessarily. Each racial minority, and each person within each minority, has to come to terms with that question individually. 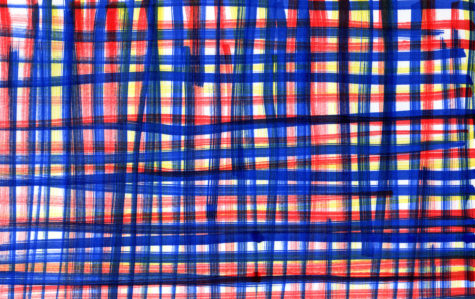 Acknowledging racism in the U.S. past and present, I often struggle to not let this weigh down on my soul. But part of staying mentally healthy as a person of color in a predominantly white profession is to avoid the denial of ugly truths. The perpetuation of Orientalism is alive and well in U.S. classical music circles—whether it is through an Orientalizing of musical talent, fixating on technique, or nuanced manifestations under multiculturalism—and it needs to stop. These modern iterations of Orientalism, though slight, enable fundamental, mainstream racist practices to continue within the American classical music scene, distracting from the profound emotional and spiritual potential of the art form.

I love classical music and I love being a classical musician. The notion of race does not enable this love (as the Asian stereotype suggests), it only distracts from it. The same way I pity the audience member who can’t see anything but my (Oriental) “technique,” my (Oriental) “discipline” or my (Oriental) “affinity for kung fu” after a 2.5 hour solo piano recital of Western classical music, or the chamber partner disillusioned by multiculturalism who values me for my vague otherness, I pity any American who can’t see past their own racism to truly appreciate music.

Amongst the brutality of racism in the United States, Orientalism in classical music is a relatively small bone to pick. Nonetheless, the subtleties of this unique form of racialization help us better understand the systemic tendencies that favor white people at the expense of those who are not white. This is not meant to create divisions between white and non-white classical musicians, or white and non-white people in general, but rather to acknowledge that Orientalism, and any other similar, xenophobic ideology, has already created these divisions.

The aim of this article was simply to educate, or to borrow Paulo Freire’s term conscientização, to raise consciousness. The more conscious we are of our words and actions, the more likely we are to replace them with more humanizing gestures, in hopes of a kinder, more tolerant world.

1. I define multiculturalism as a dominant ideology that enables contemporary manifestations of Orientalism. There is nothing inherently wrong with the celebration of multiple cultures, as a literal reading of the word suggests. However, multiculturalism as a dominant, largely unquestioned ideology is problematic. In other words, it is good to be multicultural, but problematic to support multiculturalism. Multiculturalism in arts organizations is a mechanism through which racism plays out in classical music. Competing for resources (funding, audiences), American arts organizations are keenly aware of the importance of exhibiting an affinity for diversity and inclusion as concepts. However, though well intentioned, the way in which these concepts are “achieved” is deeply flawed. 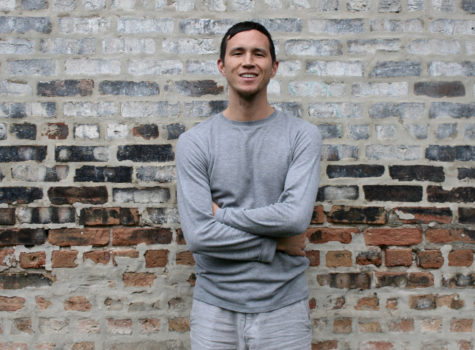 Shi An Costello (世安) is a classical pianist, composer, writer, actor, and activist. They regularly write and report for Family Court Nightmares and the media/communications team at Asian Americans for Advancing Justice-Chicago; they have contributed articles to FOCI Arts, chicshifter, Riksha, and Performance Response Journal on the topics of economy, fashion, and the intersections of race and gender. As a writer, Shi An is interested in articulating politics, activism, and law as performance. As a musician, Shi An is currently on the piano faculty of New Music School in Chicago. They regularly perform in both solo and chamber settings across North America. They hold a B.M. from Columbia College magna cum laude, and an M.Mus from Schulich School of Music at McGill University. Shi An served as a visiting artist in the composition department of Boston Conservatory from 2013-14 and has run the Morton Feldman Chamber Players since 2014. His solo debut CD will be released with Blue Griffin Records in the fall of 2017, featuring preludes and fugues of J.S. Bach and Dmitri Shostakovich.