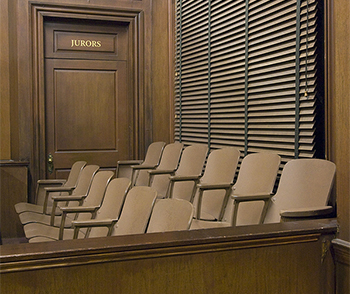 For those of us who mark our days according to an academic calendar, activity is winding down–for a few weeks, at least. However, the end-of-term stresses that plague most subject areas are usually absent from music composition because, by the very nature of our medium, our work is front-loaded into the first half of the semester/term. By the time everyone else is cramming for final exams and performance juries, composers should have already completed an appropriate amount of music and either have it performed and recorded or at least have created a decent aural mock-up to present to others.

Music students are usually expected to take part in performance juries as the “final” aspect of their private lessons. These juries, for the uninitiated, are where performers are brought into a room to play through selected repertoire and, depending on their level, demonstrate various proficiencies on their instrument. By comparison, many composition studios do not have any end-of-term experience or expectations for their composition students; the last lesson comes and goes, and while the past semester’s work may be discussed informally, there is no comprehensive structure for assessing the students individually and the studio as a whole. This was my experience going into my doctoral studies at the University of Texas, and when I discovered that students there were expected to take part in composition juries at the end of each semester, I asked the same question that I’ve been fielding since I instituted them where I teach: What happens in a composition jury?

As I see it, composition juries serve several purposes for the student. First, they provide students with the opportunity to collect all that they have created during that term and reflect on what they have accomplished. The expectation for cleanly edited scores helps to ensure that that bit of drudgery is completed in a timely manner. The pressure to respond to criticism and critique by the entire composition faculty is probably the least enjoyable part of the jury, but it does help to prepare the student for the critiques to come post-graduation. Finally, the student is expected to “perform,” though not in the same way as in an instrumental or voice jury; it is very important for composers to be able to defend what they have created, concisely explain their process, and provide cogent proof that they are not only aware of their own artistic philosophies but that they are aware of how those philosophies are evolving over time.

I am aware that this end-of-term assessment concept is not universally held; many highly respected institutions forgo any such thing, and it took a bit of convincing to bring my own department around to the idea. If anything, the juries serve to emphasize how important it is for composers to both understand what they’re doing as they create and gain the proper skills to convey their ideas to the outside world. “Let the music speak for itself” is a noble concept, but in today’s age of pre-concert talks, grant proposals, and public interaction, running the gauntlet of a composition jury can help to prepare composers for what is to come.

Sometimes it takes a while to take a hint.

One of the vestiges that I have clung to from my pre-teaching days is the idea that I can compose at any time during the year, regardless of what else is going on in my life. I’ve prided myself on the fact that I could “turn it on” when I found time and could write effectively well into the night, negotiating my composing schedule around any other commitments I may have had. Over the years these ideas became habit and affected what type of projects I would take on and when I would estimate I could accomplish them.

As you might imagine, such habits are not exactly healthy and they have indeed slowly crumbled over the past five years—not surprisingly, the exact amount of time since I took a full-time teaching position. I had been teaching a fair amount before moving to western New York, so balancing my composing and teaching duties was not a new dragon to slay; both visiting and adjunct positions were challenging, but did not stand in the way of my writing projects. But recently—say, the past two to three years—it has become increasingly difficult to find that delicate balance.

The knee-jerk reaction to such a situation is to look at the amount of time that I have allotted towards composing compared to my other duties, as if time is the crux of the problem. And, of course, my calendar has become a bit more crowded—not only with the myriad responsibilities that come with academia (read: committees, curriculum paperwork, guest artists, more committees, etc.), but with the various other projects that I seem to create for myself (read: my interviews/book project, the column you are currently reading, etc.). My initial response to that knee-jerk reaction has been that I’ve dealt with such challenges before and my time-juggling skills are efficient enough that I should be able to manage.

The past few weeks have been nudging me in the ribs, telling me that my old habits may need to be revisited. The fall semester had been quite barren as far as compositional productivity was concerned, which didn’t bode well for the projects that were due by the end of the year. It wasn’t until the day after my final exams were finished that the wellspring finally decided to produce results, and over the following days I wrote more in a week than I had in four months; the works had been thought about, mulled over, planned, and re-planned, but the notes had been elusive till then. Those of us who create know how this feels, and once you’re riding that wave, you don’t question it—just close your eyes and hold on for dear life.

My interviews with other composers have consistently brought up not only the concept of time (which I discussed last year), but also the ability to clear one’s head and allow oneself to be open to whatever comes. I am convinced that it was the combination of unbroken chunks of time to work and the blessed freedom to not think about anything else other than the music in front of me that was the impetus for this latest creative watershed. Time itself is a requirement, to be sure, but the addition of “headspace” is both an obvious and easily overlooked necessity for creativity, and two of my resolutions this year are to explore how to both find more headspace and, taking a hint, to be more realistic when gauging when I can be productive.

I’m very interested to hear what you do to deal with this idea of headspace. The comment section is open for business!

It was good to read Colin Holter’s post this week on collaborating with a singer/songwriter as an arranger for an upcoming album, because it’s so rare that I get to hear about arranging from another composer’s viewpoint. The fact that he seems to be enjoying the endeavor was a plus—arranging, from my experience, seems to be given a bit of a cold shoulder by many composers as something to do to make some extra coin or in one’s spare time between composing gigs. The act of arranging pre-existing musical material is, in my humble opinion, a valuable and yet rarely examined tool in a composer’s toolbox, as well as a useful portal through which musicians with little composing experience can enter the wonderful world of creative musical writing.

The term itself is more closely associated with its roots in jazz and popular styles. Duke Ellington, Gil Evans, Stan Kenton, Gunther Schuller, Thad Jones, Bill Holman, and the very recently departed Bob Brookmeyer are just a handful of the arrangers who raised the vocation from a craft to an art. There are, of course, plenty of examples of “arrangements” in the concert music genre, but they are usually thought of as “settings” of songs, such as those by Benjamin Britten, Ralph Vaughan-Williams, Gustav Holst, Malcom Arnold, and others. It is not that far a divide, for example, between Vaughan-Williams’s Fantasias and the arrangements that Gil Evans wrote in his collaborations with Miles Davis.

The very concept of “arranging” can cover a wide gamut of possibilities, from an extremely simple, no-frills setting to a monstrously complex re-imagining of the original material. Much of this depends on the original material in question; if the music being arranged is a folk song or lead sheet tune, then it is much easier to explore various abstract directions than if the project consists of arranging a modern popular song, where the original instrumentation/formal structure/solos/etc. inherent in the original recording are often thought of as sacrosanct. Below are examples of both extremes—the original 1932 recording of Ann Ronell’s “Willow Weep for Me” (itself in an arrangement by Paul Whiteman) and Bob Brookmeyer’s arrangement of the same tune with the awesome Ingrid Jensen as soloist, compared with Aphex Twin’s “4” and Alarm Will Sound’s performance of an arrangement of “4” by Jessica Johnson and Payton MacDonald.

Explicit in arrangements like these is that we can still hear and recognize the music being arranged and, for the most part, there isn’t much newly composed material being added by the writer. This expectation of hewing closely to the original music is one of the aspects of arranging that makes it easier for new writers to feel comfortable as they gain their chops while being more challenging to experienced composers whose instincts are to develop the material and push the envelope away from recognition.

For me personally, I see arranging as one of the more enjoyable musical games one can play as a creative artist. I started out as an arranger (a story I told this past summer), and whenever I get a chance to take on an arranging project for fun or profit, it always seems like the pressure I feel when I’m composing goes away and I can just dig into the various musical nooks and crannies and hopefully bring to the listener a new angle on the tune that they would not have considered. Arranging at its highest level can be just as fulfilling as composing and if you haven’t tried it, you should definitely have a taste. (Just be sure to get permission first!)