American art is all about exploration and coming up with new ideas and going places that nobody had dared to go before.

For our 2015-16 season here in Louisville we came up with the concept of a yearly festival that would celebrate art from this country and connect with the incredible story of the Louisville Orchestra that developed over the last half a century. The Festival of American Music would center on living composers from this country—as well as around styles of music that you might not necessarily expect a symphony orchestra to play—and would engender a spirit of improvisation, trial, and experimentation. It seemed like a festival of this type very much encapsulated the concept of American art. American art is all about exploration and coming up with new ideas and going places that nobody had dared to go before. So much of American art is also about synthesizing elements that come from around the world, as well as those that come from us right here, as a diverse population.

In curating this festival, I considered a number of things. American composers don’t form a monolithic block. (I think that’s actually one of the coolest things about them.) In 19th-century America, you had composers like Charles Ives, and his even wilder father, George Ives, who—long before anybody else—were experimenting with how to represent the world as it really sounded and how to use those sounds in a way that meant something to an everyday American. Up to that point, a lot of American composers were still trying to emulate Europeans. Once Ives made his statement, it paved the way for other American composers to write in ways that no one else had done before. Then the populist movement came on the scene and Copland was the composer who really blew apart that door to American folk music and Americana. Gershwin did that simultaneously with jazz and blues. And that has been the hallmark of Americanism in music—a constant exploration and expansion of boundaries.

With today’s composers writing in such disparate styles, it’s difficult to pinpoint what makes them “sound American.” Typically when we think of the American sound, it almost always goes back to something vaguely “Copland-y” or “Gershwin-like.” But if you’re building a festival around American music at a symphony orchestra, you not only have to recognize the wonderful music written for a symphony orchestra. You also have to be very respectful and cognizant of American music being far broader than anything written for an orchestra—actual jazz, actual bluegrass, actual folk music, actual hymns, actual cowboy tunes. These are also authentic American music. And it’s important that when you’re representing yourself broadly, it’s not just about a composer’s interpretation, but it’s also about those things themselves in their authentic, genuine state. That’s something I think about all the time.

If you were to think of an orchestra playing a piece with an American sound, probably something like Copland’s Fanfare for the Common Man or Appalachian Spring would come to mind. But if you were thinking of just American music, it would be a much bigger picture. This country essentially came up with blues and jazz, with popular music as we know it, and with rock and roll. Virtually every other style that came in the second half of the 20th century wouldn’t exist without blues and jazz. They’re distinctly American. As is bluegrass and rap. I’m always cognizant of that bigger picture.

With all that in mind, as we’re now in the second year of the Festival of American Music, I thought the way to honor all of these elements of American music was to give each concert a central identity. Two of our concerts this year are celebrations of iconic American artists: Michael Tilson Thomas and Ben Folds. I think it’s safe to say that Michael Tilson Thomas is one of the most respected musicians to come out of the United States, not only as a conductor but as a composer, an educator, and as a person who bridged incredible divides in musical history. And Ben Folds is a remarkably talented and adventurous song writer, pianist, and musical maverick. For the thematic programs, one centers on all living female composers, and the other on the American Journey—from iconic American composers of the past to modern composers.

Celebrating the individual musical mavericks that have shaped orchestral music as well as pushed the boundaries of the concert hall, female composers who are telling their stories through music, founders of what we call the “American orchestral sound,” and the new guard of American composers taking risks and experimenting with sound are the hallmarks of the American musical landscape. Taken in its entirety, these three weeks of the Festival of American Music encompasses the incredible range and diversity that is American music. 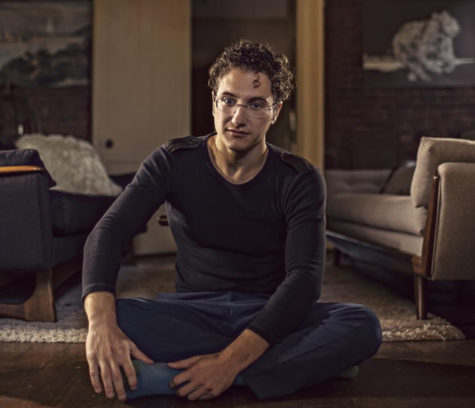 An unusually versatile musician, Teddy Abrams is a widely acclaimed conductor, as well as an established pianist, clarinetist, composer and music educator. Now in his third season as Music Director of the Louisville Orchestra, he is also Music Director and Conductor of the Britt Classical Festival. Dedicated to exploring new and engaging ways to communicate with a diverse range of audiences, Abrams co-founded the Sixth Floor Trio in 2008 with fellow alumni of the Curtis Institute of Music.