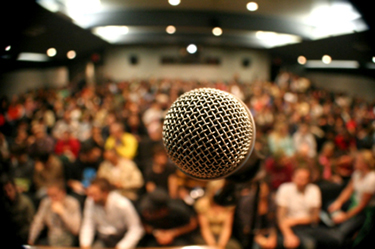 Is this thing on? Welcoming new voices to NewMusicBox in 2014.

You may have noticed some new bylines behind our blog posts this week. In an effort to keep pace with the myriad ideas and issues vibrating through our field, we’ll be inviting two new columnists to join us each month in 2014. These 24 fresh voices will bring a new slate of diverse perspectives to the site and, with your help, generate some inspired conversation around all manner of topics related to the production and promotion of new music in the USA. Percussionist Adam Sliwinski and composer Alex Temple have already kicked things off with posts on the benefits of collaborative projects and the politics of borrowed material. We hope you’ll check out what they’ve written and share your own thoughts.

But hey, you might be asking, where did my favorite bloggers go?
These changes are in no way meant to imply that we’ve lost any love for our previous team of regular bloggers. Quite the contrary—we cannot offer appreciation enough for their dedication to inspiring conversation on the site, week after week. Now they will be given more time and more room to dig deeper into the topics they have most loved while they were short-form blogging. So you’ll still be able to find deep, prize-winning analysis from Isaac Schankler, video game reviews and field insights from Dan Visconti, jazz reflections from Ratzo B. Harris, and more pot stirring from Rob Deemer in the months ahead.
NewMusicBox is your community. Is there a topic or concern you would like to read about in 2014? Drop us a comment below! 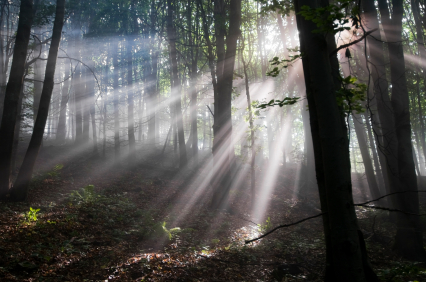 Earlier this week, for a few brief moments, I got to play the role of Santa Claus. The receiver of gifts was not a young child but a colleague several years my senior to whom I was delivering a short new work for wind band, hot off the presses. It was a gift of sorts, written as a congratulatory gesture for the 30th anniversary of the local community band that he conducts up near Buffalo, but his reaction still caught me off guard. I’ve seen performers react with trepidation, “roll up our sleeves” enthusiasm, or even a quiet relief that their commission was a success or that the work was not too difficult, but his was a combination of excitement that he was sure his band was going to feel about the new piece along with a sense of wonder about the very fact that this music had not existed a week before.

It was this sense of wonder that resonated with me long after I left him with his new piece. A cynic would have labeled it as naiveté, but that wasn’t it; this was an experienced performer and educator who still enjoyed music making at a foundational level with his friends for his community in an environment where newly composed works are quite rare, save for the occasional new march or Broadway medley. It reminded me that, outside of the established and growing circles of performers and ensembles that specialize in contemporary concert music, there is still a vast, untapped population that not only is able to enjoy listening to new music but that enjoys playing it as well.

I discovered proof of this several weeks ago when I was invited down to the Chautauqua Institution for a special concert that included a band work I had written years ago. Under the auspices of a national organization called the New Horizons International Music Association, the concert was special because the performers were adults, many over retirement age, who had either put down their instruments after high school or who had never played an instrument before. Invited from local New Horizons chapters from all over the country and Canada, they had gathered at Chautauqua for several days of music making for the sheer love of it. After the concert, many of the performers expressed that same wonder that my conductor colleague had about the creation of music and how it affected them.

It is all too easy for those of us who are active in new music to get so focused on the workings of the business–be they awards, commissions, premieres, recordings, scandals, spats, or celebrations–that we lose sight of the simple gifts inherent within our art form. As the comedian Louis C.K. points out regarding our society’s ambivalence towards the miracle of human flight, we take so much of our world for granted that we don’t see the magic around us. For we who are deeply surrounded by the trees, so to speak, it is not only uplifting but also necessary for us to seek out opportunities to be reminded of the forest. 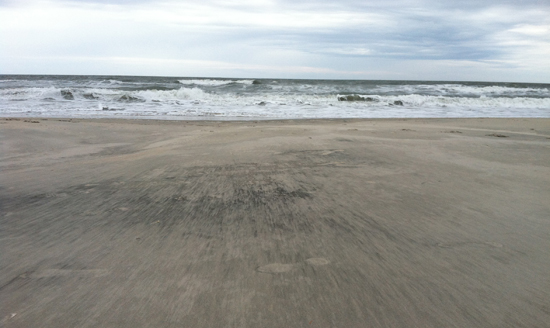 I spent most of my formative years dividing my time between Los Angeles and Idaho. The jagged mountain peaks and ocean waves of these Western landscapes shaped my ideals of natural beauty. As an adult, I’ve lived exclusively in the mid-Atlantic and the Midwest, which has forced me to begin to reconsider my relationship with the world around me.

While there are mountains above 5,000 feet in the middle of the city of Los Angeles, the highest point in the entire state of Illinois (where I lived for over a decade) is actually the top of Chicago’s Willis (formerly Sears) Tower. I’ve compensated by spending more time looking closely at the subtle details around me, learning to distinguish between the behavior of the various bird species found in my local parks and nature preserves, teaching myself to cherish my sightings of warblers the way I formerly treasured mountain tops. I’ve replaced the Pacific vistas of my youth with the more confined aesthetics of lakes, bays, and rivers.

These new obsessions have largely filled my need for natural beauty, and have shaped much of my music from the past several years; however, I recently began to feel hemmed in by the world around me. After a great deal of thought, I realized that this visceral sensation derived from my lack of recent exposure to wide open spaces. Since the Eastern U.S.—with its older and more rounded hills—has no mountain peaks that remotely replicate the youthful terrain of the Rockies, the Sierra Nevadas, or even the Los Angeles Mountains, I quickly settled on the idea of a vacation on the Atlantic coast.

My recent week staying on the island of Chincoteague, with daily trips to the neighboring Assateague Island National Seashore, alleviated all the pressure that had been building for many years. I was calmed by the mere act of standing on the coast looking out into waves with the knowledge that this vista extended as far as Portugal. I sensed my horizons expanding, recalibrating back to their original settings.

I am uncertain how this period of personal renewal will change my compositions, or even whether it will have any effect at all. But I am hopeful that this releasing of what has functioned as a pressure valve within my life will allow me to reconsider some of my recent musical obsessions. And since the ocean visit was so effective for me, I’m starting to plan towards a mountain trip as well. Hopefully, I will be able to keep this sense of expansiveness and boundless horizons as an active part of my life.