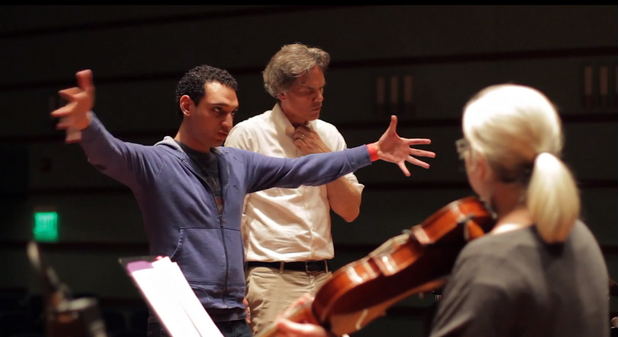 Krista Tippett’s On Being, the widely syndicated NPR show formerly known as Speaking of Faith, doesn’t record interviews with just anybody. Each week, Tippett sits down for in-depth conversations with some of the most influential figures of the 21st century, from superstar poet Mary Oliver to the Thich Nhat Hanh, from “living saint” Jean Vanier to marketing guru Seth Godin.

With its expansive, hour-long format and intimate feel, On Being allows listeners to feel like they’re getting a one-on-one with today’s spiritual and creative heroes. Or maybe that’s just me—I’m a huge fan of the show and have chopped many rounds of vegetables in the kitchen while absorbing its wisdom and good vibes.

When a journalist like Tippett can interview anyone in the world, which musicians does she choose? And what does this tell us about musicians’ perceived impact in the wider world? Below, I’ve linked to five On Being episodes featuring musicians that Tippett found interesting enough to interview: engaging songwriters, legendary performers, and even a few composers of concert music. Although each interview is intended for an audience of musical laypeople, there’s some great stuff here for the field insiders, too.

Photo by Ben Brewer, via onbeing.org

Mohammed Fairouz: If you interpret “composer of concert music” strictly, Fairouz is the only On Being interviewee who fits the bill—and he’s not even thirty yet. Specialists may roll their eyes a little at the characterization of Fairouz as a “post-millennial Schubert” or gawk at the swaggering bravado he demonstrates when discussing everything from composition to statecraft. But there’s no question that Fairouz’s engagement with political issues has come to national attention. (NewMusicBox, of course, was way ahead of this and featured Fairouz in a Spotlight three years ago!)

Gustavo Santaolalla: Film music—perhaps our culture’s biggest remaining gateway into concert music—is the subject of this episode. Tippett chose Santaolalla because he’s scored some widely beloved films, including Brokeback Mountain, and makes compelling use of “world music” idioms such as tango. Santaolalla makes for a charming, slippery interview subject. He’s clearly an artist whose work is better experienced than discussed; he is congenial but refuses to “describe” or nail down his music with glib descriptions or sound bytes.

Meredith Monk: The wise, funny Monk is the perfect match for Tippett’s wide-eyed interview style. Monk is utterly endearing in this interview, and demonstrates her spiritual commitment to live performance: “When you are that present, and you are that awake,” Monk said excitedly, “the audience experiences the deepest part of themselves—and the whole situation becomes transcendent. The way we live our lives is not necessarily with that level of presence.”

Rosanne Cash: A fabulously intimate interview with the respected songwriter, author, and daughter of the late Johnny Cash. Lovers of the elder Cash will treasure her candid memories of her father, and her reflections on finding one’s creative voice are valuable for artists in every field. She tells an amazing story about the day she decided not to be a dilettante: “I was leading myself into an ever-narrowing corner with my work. I knew that if I kept dabbling, and trying to make hit records, and not going deeper into what I did or developing a mastery of it, that that was it. I was going to end up doing parodies of myself.” 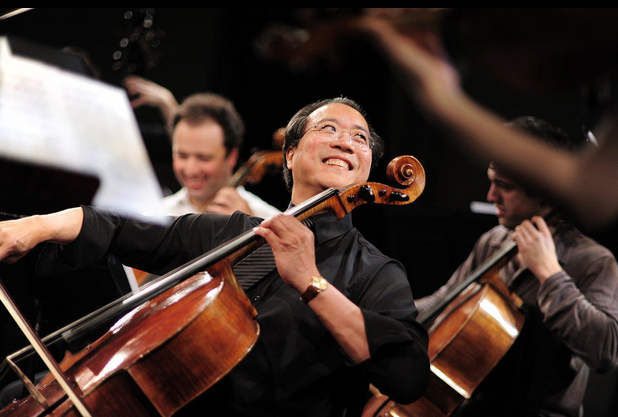 Yo-Yo Ma: In Chicago, it’s starting to feel like the famous cellist is just a loyal friend who shows up at every party. Ma spearheads the ambitious, populist Citizen Musician initiative and is the Judson Greene Creative Consultant at the Chicago Symphony. In this interview, we get a taste of the idealism and boundless energy that have made him one of classical music’s most prominent figures. “I often ask musicians, do you think of yourself as your instrument? As a musician? Or as a human being? And what is the ratio between the three? I think the citizen part is towards the human part.”