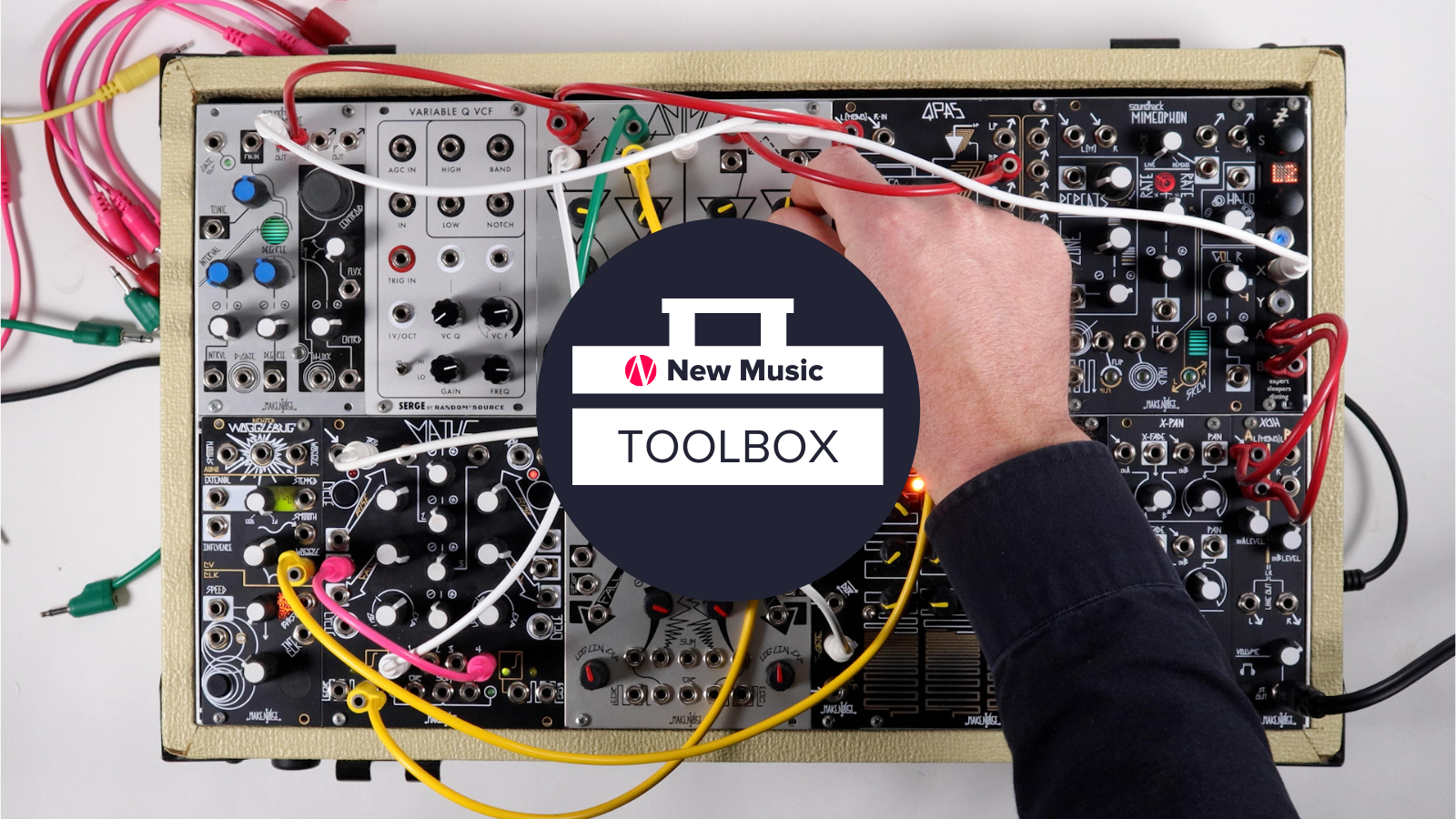 Why bother replicating environmental sounds through electronic music synthesis when recording something is faster and more accurate? What is the point of recreating something when that thing already exists. For these questions, I have a philosophical answer and a practical answer.

On the philosophical side, fabricating a simulacra of the sounds around us is at its core a meditative process, built equally around practices of listening and analysis. It pays respect to the omnipresence of the invisible and honors the complexity of seemingly simple things. It unlocks new techniques for interaction with our instruments and enriches our experience of the world apart from them: “what makes up that sound” becomes something of a walking mantra impressing itself on everything you hear.

On the practical side, a recording is a life-like portrait, fixed and unchanging. It excludes from us the agency to restructure the world it captures. It relegates our creative interactions to the realm of post-processing (i.e. filtering, adding reverb, etc.) to emphasize or hide aspects of the events captured on tape.

The technique I’ll explain in this article takes the opposite approach: utilizing filtering, reverb, etc. as foundational elements for creating real-world portraiture while retaining the freedom of dream-logic malleability. Can you record the sound of a tin room in which a prop plane idles while its engine keeps changing size? Maybe. Can you synthesize it? Definitely.

Approaching a sound with the goal of recreating it is like listening to an exploded diagram, where a sonic totality is divided into components and considered individually. It is with an ear to this deliberate listening that I share with you words that have guided my work for the past decade, passed along to me by the great Bob Snyder, a Chicago-based artist, educator and friend, in the form of his “Ear Training” synthesis exercises. He started with a simple question through which the components of any sound can be observed and serve as a roadmap for from-scratch fabrication. “Is a sound noisy or tonal, and is its movement (if it has any) regular or irregular?”

Let’s do a quick exercise: listen to a sound, any sound (a baby crying, a phone ringing), and ask yourself: can I hum it? Trace the movement of the sound with your hand in the air and observe: is it rising and falling in a pattern? The answers to these questions point toward the equipment needed to recreate them. If the sound is tonal (if you can hum it), select an oscillator; if it isn’t, choose a noise generator. There are of course plenty of sounds that have both (a howling wind, the word “cha,” etc.) but for this initial thought experiment choose a tone or noise source to best fit whatever is the sound’s dominant component.

Next, is something about the sound changing? It could be its amplitude, its pitch, its timbre, etc., but if you find yourself tracing out this motion with your hand note how your hand is moving: regularly (up and down, like a car alarm) or less regularly (like shoes clanking away in a drier). A repeating motion would point toward a looping, cyclical modulator (a low frequency oscillator, a sequencer, etc.), where irregular motion would indicate something either noise-based or a mixture of otherwise unrelated things. Either jot these observations down or keep them in your head, whatever works best for you— the important thing is to remain cognizant of them as they accumulate.

To recreate a sound from scratch is to assemble these observations as discrete instructional steps. Try not to get bogged down by the totality of the sound itself. Instead focus on these component parts: the sound is nothing more than a list of them in aggregate.

Start with the basics—tone or noise, what about it is it changing— and slowly zoom in on the details from there. Wind blowing through a grove of trees is noisy and irregular. Sometimes the leaves rustle with more treble, sometimes with more mid-range. These various noisy timbres seem to happen sequentially, rather than simultaneously, as if the branches pushed one way sound different than when the wind changes direction and pushes them the other, and so on. Study the sound, note these characteristics, think of your observations as a decoder ring.

Hopefully this provides something of an overview of the opportunities that are possible in synthesizing environmental sounds and lays out some of the aspects of sound to focus on in your listening. Now let’s try our hand at a concrete example and patch something up!

I’d like to synthesize the sounds of the beach, in particular a memory I have of an afternoon spent there as a child.  We’ll begin with the sound of ocean waves from the listening perspective of the shoreline. It’s low tide and the surf is mild. The sun hangs in the air, lazily

Once we have a working version of our central sound component, I find it helpful to surround it with supporting contextual sonics. These reinforce our creation’s place in this fabricated soundscape and allow for a degree of set-dressing about which the details are entirely ours to decide. Are these ocean waves happening on a beach or are they crashing in an office? Those decisions are executed through the inclusion of these background characters.

For this patch, I’ll play it straight and set the sound stereotypically. To create the sense of a shoreline, the focus will be on a pair of hallmarks—things you might hear (and in this case things I remember hearing) while sitting on the beach and listening to the waves: the dull roar of the ocean and the whipping hiss of the wind.

In tuning these sounds I’ll be utilizing Low and High Pass filters, and doing so with an ear for how each filter type represents distance: using Low Pass filters for sounds that are far away (and whose top end has rolled off), and High Pass filters for sounds that are close-up (and whose top end is accentuated). Additionally, setting the relative level of these sounds against each other paints a portrait of attention: the sounds being focused on (in this case the waves) can seem louder than their neighbors (the wind, the ocean), and should that observation shift for any reason this balance can be adjusted accordingly.

Finally, the addition of narrative elements can lend to this sound-portrait some much-appreciated variety: if the background is always there, the things that come and go can pull us into a far more immersive listening experience.

To illustrate this point we’ll create the sound of a single-passenger plane in flight, passing overhead.  Unlike our wave, wind and ocean patches, this one is definitely hummable and will require tone sources to synthesize.  While there are myriad ways to go about recreating engine sonics, each essentially contains at least an oscillator and at least some timbral complexity, especially if that engine is full of moving parts!  The aspects that you choose to focus on in your own engine synthesis work will depend greatly on your listening work: what about the sound jumps out to you?  What is essential?  In the case of the single-passenger plane, I’ll be celebrating its beat-frequency-like movement, its stereo position adjustments and the Doppler Effect that occurs as it passes from one side of the beach to the other.

Now that we have our waves, our environment and our wildcard narrative element, let’s combine them into a performance. The world we create in the mixing of these sounds is at any point re-definable: on a whim the ocean can become tiny, the wind can whip itself up into a terrifying wall, the waves can pause and hold mid-crash. While the example illustrated below is one that tilts towards accuracy it can at any moment morph into something else entirely: a far more fantastical collage of sonic impossibilities or simply the next memory that comes to mind. The fluidity of the portrait is entirely yours to decide.

Like any skill, decoding and fabricating environmental sounds is an exercise that rewards practice. I encourage you to start as soon as you finish this article. Close your eyes and whatever you hear or imagine first ask yourself: what makes up that sound? Thanks for listening.