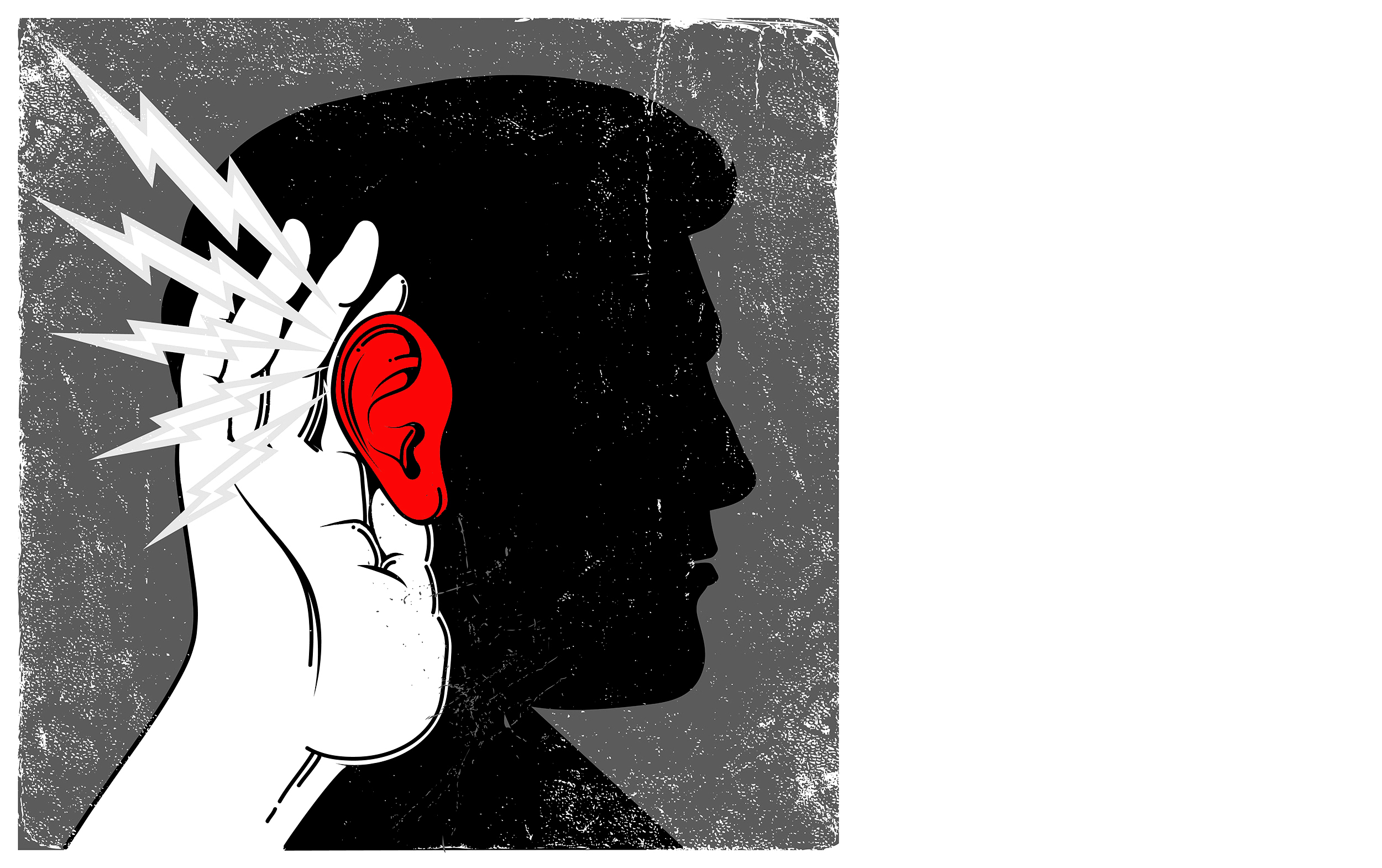 As a composer, performer, and lover of almost every stripe of music, I feel it’s important that “…But I Hate Modern Music,” the recent article by Maia Jasper White that was published in NewMusicBox, receive a thorough and thoughtful response.

As a composer I rely on the good will and enthusiasm of musicians such as Jasper White for the effective performance of my music. As a performer, I sit in the same ensembles, and I most certainly am part of the same audiences. Perhaps this is why I was so disappointed by the dismissive tone of her article, and I feel compelled to set the record at least a bit straighter, from a composer’s point of view.

So first off, let’s talk about the opening disclaimer that all art is subjective. All art is definitely NOT subjective. For example, the stick figure drawings of a two-year-old may be heartwarming and worthy of a spot on the fridge, but we can all objectively agree on their relative quality and value within a very narrow range. When art reaches a high level of professional accomplishment that requires peer review for funding and curation for its production, the objective measures are very often already in place.

What the article refers to in terms of subjectivity isn’t actually a matter of taste. It’s a matter of expectation. When it comes to art and artistic renderings, there is, unfortunately, often a disconnect between what an artist is presenting and what an audience believes their price of admission is buying. For example, I once knew a very lovely and open-minded army veteran who loathed hearing pop artists sing the national anthem. Yes, he even hated Whitney Houston’s Super Bowl version—and he otherwise loved Whitney Houston’s singing. He hated her rendition because he believed the purpose of singing the national anthem before sporting events was so that we could all take a moment to collectively show our respect for our country. In his mind, Whitney was showing disrespect through her (in his mind) self-serving reinterpretation of the song. There was nothing subjective when considering the quality of the performance, only in the expectation of the way it should serve its audience.

As for the further disclaimer that art is too often shielded from criticism, it’s off base even in its sarcasm. While I do believe that art—through its attempt to reflect and challenge the norms of our culture and society, to express the inner working of the mind, and to inspire contemplation in those who engage with it—does hold intrinsic value, I’ve never experienced or even witnessed that aura of social value sparing it from criticism. Note that within the article I’m responding to here, the author confesses that she walked out on the performance she was attending. Criticism of contemporary art is alive and well and thriving in the hearts of every person who engages with it. Isn’t that half the fun? Isn’t that, at least in some part, the point? When you go to the movies, you don’t walk home talking about the weather; you dissect your experience. Sometimes ruthlessly. Sometimes you walk out. When you walk out, you can blame the filmmaker for letting you down, or you can kick yourself for not having gone to Rotten Tomatoes to see what the critics and other audience members thought, for not watching the trailer ahead of time, for not having checked out what your favorite reviewer thought, maybe even checking out other films by the same director, screenwriter, lead actors, etc.

I simply don’t believe that the author is attempting to soothe the collective consciences of concertgoers who have been traumatized by their new music experiences. No, there is no hostage taking being perpetrated by composers today.

Here’s why I don’t believe it: while the author claims to “love and respect” composition, and to be a champion of contemporary music, the entirety of the article is an explication of what a single concert programmer expects contemporary music to do for her. Remember what I wrote above about expectations?  I do not think that’s what a champion of art does.

Champions of art seek connections. They seek connections between themselves and the artists, between the work of those artists and other works they’ve experienced, between the works of art and the lives of their constituents, between the motivations of the artist and the world in which we live. A champion of art is a translator, a cheerleader, an ambassador, a confidante, and sometimes a guru. A champion feels an obligation equally to the constituents who have placed their trust in them, and to the composers who they are ushering to the ears of the public. At least from what I can infer from this article, the model being presented is not of a new music champion.

When the author writes about bearing the brunt of concertgoers’ complaints toward contemporary offerings, she seems to be blaming composers for putting her in the awkward position of having a career as a professional performer. When she brushes off her parents’ negative response as a fact of human nature, she makes the concept of swaying their opinions seem akin to climbing Mt. Everest. In fact it’s much more liking visiting the summit of Mt. Washington. Yes the climb can be taxing, but there’s a road that goes up the back side of the mountain, in case you’d rather drive.

Remember what I said about being a champion of new music in the previous paragraph?  When people seek you out with negative opinions, champions of new music don’t take it as a complaint. They take it as a plea for your ambassadorial acumen. They don’t want their confusion to be validated—and if they do, that’s not your job, thank you very much. They want their confusion to be alleviated. Give them a map for the road up the back side of the mountain. Hell, ride along with them.

Champions of living artists are indeed an endangered species. We have far too few models. There is no critical mass of new music champions inspiring a next generation of impresarios, patrons, and yes, musician/curators to take up the torch.

To that end, it’s not helpful to acknowledge experiences with new music ranging from “profound to insufferable” without examining deeply what it is that creates that distinction for a given listener. It’s not helpful to deflect one’s own responsibility for that experience or especially to simply imply that…. what? All music should be pretty? That concertgoers are incapable of new experiences? Perpetuating false stereotypes (“grant money and music critics favor the avant-garde”) further confuses what ought to be a deep sense of responsibility for our community as a vibrant incubator of art with a fortitude and integrity to rival any other time in musical history.

Hyperbole? I don’t think so. It’s been my experience that over the past 15 years or so there’s been a dramatic shift in both the number and quality of submissions that grant panels are asked to review. Earlier in my career 100 composer submissions would in many cases have been considered an extraordinary number for a panel to review. They would be heard by a panel of 3-5 members and 10-12 of those submissions could be expected to be competitive. New Music USA now empanels 30-50 members of our professional community twice a year, just to be able to handle the immense number of submissions they receive. And even a cursory review of the funded projects will speak to the quality of the work being produced.

I’ve sat on any number of these panels and have never experienced a style-based bias deep enough to effect the outcome of the selections. The avant-garde (however we’re defining that term here) is favored when it represents the highest quality submission with the clearest and most distinctive voice. Period.

I’m not going to respond directly to the article’s review of a single illustrative concert experience, other than to point out that the composer seems not to have misrepresented the type of meditative experience being presented. Didn’t he deserve an informed, open-minded audience, capable of being in their seats ahead of time and in an appropriate frame of mind?  As I detailed above, I prepare at least this thoroughly to go to the movies. Don’t we owe our living composers more than that?

My purpose here is not to disparage the author of the article. It’s to point out the sometimes-destructive disconnect between those who would represent the broader community of professional musicians and the music of living composers, and the reality of our endeavors as artists. To that end, one last point. Jasper White presents her contention that there’s an “avant-gardist’s implicit credo” that is both arrogantly self-directed and completely dismissive of all our forebears. Leonard Bernstein is quoted to support the premise. So let me be clear. Leonard Bernstein is dead. The comments quoted from him are 50 years old now and at least 50 years behind the times. No composer of any merit is anything less than expert on the evolution of the craft of the last 300 years that informs our work, even those who come to the conclusion that the creation of new sonic approaches is essential to the expression they seek.

Perhaps finally on the last, and most important point of the article, we can agree.

The article finishes with a rejection of the conceit that there are two inevitable options when presenting contemporary music: to acknowledge our preference for “pretty” or “intelligible” music over music that is less so (which is also the preference of the audience); or to present anything that composers write whether we like it or not, honoring their First Amendment rights, and run the risk of forever alienating the audience. Thankfully, we’re in agreement that, of the contrived choices presented, neither feels good. Neither feels good because neither is necessary and neither serves artists, audiences, musicians, or anyone else.

More importantly, we can also agree that the litmus test of inspiration and the excitement of sharing ought to be the goal of the performers when presenting new music. That is, assuming they’re doing their homework. Assuming they truly are intending to be champions of that new music. Assuming they’re willing to be open minded and forward thinking. Assuming they’re truly willing to bring their audience along for the ride, unapologetically and fiercely, with a dedication to communication, and a willingness to find that common human ground that they share with the composer and their audience alike.