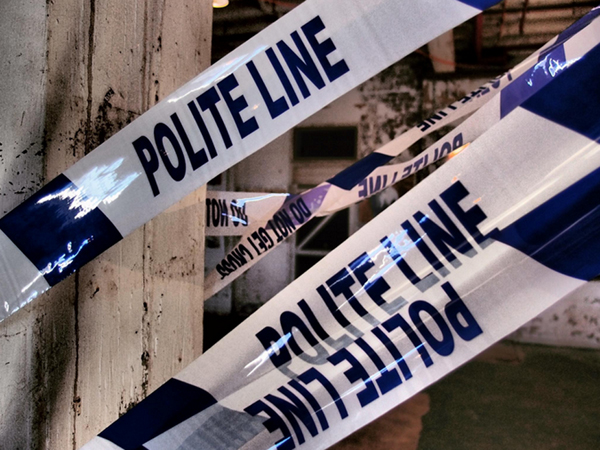 It’s becoming a common refrain to hear of the decline of civility, etiquette, and good manners in our culture. Good social habits have seemingly been in decline for years, and the rise of the internet, with its volume and speed, has only diluted what remains of traditional proper conduct. We are all aware of this, right?
But until recently I never felt a lack of civility to be a major problem in the various music communities I have participated in. Music people have, in general, always seemed different to me—people who possess a higher level of character and integrity in pursuit of a particular calling.
In recent months, however, I’ve been stung repeatedly by a sense of indifference and sometimes even rudeness during interactions with colleagues in a way that I am not accustomed to. It seems that now, even in the new music world where we are all essentially in the same (sinking) boat, so-called professional courtesy is no longer a given.

Over the years, I have remained active as a composer, performer, presenter, and writer as well as an avid concert-goer. As a regularly engaged participant wearing many hats in the wider new music community, I have any number of active music-related conversational threads—about concert ideas, proposals, applications—going on at any given time. While some of these threads are part of large-scale processes that don’t always guarantee a response (like job searches or competitions for grants and residencies), many are much more local and personal, involving colleagues and friends I have had ongoing relationships with over many years. It’s one thing if the brass at Lincoln Center doesn’t respond to your unsolicited concert proposal. It’s quite another when a friend who runs a concert series invites you to make a proposal, and then when you do so completely ignores it.

Or when an organization that you’ve worked with off and on for years in various capacities has a major job opening and you apply. Now we all know how tough the market is these days and we never expect to land the job. But isn’t it reasonable to expect that at least your interest would be acknowledged? You are, after all, a friend and colleague, an integral part of the community. But apparently this is no longer the norm.

There are hierarchies, both social and economic, and one way power is too often reinforced is by ignoring those beneath you. But the power equation is not always what you might perceive it to be. So far I’ve talked about the insensitivity of organizations to artists seeking opportunities, but as a presenter, coordinator, or administrator, I’ve encountered artists being similarly insensitive or indifferent to the attention and support they have received from an organization if they feel that organization is less important than they are. When an organization takes an interest in your work, you should at least acknowledge it even if you aren’t able to act on it right away, rather than just ignore or reject it.

Why should we all care about this? Why, for example, should important organizations with busy schedules and high-profile happenings be concerned about random artists that they aren’t currently interested in? Why should artists respond to queries from smaller organizations that might have presented them in the past even if they’re busy or have moved on to bigger venues? Well for one thing, it reflects well on you when you appear accessible, even if technically you aren’t. Most of us in new music are as much a part of the audience as we are the talent, and so it behooves us to be respectful to everyone on all sides.

But also, things can change. When in the role of a presenter and someone approaches me unsolicited, I may not have the time or the inclination to really explore their work right away, but I might the following week (or the following year). Or I might have some false perception about an artist that, through some unexpected turn of events, might completely change. You never know. So I always respond and at least acknowledge that I received their proposal. And as an artist, when I approach someone out of the blue, it’s understood that they might not have any interest in me or my work, and if that’s the case, I can handle it! But if I never hear anything back from them, I’ll never know. If anything, being ignored will turn me off to them as a potential audience member and interested party in the wider community, and that means something.

So what can we do? I know we are all busy busy busy and we all get a thousand emails a day, but it seems to me that responding to your colleagues should be a top priority, regardless of the circumstances. The health of the art and the artists and institutions that pursue it depend in large part on open channels of communication and information. When these exchanges go dark, I am reminded of a story I read about the writer Anne Beattie who, at the very beginning of her career, submitted over a dozen stories to The New Yorker before eventually having one accepted for publication. Now we may not all eventually succeed in our pursuits as she did, but imagine if you were to make a proposal to an organization over a dozen times and they actually responded every time! That would be some useful information, right? Comparing a new music organization with The New Yorker may not be fair, but it’s worth noting that such a prominent institution makes it a priority to respond, as a matter of policy.

There are those in the music world who share this value, and I commend them. As often as I am disappointed by the silence I meet, I am also sometimes pleasantly surprised by the warmth of a response. I only wish it were more often. We live in an age of “signals,” where clicks, likes, opens, views, and plays are monitored and analyzed obsessively. But unfortunately we seem to have stopped sending the most important signal of all—our actual, personal attention. I think we can do better. In the same way that, in the internet age, I have come to embrace the mantra that “it’s better to like than to lurk,” I have embraced the idea that it’s better to respond than to ignore. I invite you to join me. 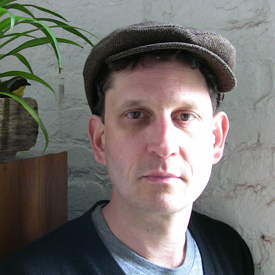 Dan Joseph is a composer based in New York City. For the past fifteen years, the hammer dulcimer has been the primary vehicle for his music and he is active as a performer with his own chamber ensemble, The Dan Joseph Ensemble, as well as in various improvisational collaborations and as an ocassional soloist. He is also the producer and curator of the monthly music and sound series Musical Ecologies at The Old Stone House in Park Slope, Brooklyn.
NewMusicBox
Written By