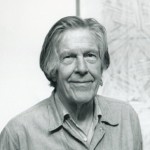 Sit. Think. Remember. Do a Google search or two. Read. Research. Listen. Hear the hum of the fans. Locate their points of convergence. Remember. Try not to repeat the things you already know about. Ignore your talents. Follow your most impish curiosity. Dwell on an unpleasant memory. Grind the coffee beans. Sort the pile of neglected mail. Make a cup of perfect espresso. Write.

On August 12, 1992, I was sitting in the yard of a small villa not far outside of Siena, Italy, with a group of brass players (of all people) when the word came that John Cage had died. I didn’t read his obituary on that day. I read it today. For the first time.

In many ways, this sort of unordered, untethered moment defines my connection to Cage and his work. I remember my mother once asking about him. “He had an amazing influence on so many artists,” she said, “but I understand that he did something with music too. Have you heard of him?”

Consider everything an experiment.

In 1992 I had heard an eclectic smattering of Cage’s works, compared to the enormity of his oeuvre—a handful of the prepared piano works, several of his percussion pieces, a fantastic few of his vocal puzzles, a variety of others. I had met him briefly on two or three occasions over the preceding few years, and I was always charmed by his just-finished-digging-mushrooms appearance and his completely affable demeanor.

I consider it one of the highlights of my performing career to have participated in the 2005 Lincoln Center presentation of Ocean, finally realized as Cage and Cunningham had envisioned it, with the orchestra surrounding the audience. Merce looked very old.

In college my friends all called me by my initials, KJ, which through time, use, and the laconic habits of college students was eventually shortened by many, to a pronunciation more like “cage.” When the ridiculously talented and humble pianist, Jenny Lin, asked me why I didn’t have my own ensemble yet, it seemed like a pretty good question.

When it became obvious that the currents pushing my ensemble (the [kāj] ensemble—you get it now, right?) into outlandish existence would converge with the inevitability of the 36,500th revolution of the Earth since the breaking of silence by one John Milton Cage, it was once again time to sit, think, read, research, consider, talk, laugh, listen, plan.

I first approached the concept joining the parade of centenary performances much as anyone/everyone else. I focused on his 49 Waltzes for the Five Boroughs because it represented such strong points of connection for Cage and me—specifically, a love for New York City and the opportunity for the inclusion of field recordings and ambient sounds in the mix.

I don’t think that Cage chose to create (is “invent” a better word?) out of a sense of inspiration, or a desire to inspire his audiences, as much as a desire to connect. He chose to connect by listening, and by creating works that offered his audiences the same opportunity. He found great joy in sound. And he found great joy in the opportunity to connect to people. To be able to use one to accomplish the other is nothing less than sublime.

Find an I Ching website. O.K., I take it back. Ask your super-human assistant, Whitney, to find the website. She will then make six virtual rolls of the three coins five times over to find the longitude down to the sixth decimal place of the “seconds” (you know—degrees, minutes, seconds). She’ll repeat that process for the latitude. Then she’ll mark and map the location using Google Earth. Repeat 147 times.

“The [kāj] ensemble is an eclectic group of all-stars and icons from the New York new music scene. Under the direction of composer and trombonist Kevin James, the ensemble embodies the ethic and aesthetic of its namesake. Unabashed in its search for originality, guided by a love of improvisation, drawn to risk-taking, unafraid of theatrics, the [kāj] ensemble fuses the unique virtuosity of its members into a tightly unified whole, at once subtle and spontaneous, gritty and urbane, intimate and overpowering.”

Print all the Google maps and all the attendant directions. Make a 24-hour reservation for a Zipcar. Midnight to midnight. Ask your craziest musician friends to volunteer to keep you company. Get your favorite mic plugged into your super duper state-of-the-art HD recorder. Stock up on batteries and bring an extra hard drive. Start in Staten Island. End in the Bronx. Stop at 80 locations in between for 3 minutes and 20 seconds each. Don’t forget to turn the mic on. Don’t fall asleep. Don’t be late with the car. Rest two days. Repeat (ten hours this time around). Rest two days. Strap a camera to your bike helmet. Strap your recorder to your chest. Mount your mic in a backpack. Pack extra water, fruit, and Cliff bars. Don’t forget your map and list of locations. Ride for ten hours—Governor’s Island is the midpoint. Time Square means you’re done. When you finish, it won’t be your legs that hurt.

Google “the world’s 100 most favorite waltzes.” Compare the lists in order to come up with your own super-cool, completely definitive list. Download all of the scores in PDF format. Go back to that I Ching site you like so much. Do six rolls each to determine page number, staff number (or bar number) and number of bars to include. Repeat 900 times (nine musicians—they’re funny about wanting to have their own part to play). Create slides for each of the 900 excerpts.

Do not try to create and analyze at the same time. They are different processes.

Surround yourself with the eight other most talented, adventuresome, soulful musicians you can find. Give them permission to act on their talent, have an adventure, expose their soul.

What exactly is 100 Waltzes for John Cage? It is a randomly evolving soundscape made up of nine transient iPad-equipped musicians, 100 waltzes, quad speakers, and audio from those recordings we made at the 147 New York City locations in a sublime expression of “the 10,000 things.”

O.K., I’ll break that down for you a little. Cage actually didn’t like the word “random.” He preferred “indeterminacy” and “chance operations.” But now we’ve got these nine musicians with iPads (that’s three trios worth). And on their iPads are slides with fragments of music from 100 different waltzes (remember those zillions of coin tosses). Here’s where we get to the “random” part—the slide show on the iPad is controlled by a randomizing algorithm which determines how long that particular slide remains visible to the individual musician and the order that the slides appear. The audio samples become a soundscape when loaded onto a computer and fed through a randomizing algorithm (there’s that term again) which determines how long each sample is heard, when it begins, and which of the four speakers at each corner of the room the sound will emanate from. And just to be fair, we invite the audience to get up and wander around as they please as well. Trust.

One of Cage’s more famous moments of clarity involved the realization that the street sounds entering the window of his studio were far more interesting than anything he was trying to put on paper that day. I think later his thinking would evolve to the understanding that the sounds themselves—timbre, rhythm, diversity, contrapuntal interactions and whatnot—despite their inherent fascinating qualities, required his window to be open and his mind to be willing in order for any connection, clarity, understanding, joy, to take place. 100 Waltzes for John Cage celebrates that window and invites its audience to experience that connection. 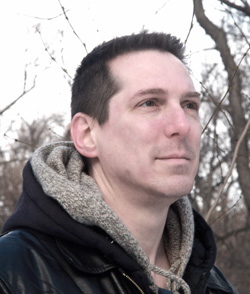 Composer, performer and educator Kevin James explores a broad palette in his creative work, spanning free jazz and improvisation, audience participation and multi-media to traditional forms and modal harmonies. His compositions include The Portraits Project, a 90-minute multimedia “opera-lingua” commissioned through the Meet The Composer/New Residencies Program, for which he recorded over 700 interviews with homeless New Yorkers. James is now in his second year as Director of Education for the American Composers Orchestra where he is working to increase the visibility and impact of composers in the world of New York City arts and education.