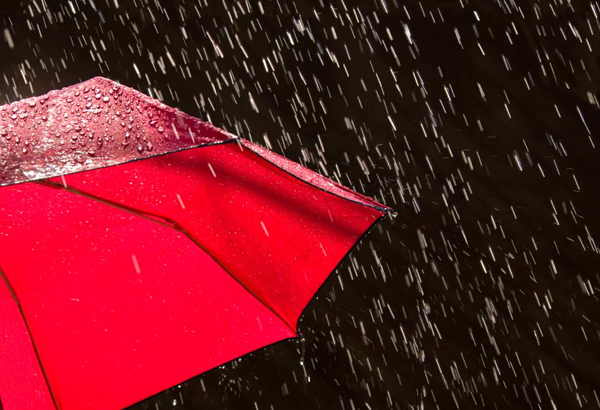 I am two months into my first semester of graduate school in composition at SUNY Purchase.   I have finished the first “student composition” of my life under the useful eye of my teacher Huang Ruo.  (All the composing I did for theory classes in college doesn’t count.)  Having written eight short movements for the assigned oddball group of bassoon, French horn, trumpet, trombone, and double bass, I have thrown out two, put the remaining six in a new order, and written a bassoon cadenza linking two middle movements to help the piece congeal.  I had chosen a title for maximum flexibility:  A Few Things I Failed to Mention.  Now the nine-minute piece goes to the musicians who will be playing it in the course named Purchase New Music.

My players range from freshman to graduate level and two are sort of on loan from the jazz department.  It is my first experience writing for students and I am concerned.  I don’t really know what to expect in terms of technical proficiency, especially with the brass where I have the least experience.  At every lesson I worried aloud to Huang Ruo about the difficulty of some of the ensemble playing; I didn’t want to be setting anyone up for a terrible experience, myself included.  Neither, however, did I want to sacrifice my own stretching for the comfort of others.  Huang Ruo was insistent that I write for myself; the kids would come through.  So I did.

The piece is handed in to Dominic Donato, head of the course, for vetting.  He pronounces it “well-made.”  Together we decide that the players will be better off playing from the score instead of from parts, as there is a great deal of rhythmic and contrapuntal complexity.  I make big scores for everyone and hand them out the week before the first coaching.  I am thrilled to find out my group’s coach is flutist Tara Helen O’Connor, head of performance at the conservatory and a new music superhero on the New York scene.

A great thing about Purchase New Music is that our pieces are coached just as seriously as if they were Brahms or Mozart:  four coachings over four weeks with top-flight New York players.  I only know Tara as an incredible musician; it’s clear from the first minute of the first coaching that as a teacher she is a force of nature.   Which is a darn good thing, because from the beginning it’s also clear that my piece poses new technical challenges for this group of young musicians who naturally haven’t encountered much contemporary music.

The learning goes very slowly with many passages that must be taken apart measure by measure and put back together instrument by instrument.  Tara, who tends to cruise at warp speed, slows down, reviews the composite rhythms and how each player’s part fits in to them, over and over.  She is careful to teach the math that underpins funky tuplets.  What seems to stick with them at first is lost on repeat; they need time to absorb the complicated rhythms.  Inevitably, some get it quicker than others.  The music is demanding but it fits together very sensibly and naturally; all three teachers involved have stressed that.  Of course I am nervous as I watch the kids struggle, but all the faculty assure me that history indicates they will come through in the end, so I keep my mouth shut and watch Tara the Music Ninja do her work.

Tara’s process for digesting new music fast and well is an education all by itself, one that I as a non-performing composer find supremely important to understand.  I have sat in on countless rehearsals before and listened closely to the working conversations of professional chamber musicians.  I know there is often more than one way to put music on the page, and I try to keep an eye on how players can be helped, or at least not hindered, through beaming, enharmonic choices, time signatures, etc.  Sometimes there isn’t any super elegant way to write a moment and it’s going to look scary on the page no matter what, but I try to keep these to a minimum.  Seeing Tara decode and demystify the music for these young players, and getting her comments on how it might usefully look different here and there, is fantastic.

Four weeks and four coachings go by. The kids are all perfectly capable, willing, and optimistic about the music, but it’s clear that insignificant rehearsing is going on between coachings. There are auditions for grad school to prepare for, student recitals, all have very full academic loads, and it’s hard under the best of circumstances for five busy musicians to get together in a room.  I am increasingly concerned.  It is in this difficult situation where the biggest change in educational gestalt since my time in school reveals itself:  there doesn’t seem to be any fear factor among the students—fear of showing up for a coaching unprepared—and this is beyond my understanding.  Over the weeks, there are times when I think that, back in the day, faced with repeatedly unprepared students, I would have expected a coach of Tara’s caliber to simply walk out of the room.  Maybe they still do in other schools, but here, now, I gather that chastising—much less shaming—isn’t the way. However much Tara’s patience is being put to the test—and it is—she continues to work patiently and positively with the kids.

At the fourth and last coaching, Tara has alerted Dominic, the head of the new music program, to the situation.   With the concert in six days, much of the music is still largely out of reach.  Dominic comes in and delivers a gentle, eloquent exhortation, acknowledging that A Few Things I Failed to Mention isn’t a “student piece” but is a well put together composition that will help them gain better skills.  He underlines that skills are a pre-requisite for working in the real world and that new music is where a lot of gigs are found.  It’s a good talk without an ounce of guilt-inducing messaging.  On the contrary, he lights a terrific fire under the kids, getting them excited about the doable work ahead.  He instructs them to schedule—right then and there—three rehearsals over the next six days.  They do that.  They will meet by themselves for the first, and then I will coach them the second and third.

When I meet with them, more notes are in place but we still have a long way to go and a recital the next day.  I have been unable to make too many judgments about my own composing up to now because I’ve been waiting for dynamics to come in to the picture.  Dynamics in this unnatural quintet are absolutely essential, and the slow parts start to blend the way I imagined.  But now I realize what feels like an error on my part: with fast music for brass, I begin to conclude, when it comes to playing quietly, on time, and in tune: pick two.  I wonder: have I set us all up for failure?

But the kids are far from giving up.  They truly want to knock down and own the whole piece. They work so hard the last two days that my heart goes out to them.  I’m sure that they could play this piece well if they’d done right by it when they first got it more than four weeks ago.  Why didn’t they?  Who knows?

Our last, Hail Mary coaching is the afternoon of the recital and they make more progress, but I worry about them blowing themselves out before the performance.  They have two other pieces to play on the program as well.  I stop the rehearsal.  What will be, will be.