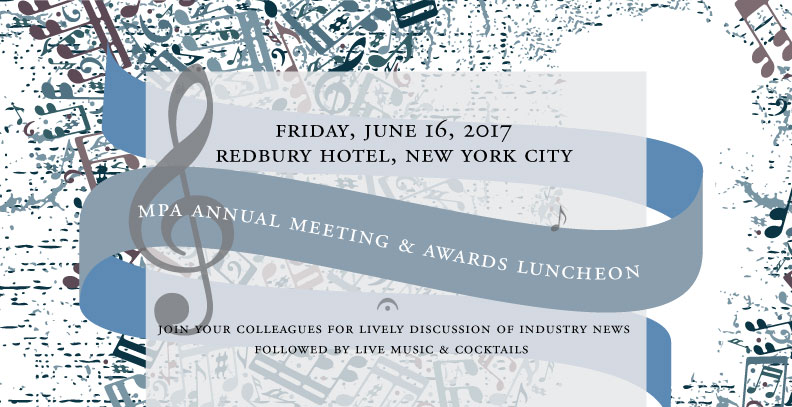 As in previous years, the annual get together of members of the Music Publishers Association of the United States at the Redbury Hotel in New York City combined a luncheon, legal and copyright updates, lively panel discussions, and an award ceremony, and concluded with a cocktail hour featuring live jazz performed by the John Murchison Trio.

After opening remarks by MPA President Sean Patrick Flahaven of The Musical Co., entertainment, media, copyright and trademark lawyer Corey Field provided the members with a legal update on matters relating to music publishing and copyright. According to Field, there has been a great deal of legislation in the past twelve months related to the interests of music publishers, perhaps the most significant being the August 4, 2016 ruling mandated full work licensing which is still being challenged by ASCAP and BMI since fractional licensing, which has been the standard practice prior to this ruling makes it easier to distribute revenue collected for works that are created by collaborators who are not necessarily members of the same PRO. Field sees this ruling as part of a trend toward greater consolidation in licensing. Yet despite this trend, Field also pointed out that there is now a fourth performing rights organization in the United States (in addition to ASCAP, BMI, and SESAC) named GMR (Global Music Rights). Though GMR boasts representing a mere .006% of the current music marketplace and only 70 members, those members include Bruce Springsteen and Don Henley as well as the estates of Prince and Ira Gershwin. 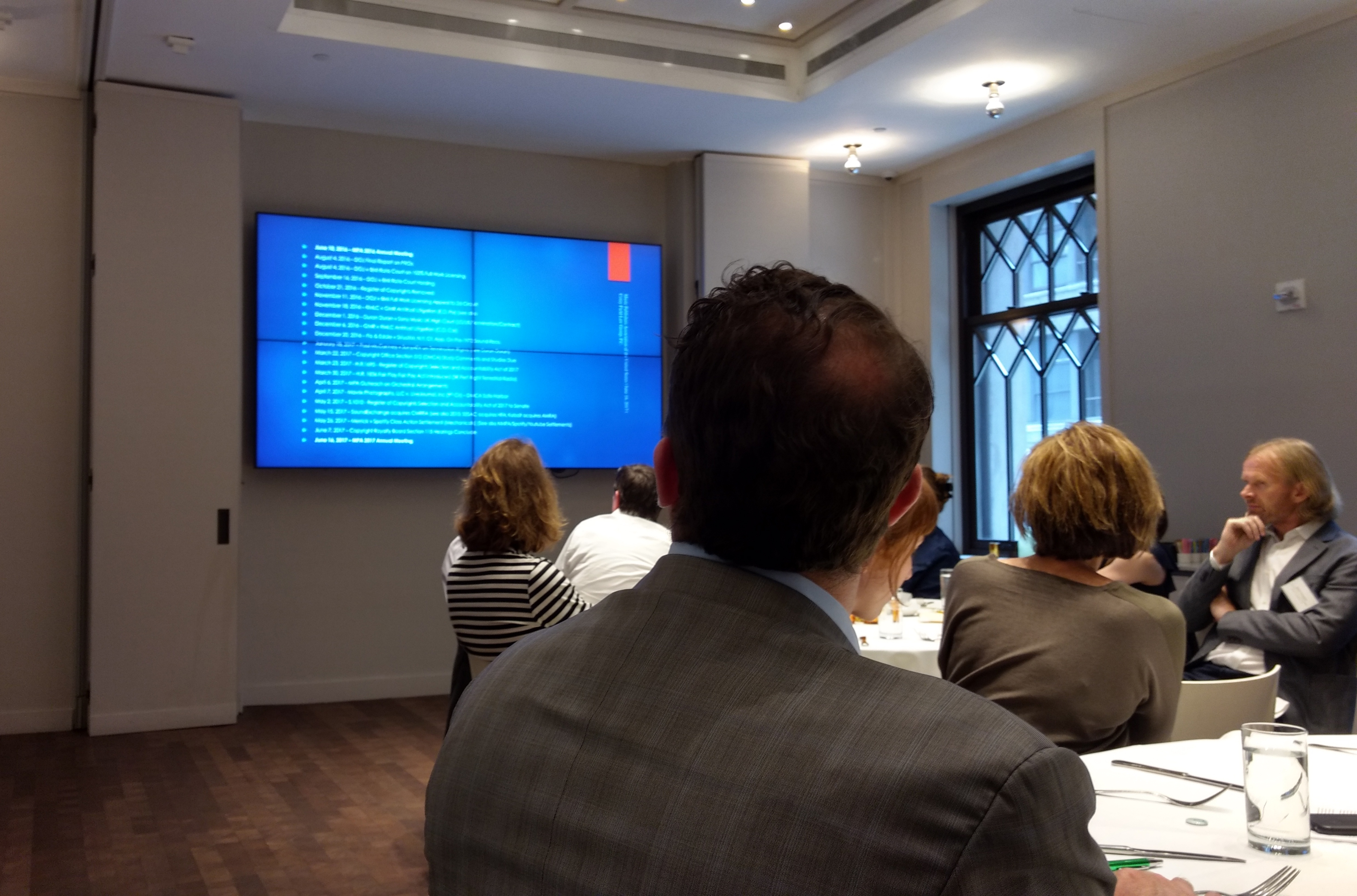 Corey Field’s powerpoint included a list of all the legal cases from teh past 12 months that had an impact on music pubilshers. There was lots of small print.

Record and music publishing industry veteran Jay R. Morgenstern, who is currently the Executive Vice President/General Manager of Warner Chappell Music Inc. was honored with a Lifetime Achievement Award. Although he was not able to attend, four of his six grandchildren came to the podium to accept the award on his behalf. Immediately following that, the Paul Revere Awards for Graphic Excellence were announced by Brittain Ashford, Administrative Director for the Music Publishers Association. Two scores by Daniel Dorff and two scores by the Argentinian composer Albert Ginastera, whose centenary was celebrated last year, fetched first prize honors, and other publications so honored were scores of works by Charles Ives, Elliott Carter, and Mark Patterson. Among scores receiving second or third prizes for their engraving and overall appearance were works by Michael Daugherty, Aaron Jay Kernis, Paul Moravec, Scott Wollschleger, two compositions by Hannah Lash, and a solo viola sonata that John Harbison composed in his early 20s. As in last year’s awards, there is no longer an award category for “Publications for Electronic Distribution” since at this point publishers can submit digital scores for consideration in any of the other categories.  A complete list of winning publications in the 13 different award categories appears below. 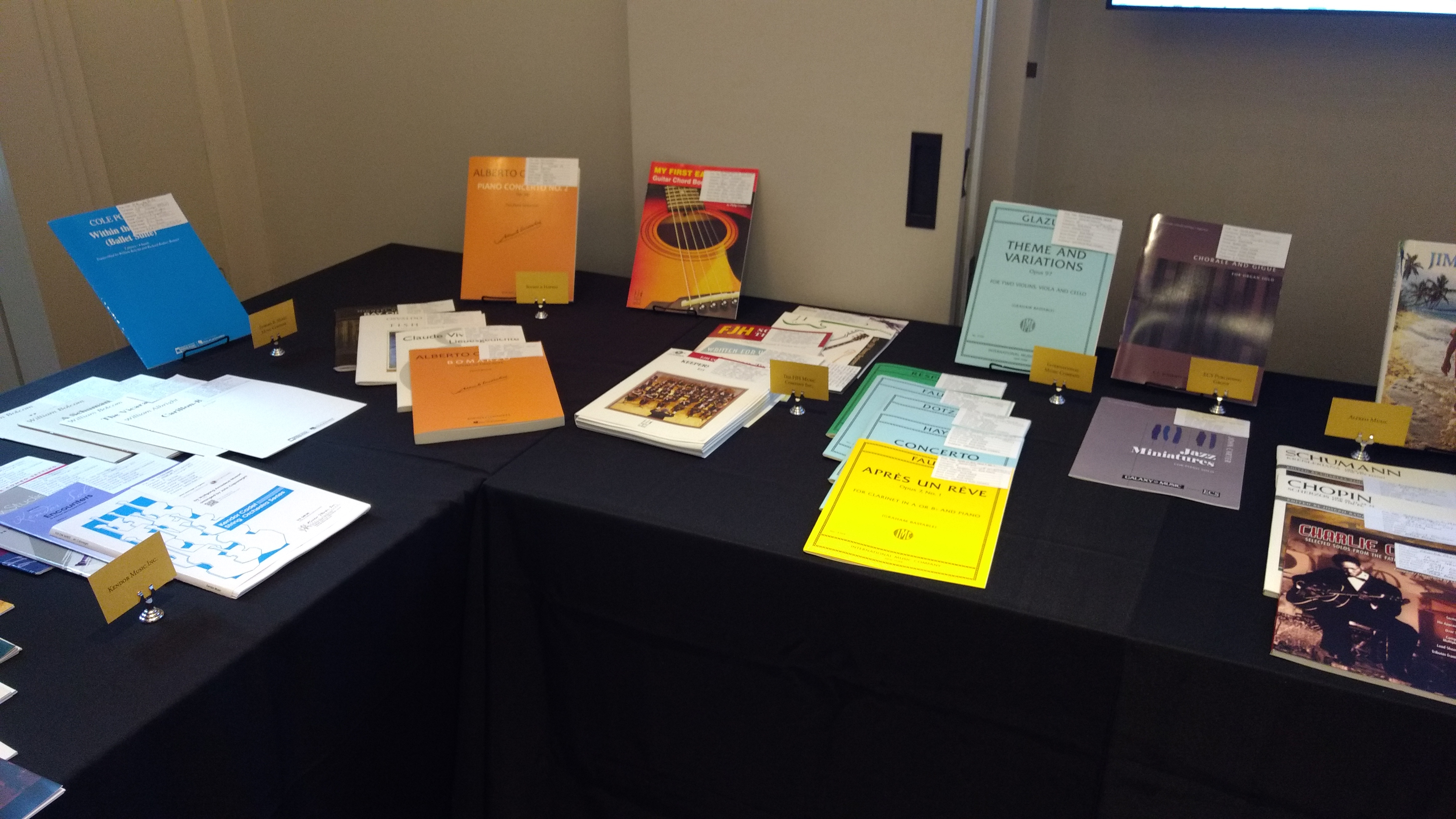 As in previous years, Paul Revere nominated scores were on display. 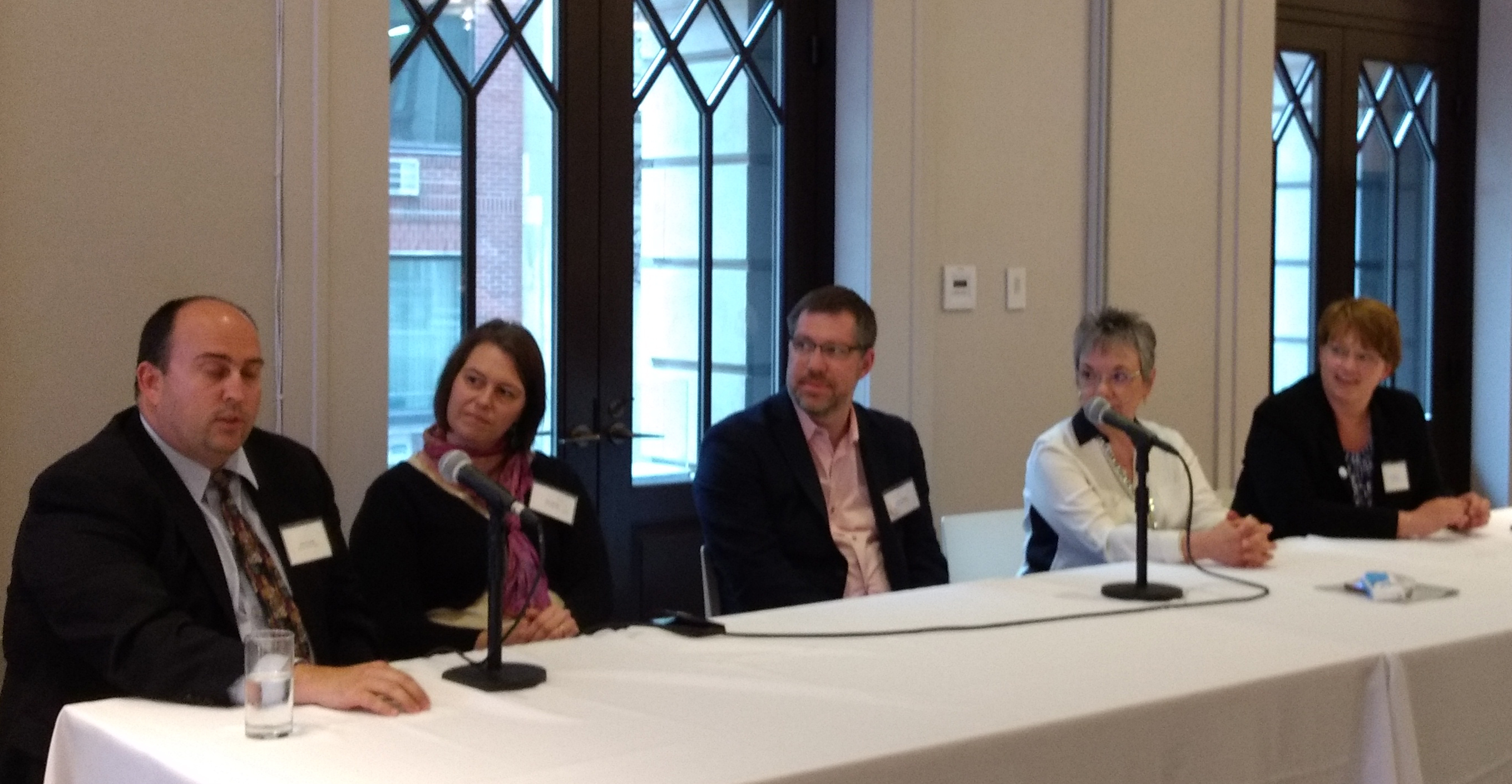 Then Mendy Varga from Kendor Music moderated a discussion about the future of music in public education for which she was joined by Jim Frankel, Ann Gregg, Marcia Neel, and Jason Varga. Marcia Neel spoke about how engaged students in the Southwest are learning mariachi music, claiming that, if we want to keep students interested, “we need to look beyond the traditional trinity of band, choir, and orchestra.” Although panelist Jim Frankel is the head of digital education for the Music Sales Group, he pointed out that the transition from print sheet music to scores displayed on digital monitors is not happening in schools: “There isn’t enough budget for that and there won’t be twenty years from now.” He also acknowledged that “print is awesome in the music classroom.”

Then EAMDC/Schott Promotion Manager Chris Watford, Ian McLoughlin, manager for instrumental product sales and product development at J.W. Pepper, and self-published composer Dennis Tobenski, who runs an online distribution platform for other self publishers called New Music Shelf, participated in a discussion about how the digital realm has transformed the music publishing marketplace. American Composers Alliance Director Gina Genova was also scheduled to participate in this panel but was unable to attend though thankfully she provided detailed answers to all the questions that were distributed to the panel in advance. (Ed note: I served as the moderator for this one.)