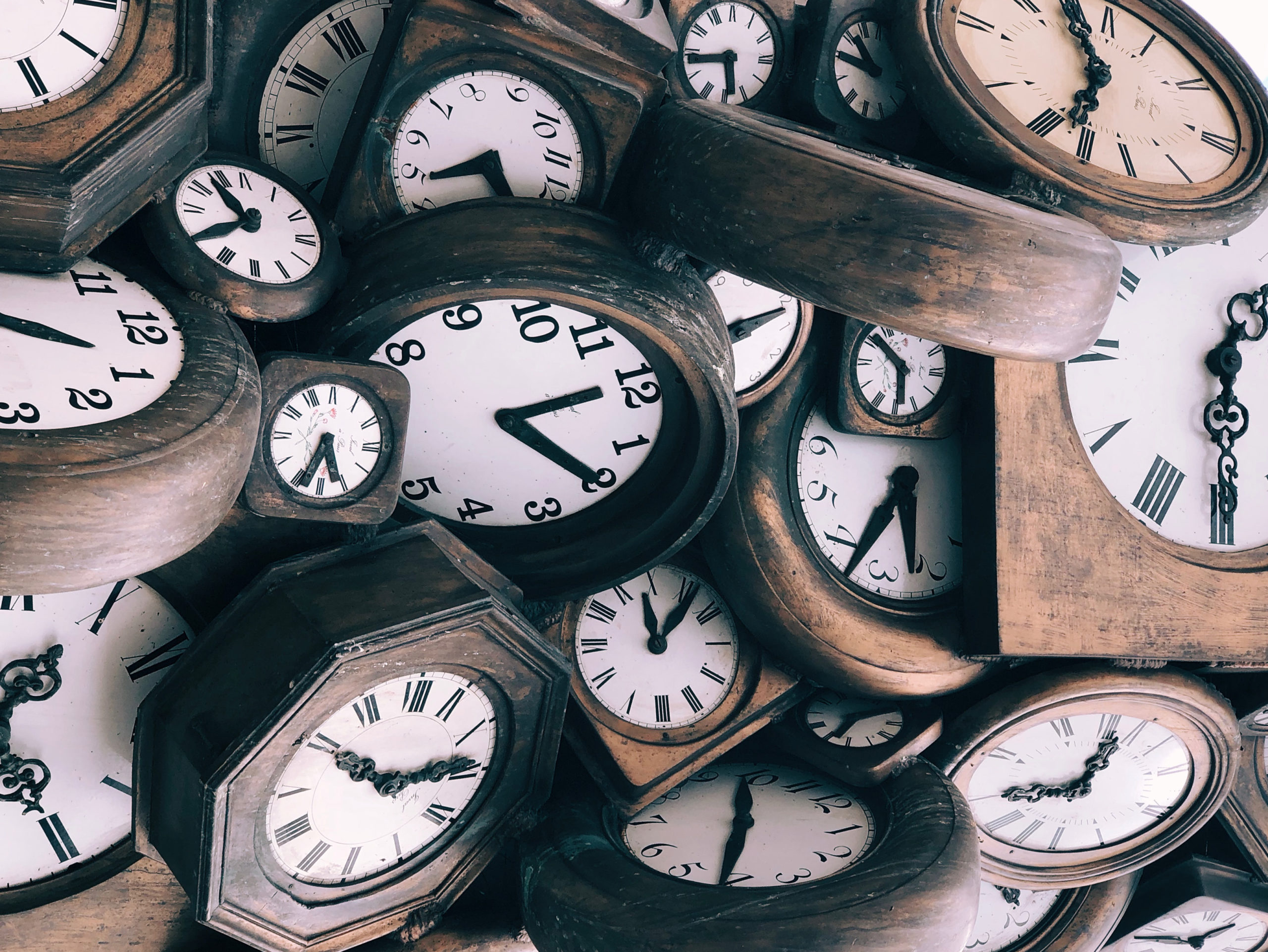 In this post I want to talk about time: time in our musical relationships with others, and time in the creative process. I’ll start out with the Greek concepts of time, chronos and kairos, which I learned about from the author Madeleine L’Engle.

Kairos, a term for which there is no English equivalent, is often defined in opposition to chronos. For musicians, chronos is metronome time; it can be objectively and quantitatively measured. Kairos, on the other hand, happens when we lose ourselves in the creative moment, and all measures of time are lost. It is

“That time which breaks through chronos with a shock of joy, that time we do not recognize while we are experiencing it, but only afterwards, because kairos has nothing to do with chronological time. In kairos we are completely unselfconscious, and yet paradoxically far more real than we can ever be when we’re constantly checking our watches for chronological time.” 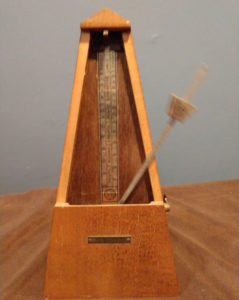 These concepts have shaped my understanding of my own creative process. It’s from losing track of time while composing that I learned how much I love writing!

It’s from losing track of time while composing that I learned how much I love writing!

In the summer of 2015, I was gifted a used 25-key red Schoenhut tabletop toy piano. I got the idea to start writing little one-minute pieces and dedicating each one to a friend. Some of the dedicatees are lifelong friends and family, some are people who happened to pass through at an important moment but who I never really saw again, and some were shorter friendships. I ended up writing (and transcribing!) 55 of them, and made them into a book called The Texture of Activity. I stopped writing toy piano solos then; 55 was a good Fibonacci number, and I felt I had nothing else to say on the instrument.

6 months later, I realized I had a lot more to say! So I started my 2nd book, called Playing the Changes, which is 72 pieces. All 127 of these miniatures were written and recorded in an hour or less, and like each friendship, they are all unique.

There are so many more people I’d like to dedicate pieces to, but I wrote my very last one just a few nights ago. I knew it was time.

Sitting down at the toy piano for these pieces over the years took me through a lot of dark times and major life transitions. The toy piano is kairos for me.

As musicians, we spend our time making perfect time, playing music in time, by ourselves, with a few others, with a group of 60. We get short times with some people, and long times with others, and others crossfade in and out.

One of our most basic jobs is giving and receiving the gift of time.

One of our most basic jobs is giving and receiving the gift of time. We do so with personal practice, rehearsals, playing concerts, attending concerts, listening to recorded music, composing music to be listened to and practiced and rehearsed and played. Success in performing and writing music largely comes from the concentrated time we put into the endeavor. And success in an ensemble requires time. When you play with a chamber group or even a large ensemble with the same players over a long time (say, 10 years or more), you get to know each other’s ins and outs quite intimately. You understand how to play with each other—who’s better at drums and who needs to stick to mallets, who can sight-read fast xylophone passages and who should stick to the bass line, who has stamina in long rehearsals and who needs frequent breaks.

Perhaps I only experience perfect time when it’s least expected: The fortunate appearance of a new person in music who is introduced to you by another music friend, who then becomes a friend and a mentor, whose presence completely changes your life, and that person makes you feel like you can do anything.  In this case, it’s perfect kairos. 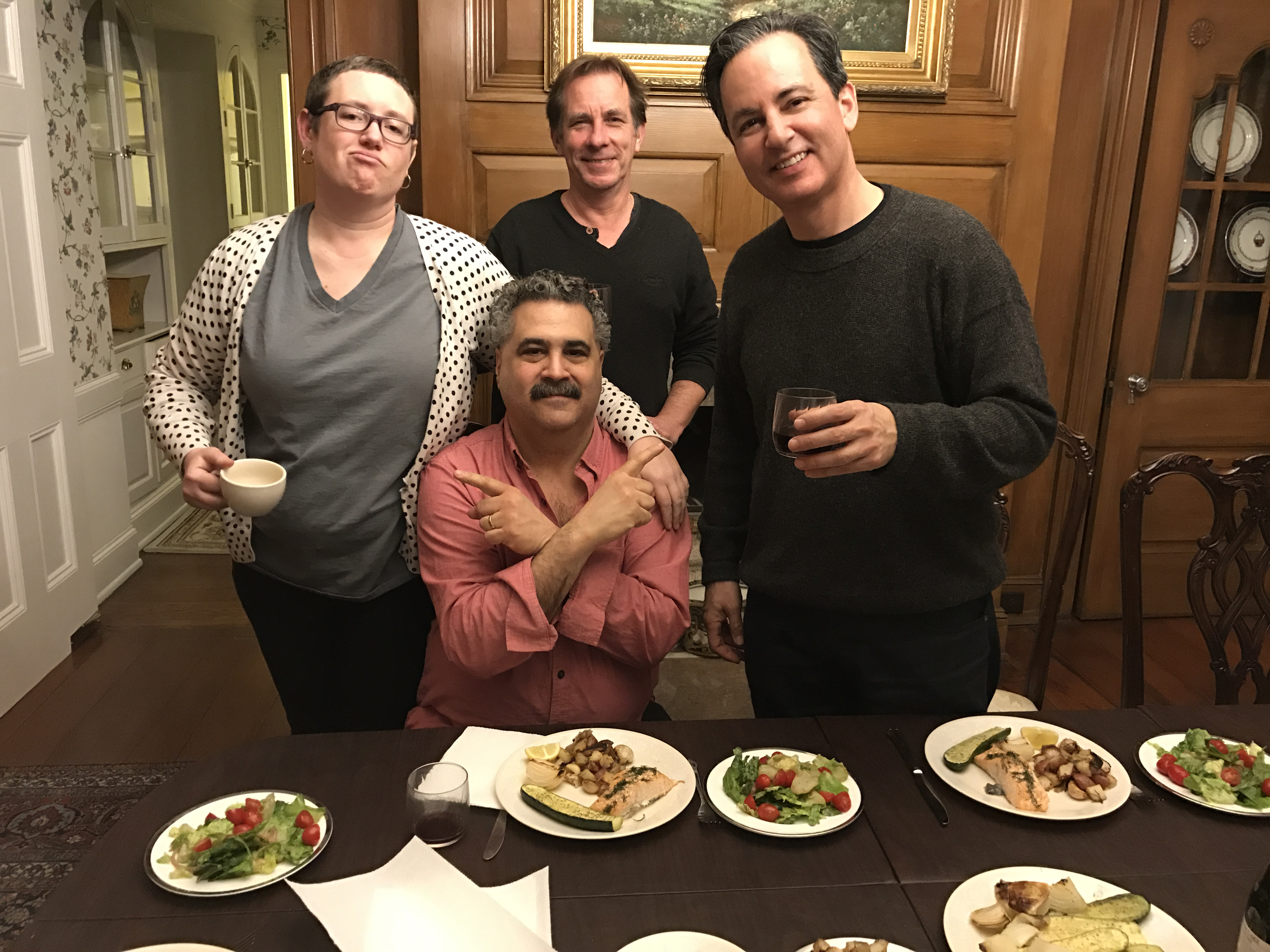 As composers, we can worry if we’ve bloomed at an inconvenient time. We live in a culture where composers must be young & fresh & hip (i.e. all the “under 35” calls for scores), while composers in their 50s and beyond, unless they are already quite famous, are ignored. Maybe our composer world is in cahoots with AARP, who start mailing you things on your 49th birthday.

Just as the grand arc of life has its peaks and valleys, so does music and so do relationships. I think life in music is a lot like Steve Reich’s Drumming. There’s a beginning, and there’s an end, and everything else is four long seasons of entrances and exits, buildups and breakdowns, crossfades and phases.

Music is about finding joy in places, and bringing some happiness to other people.

If we could see the grand arc of our lives, knowing exactly how much and what kind of time we have, would we do things differently now? I think it’s about finding joy in places, and bringing some happiness to other people. That’s what music is, to me.

“You heard a bit of this music and it has affected you in a very powerful way. If you heard enough of it often enough, it would affect you in other ways. […] One listening is the right amount. You’re not to listen to it more than that.” 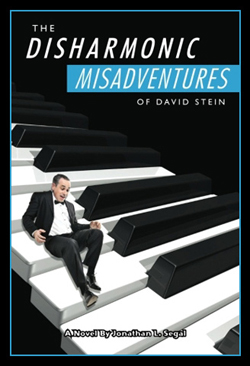 I was thrown a bit of a perceptual curve ball by a passage in Dan Visconti’s post last Thursday:

There’s a great scene in the first season of Mad Men, where a Korean War-era Don Draper looks out at a military casket and is told to “leave that boy behind” by his superior. Viewers of the series who know exactly who that casket contains will understand why it’s such a poignant moment.

I haven’t watched a recent television series in many years, so I had no idea what he was talking about. However, his brief description gnawed at me and I immediately wanted to know what happened. As I edited his words prior to their publication, I thought other readers might be in my same television-challenged position so I considered asking him to rewrite that paragraph to let us all in on the secret. But at the end of the day, the “saner” voices on our editorial crew convinced me that risking a “spoiler” was not germane to his central thesis and so we published it without any revision.

That whole episode occurred just as I began reading The Disharmonic Misadventures of David Stein, a mystery novel written last year by the jazz pianist and singer Jonathan L. Segal (which I quoted at the onset of this essay).

Reading Visconti’s unrevealed plot detail and Segal’s surreal depiction of a pianist in search of what might turn out to be a lethal listening experience has reminded me of the fundamental difference between instrumental music and other kinds of narratives that unfold in time, e.g. novels, plays, films, and television series. No matter how detailed a program might be affixed to a sequence of sounds containing no verbal content, such a program cannot propel those sounds forward in the direct way that a linear plot propels narratives based on language. Music ultimately has no story line, per se. Therefore it would never be possible to “spoil” a piece of music.

Yet during the ascendancy of functional tonality in European concert music, composers would often thrill listeners by taking them on harmonic detours through techniques like “deceptive cadences,” subverting their culturally ingrained expectations of the inevitable the same way a great mystery writer might fool his or her audience into thinking someone other than the culprit actually committed the crime through twists in the story line. Then again, discerning the identity of the culprit of a crime is the final cadence, so to speak, of a mystery in most cases, and so in following that analogy composers of that time squandered away the goods time and time again. It was commonplace during that era to have pieces of music with titles like Piano Sonata in D Major or Symphony in A Minor. If deceptive cadences truly functioned the way a plot twist does in verbal narratives, why tell people in advance exactly what key the music will resolve to at the very end? Yet, with rare exceptions, they always did. There is no overall tonal closure between the individual movements of the six sonatas that accompany Carl Philipp Emmanuel Bach’s Versuch über die wahre Art das Clavier zu spielen. And indeed listening to it after hearing other multi-movement works which preserve consistent key relationships can be somewhat unnerving, but only the first time you hear it. That’s true for just about anything. To take another classic 18th-century example, there isn’t much of a surprise in Haydn’s “Surprise” Symphony after you’ve heard it once, and yet folks still enjoying listening to it all the same. (In case you haven’t heard it—spoiler alert!—the “surprise” is merely an extremely loud chord seemingly out of context.)

Of course, our 21st-century ears take for granted both the dissolution of tonality as well as the return to it, albeit rarely with the extra step of proclaiming the key of a final cadence from the onset. (I haven’t come across many pieces called “Symphony in A Minor” composed in the new millennium.) As a result, we no longer listen expecting closure either in a specific key or without one. Anything goes. And in a world which has become acculturated to anything going, creating narrative suspense in abstract sound is even more difficult if not impossible. In reality there probably cannot be any music like the music that Segal describes in his novel. But then again I’ve yet to reach the end of the book, so stay tuned.