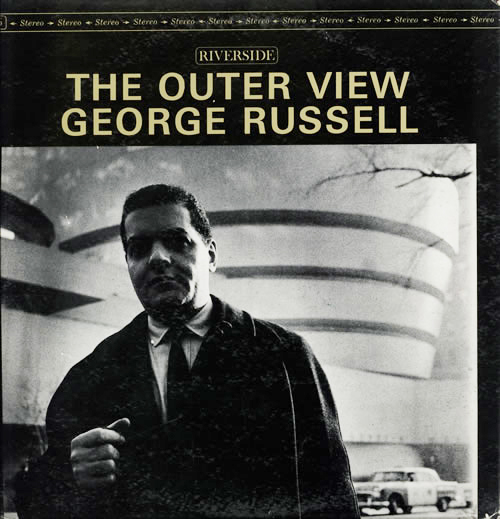 Sheila Jordan frequently tells the story of how listening to Charlie Parker’s 1945 recording of “Now’s The Time” changed her life; hearing it made her devote her life to jazz. She still remembers putting her nickel in that jukebox in vivid detail.

I have a similar memory, but the life-changing recording for me was George Russell’s “You Are My Sunshine” featuring Sheila Jordan. At the time I did not know that it was her first major recording (and actually only the second time she ever appeared on a record). I also knew almost nothing about jazz. To remedy that, I was taking a jazz appreciation class during my freshman year at Columbia University. I now treasure almost everything I heard in that class, but at the time jazz was still not clicking for me. Then one day, toward the end of the semester, my professor launched into a tirade about “what went wrong with jazz.” He talked about how jazz started losing its connection to popular culture and began to emulate avant-garde contemporary classical music—my ears suddenly perked up; he was finally speaking what I believed was my language. Then he played an example of something he felt was the beginning of this tendency, the point at which jazz took that wrong fork in the road. What he played was George Russell’s recording of “You Are My Sunshine.”

One of the highlights of George Russell’s 1962 Riverside LP The Outer View is his off-kilter arrangement of “You Are My Sunshine” featuring the voice of Sheila Jordan.

In the very beginning of the arrangement, this famous tune is not recognizable at all; instead there are angular figurations in the horns that sound like something out of Edgard Varèse. Eventually, Russell bangs out the melody on the piano, accompanying it with a torrent of tone clusters. Then, at about ten minutes in, everyone stops playing and, after a moment of silence, an unaccompanied female voice enters singing a highly embellished version of the melody. It is vulnerable and, paradoxically, also extremely powerful. As amazed as I was by what Russell had done to this song, I was even more amazed by that voice. Eventually, the horns return with their figurations and gradually the whole ensemble enters in and ultimately drowns out the singer and it comes to an end.

To this day, it remains one of the most exrtaordinary things I have ever heard in my life. But at that instant, I finally understood how interpretation becomes a form of composition in jazz. Everything I heard after that, I heard in a new way. That wrong fork in the road is what changed my life. First I tracked down all of Russell’s Riverside recordings, then I moved on to all of the sidemen—Eric Dolphy (who was on many of these sessions but unfortunately not on “You Are My Sunshine”) became an obsession and Don Ellis (who went on to form a polystylistic big band) became the subject of one of my first published articles about music.

And then there was Sheila Jordan. At first I couldn’t find anything else. After years of scouring the bins, I finally tracked down her mesmerizing debut LP on Blue Note which, to this day, is my favorite jazz vocal album. Little by little, I tracked down everything else, and I tried to hear her live whenever she sang in New York City as well. By this time, I had become an avid jazz record collector, devouring every alternative take I could get my hands on. That was the fork in the road I went down, which I owe to “You Are My Sunshine.” To finally hear Sheila Jordan describe how this unique recording came about has been equally transformative.

Video Presentation by Molly Sheridan
You can read the entire conversation with Sheila Jordan here.

On April 16, St. Peter’s Church was hired to host a memorial for one of the masters of the Great American Songbook, Barbara Ann LeCocq, a.k.a. Barbara Lea. A native of Detroit, Michigan, Lea’s career began in the 1950s upon her graduation from Wellesley College. Her first recording was in 1953 under the alias of Midge Barber. By 1956 she was named Best New Singer in the International Critics’ Poll of DownBeat magazine. During the 1960s, though, she recorded nothing while she pursued a career as an actor, ostensibly to overcome stage fright. She returned to singing in the 1970s and soon became highly revered among aficionados of American cabaret as “The High Priestess of Popular Song.” She, like most cabaret singers, worked primarily with jazz musicians, which was reflected in the list of speakers and performers who attended her memorial, including jazz pianist/vocalists Daryl Sherman (who hosted the event), Ronny Whyte, and Bob Dorough, as well as vocalists Marlene VerPlanck, Melissa Hamilton, Karen Oberlin, Sue Matsuki, Annie Dinerman, and Joyce Breach. Impresario George Wein and cabaret entertainer Steve Ross played piano and sang. Pianist/composer Dick Miller played and remarks were delivered by cabaret clubowner Jan Wallman, impresario Jack Kleinsinger, journalists Roger Schore, David Hadju, Peter Wagenaar (read by Hamilton), and Nat Hentoff (read by Sherman), jazz scholar and musician Loren Schoenberg (also read by Sherman), and talent agent Lewis Chambers (who was also Lea’s acting coach). Pianist Tedd Firth, guitarist James Chirillo, saxophonist Harry Allen, and bassist Boots Maleson were the house accompanists (although Dorough played for Hamilton’s closing “I’m Glad There Is You”).

I only met Lea a few times in the cabaret supper club Judy’s while I was playing bass there, usually with pianist/composer David Lahm and his wife, the late Judy Kreston. She would usually be sitting with Jan Wallman, who previously ran Judy’s when it was called, appropriately, Jan Wallman’s. One of the things that struck me about her was how other cabaret singers gravitated towards her table to socialize and talk about their milieu, their cabaret clique. This was when I realized how insular the world of cabaret performers, especially the singers, is and how necessary this clique of artists has become in identifying and preserving a tradition of American popular song that has informed so much of the music industry of the 20th century. One of the speakers at Lea’s memorial (I probably should have been taking notes, but wasn’t) said, “Music without lyrics isn’t really alive.” Although I don’t agree with the statement, I do agree with his assessment that the way a melody is delivered to our culture is with the words that are ascribed to it. I flashed back to discussions I had had with Anne-Marie Moss, who dedicated an entire evening to explaining why a great tune like “Spring Can Really Hang You Up The Most” is almost never performed as an instrumental and with Betty Carter explaining why she put the song’s introduction in the middle. It was about a point of view, described as universally in the song’s words, being personalized by the performer. This was driven home in Lea’s performance of Cole Porter’s “Begin the Beguine” as a poem-like dirge during the memorial’s video presentation. Jazz singers like Lea, Moss, and Carter define a large portion of our social conscience as a musical clique.

But it is a clique that is larger than any group that might assemble at Judy’s or The Algonquin or Feinstein’s or Zeb’s Place or Kitano or Roulette. It is a clique that is identified by the way it produces music, by what Melissa Hamilton calls “sustained speech,” by singing, and includes artists like Tom Buckner, Judi Silvano, Jon Hendricks, Fay Victor, Theo Bleckmann, Andrea Wolper, Miles Griffin, Vicky Burns, Lezlie Harrison, and so many more. On Saturday afternoons I play at an open-air market on 116th Street between Adam Clayton Powell and Malcom X Boulevards with the Satchmo Manaan Quartet. This is a vocalist intensive group that plays music from the Great American Songbook usually associated with African American culture. While there are, inarguably, rifts in American society associated with concepts of racial inequality, it is also a fact that one of the “places” where these rifts are forged is in music, especially sung music. But most of the jam sessions one goes to in New York, or anywhere else for that matter, feature instrumentalists. This seems to illustrate an attitude among musicians where singers are considered “less than” by those who play upon the technological marvels that were originally designed to accompany voice. This has an effect, I fear, of amplifying the sociological rifts mentioned earlier. Looking at the Great American Songbook, how rarely African American composers (not to mention Native American composers) are represented beyond Duke Ellington and Billy Strayhorn. Oscar Brown, Jr., Stevie Wonder, and Billy Holiday are given token mention, but too often their messages include commentary about the rifts and are dismissed as “political.” This cliquing from the outside, by the culture machine that benefits the most from these rifts, is what gives the idea of cliques a “bad name.”