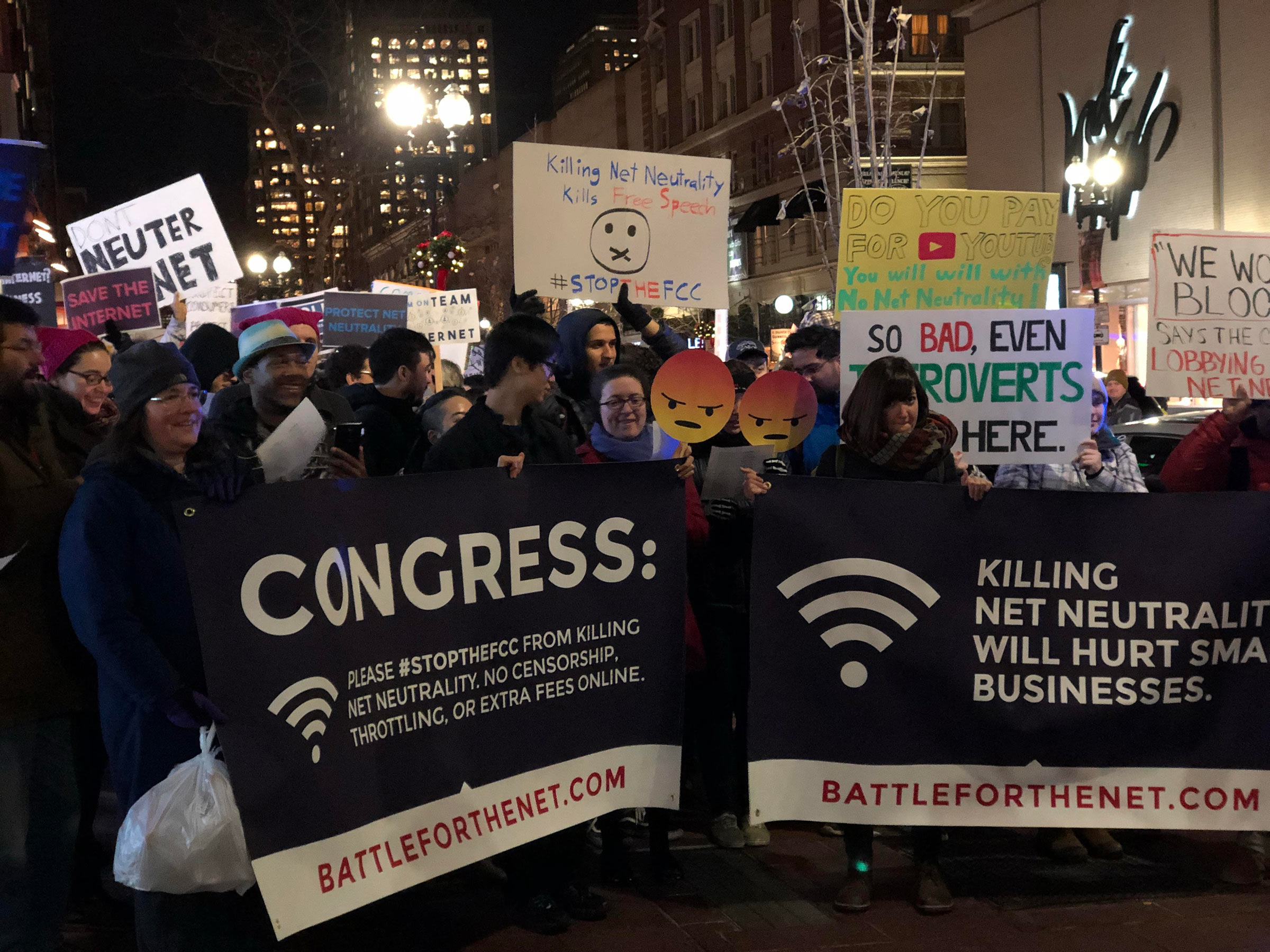 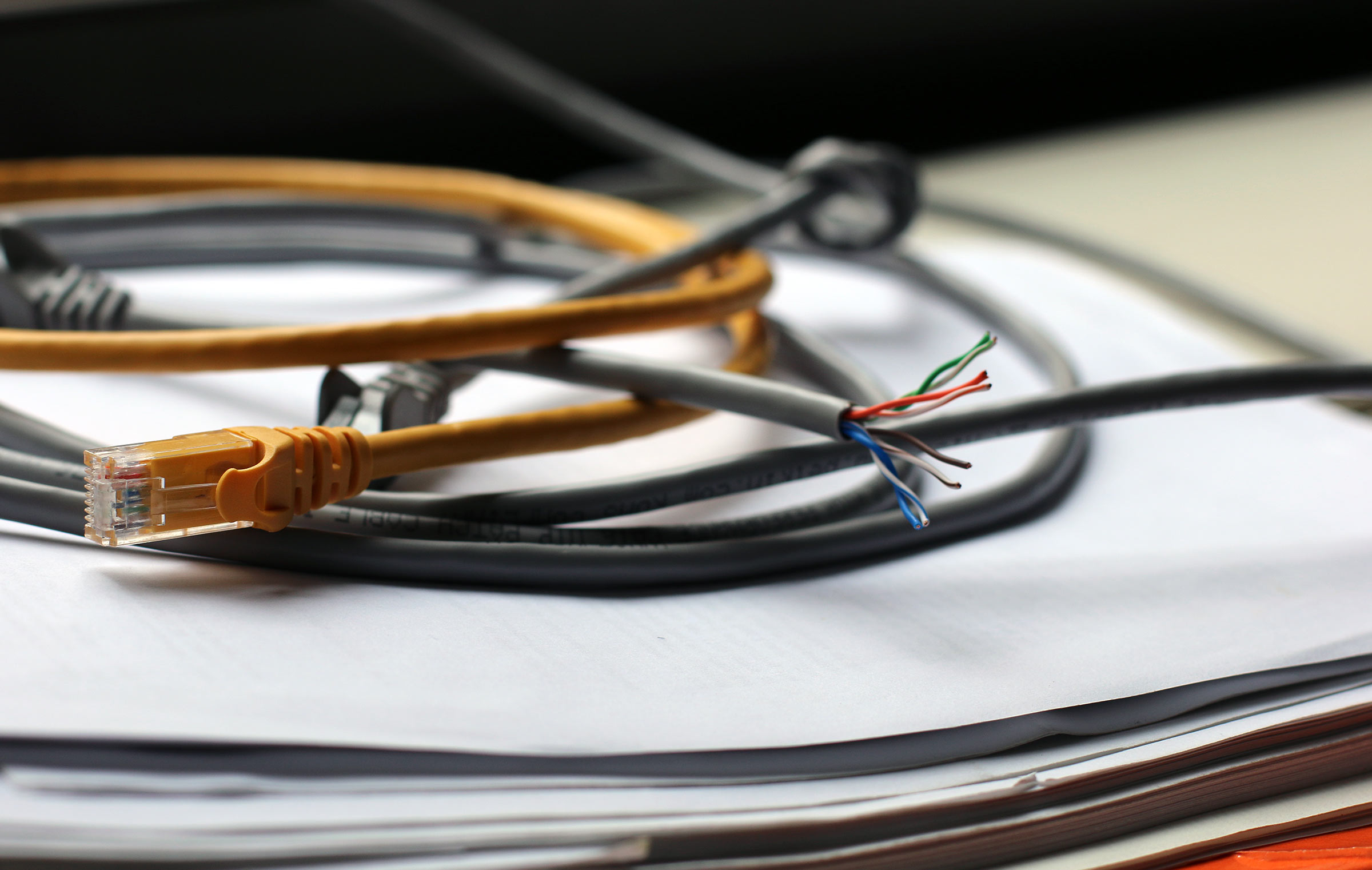 You may have noticed that the internet is upset today. Lots of organizations and individuals are participating in a coordinated effort to raise awareness surrounding the issue of net neutrality. What is net neutrality? Allow me to reduce the complexity a little: your internet connection should be like a phone line, no one should be able to tell you who you can or can’t call, what you can or can’t say on that call, or when you can or can’t make that call. Those adverse to reductionism can start a more detailed exploration here.

Every few years the issue resurfaces, each time in a slightly different guise, not unlike the arcade game Whac-A-Mole. Before discussing the mole peeking up this time, some history. Two years ago the Federal Communications Commission (think the beat cops of the internet) finally took some definitive steps and set in place what seemed to be a long-term solution. They established a set of very clear rules for internet service providers (think Comcast or Verizon): no throttling (slow lanes), no paid prioritization (fast lanes), no blocking (censorship), and some decent privacy rules, to boot. ISP’s were allowed some wiggle room, under the rubric of “reasonable network management,” to make small adjustments to the flow of network traffic in order to keep things humming along or to route around damage. The rules withstood the inevitable and immediate court challenges by AT&T and a cadre of telecom industry associations (CTIA, National Cable and Telecommunications Association, and American Cable Association). It seemed like the world could get on with its business—and watching cat videos, this being the internet, after all.

Alas, the political winds changed direction and now what seemed long-term is likely to be undone in just a few months time. A new president appointed a new chairman of the FCC, and his first order of business was to start undoing the new rules to which he is ideologically opposed. Net neutrality is once again up for debate. The contention of the new chairman is that the rules are unnecessary and will stifle competition and innovation. He paints a picture of slow connections, ageing infrastructure, and high prices. He ignores the fact that this is already our current reality and undoing needed regulation will only make matters worse.

That’s the business side of the issue. Let’s talk about the artistic side.

Alex Shapiro weighed in on this in 2010 with a great discussion on the primacy of the internet to our creative practices and promoting our work. Read it now, read it again. Nothing’s changed.

Well, it so happens Congress, long ago, told federal agencies like the FCC that they have to listen to the public. So, the FCC is required to accept comments on their proposal from interested parties before making any decisions. New Music USA is certainly interested in preserving the rules put in place in 2015 and has filed a comment to this effect. (The full text is posted below.)

You can, too. I’m sure you’re interested. So, say your piece here.

And while you’re doing that, the legendary Ms. Bassey has a potent reminder for us all…

Comment to the FCC on Restoring Internet Freedom (WC Docket No. 17-108)

America is a very creative country. Millions of people, at the very moment you read these words, are engaged in the act of creating art. Most of that art will find its way to an audience via the internet. Most of that art can live forever on the internet, a testament to our cherished freedom to create without state reprisal or censorship.

The web may be the greatest library and stage humanity has yet to create. It is also the biggest marketplace we’ve ever created. Therein lie some immense tensions that need to be considered carefully.

In 2010, we published an article by composer Alex Shapiro explaining the importance of the internet to all creative artists working today. She speaks eloquently about the primacy of an open and fair internet to the vitality of creative practice–in particular, the creative practices that do not derive significant income or command a large share of public attention. It is these areas and these practitioners our organization represents and why we’re filing this comment in support of retaining the Title II Order as passed by the FCC in 2015.

Though published seven years ago, her argument is as true now as it was then. We urge the commissioners to read this article and take its arguments into consideration in your deliberations.

Market forces create good. When unrestrained, however, they can stifle all but the most robust and entrenched actors in that market, like weeds overgrowing a garden. A flourishing, democratic, and well-educated society does not allow this to happen in its cultural sphere.

In 1996, the Telecommunications Act conceived of the internet in mostly economic terms–at that time a perfectly reasonable approach. The internet’s role as cultural engine would not emerge until years later. But today, that cultural importance is undeniable. Applying the tenets of the unrestrained marketplace and light-touch regulation could cost us dearly. We imperil the livelihood of whole generations of artists and run the risk of robbing ourselves of the next Duke Ellington, the next Beyonce, the next Lin-Manuel Miranda.

The potential damages of throttling, blocking, and paid prioritization are of sufficient magnitude to require special consideration. As pointed out in the proposed rulemaking, Restoring Internet Freedom, there has been little documented damage or malfeasance–yet. The benefit of mitigating or eliminating that risk, in our view, far outweighs the costs of a stronger regulatory framework. A new balance is required. While far from perfect, the Title II Order did just that. Only two years in, isn’t it too soon to throw it out and wind the clock back twenty years?

Located in New York City, New Music USA is a non-profit organization that advocates for the creation, performance and public enjoyment of new American music. Advocacy is inherent in its media work and grant-making, both of which support composers’ activities, as well as in its role as a key voice in the field. Its grant-making programs are pioneering new ways to support and enrich the field and its editorial work on NewMusicBox and Counterstream Radio sheds increasing light on emerging and established artists around the country. New Music USA has empowered tens of thousands of composers and stimulated the creation of thousands of new works which have reached audiences in the millions. Experience it all at www.newmusicusa.org.