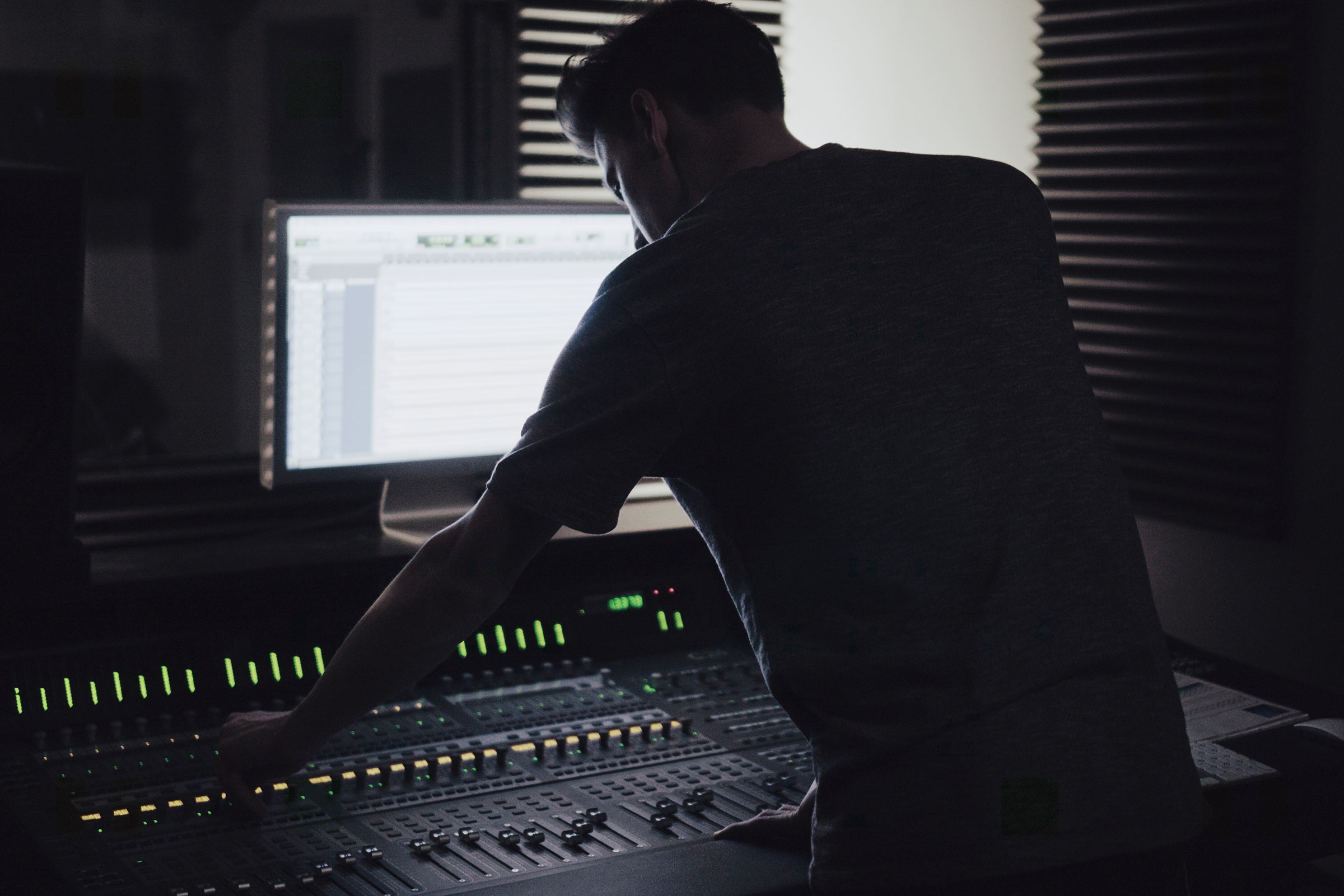 My first venture into producing was with a Texas punk rock band whose main songwriter is one of my closest friends. The relationship we had was the perfect foundation for me to explore and sculpt my voice as a producer. I had done much work as a songwriter and a composer, but producing required me to give up creative control to respect someone else’s artistry. Not every project can be with your best friends, but it is important to create some sort of relationship with the artists you work with. Let them know that you are as invested as they are in their work.

When I sign on to a non-classical project as the producer, it is important for me to know how involved the artist wants me to be. Each project requires a different process based on what the artist is comfortable with or what they are hoping to achieve. Often I’ll try to be as involved in the pre-production process as I am in the studio. What this means is that before a band or artist enters the studio to record I am collaborating with them, helping them to mold the material that they have into the best possible version of itself. My background as a songwriter makes me an effective collaborator early on in the process, and these qualities are further augmented by the knowledge and skills I gained through my formal education as a musician.

My college education provided me with practical skills to complement the songwriting craft that I had developed prior to music school. Being able to analyze and understand form and theory helps to eliminate a lot of the time-consuming trial and error I underwent as a young musician. Although the school I attended only ever applied critical thinking toward works in the classical canon, I kept an eager interest in applying this knowledge to the non-classical styles that I loved. During undergrad I was still working toward becoming a better songwriter, so I used the analysis techniques I had learned in school to analyze my favorite records in order to better understand what made them so special to me. Analyzing non-classical music gave me another set of tools that I would be able to use as a producer when needing to fortify or expand a song that didn’t quite feel complete yet.

Studying composition taught me how to reconceptualize material that isn’t working in its current context. This technique has been invaluable to me as a producer.

In addition to the general music curriculum, my composition studies also provided me with a unique perspective on music and its materials. As a teenager, I had discarded countless songs because of mental roadblocks and I hadn’t developed ways to get past this. Studying composition taught me how to reconceptualize material that isn’t working in its current context. This technique has been invaluable to me as a producer. Not only has it saved songs from being discarded entirely, but it has taken perfectly “okay” songs to another level without sacrificing the artist’s intent. The material being reframed is still unique to the artist, and nothing gets changed without the consent of its creator. None of what I do as a producer revolves around me and my creative ability. Rather, I am using that ability to enhance what an artist has provided me to work with. The ability to perceive the material in new contexts is merely a way of seeing the true potential of what an artist has created.

Maybe my favorite aspect of being a producer is how similar it is to being a good teacher, whether it be in composition, violin, etc. The goal of being a producer or a teacher isn’t to create carbon copies of yourself or your tastes. Instead, you work harder to help artists or your students achieve (or sometimes to develop) their visions. It’s a more involved and difficult process than it would be to just change everything until you’re satisfied, but the end result is a product that is a true representation of someone other than yourself. It is a work that, as a producer, you helped to develop in order to fulfill another person’s vision, and that is a unique type of satisfaction.

Once I am in the studio with a band or an artist, things start to move quickly and it becomes necessary to focus both on the minor musical details as well as the broader picture of what the project is intended to be. Organizational skills, time management, and the ability to provide constructive feedback all come into play in a studio session. Not only am I monitoring the recording process, but I am also making decisions regarding where the most time will be spent, understanding how each part will sonically fit into the whole, and coaching performers when it is needed. It’s important to remember that each of these tasks involves a conversation—whether it be with your artists or your engineer—and the more you communicate, the more efficient your process will become.

When monitoring the recording process, there are two primary goals in mind. Capturing a technically proficient take and capturing the right performance. Music is an emotional force regardless of the genre you are working in, and it is important to portray that emotion in the performance. With indie artists or bands this is most evident in the vocals, which is why vocal tracking is one of the most involved processes. A singer may nail a passage technically, but if the performance doesn’t portray the right mood, it does nothing to serve the song. This is where a bit of coaching may be required, but just because a performer is being coached does not imply incompetence. It is simply the benefit of having an outside perspective weigh in on the effectiveness of a performance. Perhaps instrumental performers can relate to this type of coaching the most. Even though you may not always be coaching on the same instruments, a good coach understands how to articulate a mood or a character in the music so that any musician can understand. This ability to effectively talk about music is an invaluable skill that shouldn’t be taken for granted.

The final processes that a producer is typically involved in are mixing and mastering. It is not uncommon for your recording engineer to also be your mix engineer, and having developed a strong communicative relationship will make mixing and mastering smooth and stress-free. In the mixing process, the engineer relies on clear and concise directions from both the producer and the performers. There’s no reason you can’t begin communicating with your engineer during the recording process about mix ideas. These ideas can range from topics such as balance between instruments, the use of special effects such as delay, or the overall timbral qualities of a song, e.g. dark, bright, warm, etc. Engineers who know where you intend to go sonically can begin to lay the groundwork before the recording process is finished, which makes mixing easier on everyone.