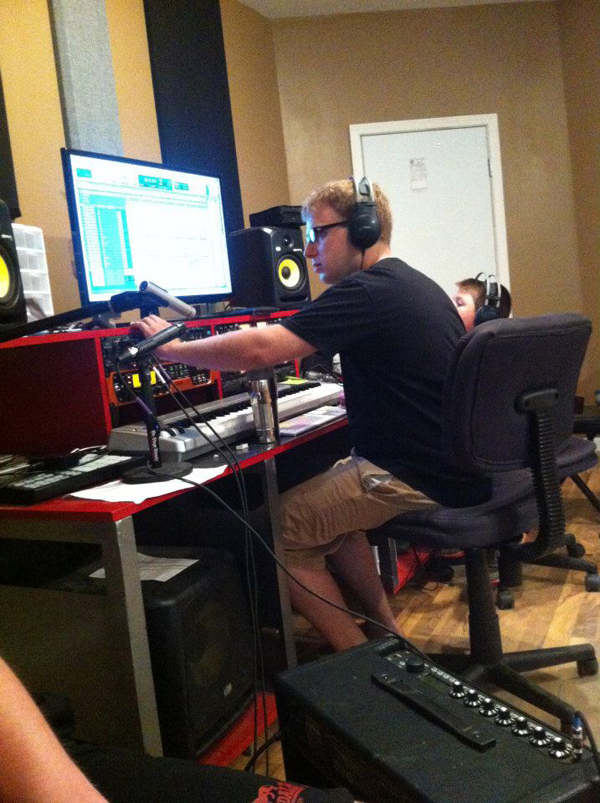 It wasn’t until I joined the teaching artist organization, Music Ascension that I first encountered the phrase “giving voice.” Like all good phrases, it has stuck with me and I’ve continued to refine my understanding of its meaning. Over the course of the past year working as a teaching artist, I’ve encountered a myriad of young artists and assisted in the development of their creative voices. The challenge is to help them develop as artists and individuals without imparting personal aesthetic and creative preferences. This is what giving voice has come to mean to me.

Learning how to become present in a young person’s work was initially a challenge for me. Like most artists, I’ve often felt insecure about myself and my work. My guitar playing wasn’t fast enough. I was a bad singer. My compositions weren’t that good. I’ve suffered from “impostor syndrome” and have questioned whether or not I should even be an artist. All usually before lunch.

It turns out that none of this matters when working with young artists.

In a typical songwriting course at Lake of the Woods and Greenwoods camps, I began the first class with a creativity exercise. I had students list their five favorite things about being at camp. After that, I had them write a series of couplets about three of those things. Then I asked them to take their favorite couplet and add a second couplet that related. “Voila!” I would say. “We’ve just written our first verse.” Campers would be amazed and excited that they had started to write their first song. Once they had established their lyrical ideas, they would begin to sing little melodies for their lyrics. I would bring my guitar over and help the camper find chords that fit their nascent melody. In this moment I was no longer able to worry about my guitar playing or knowledge of songwriting. Instead, it was my job to nurture this seedling of a musical idea and help the camper grow it to a full song. As I began to remove any sense of ego from this work, I began to remove ego from my own creative process. I was faking confidence in the beginning, but as this process continued I began to gain confidence myself. (This growth mirrored the confidence that the campers were feeling in themselves). I started to apply this assuredness to my own work, pursuing ideas even if they lead me down an artistic rabbit hole.

The second challenge was learning to create an invisible presence. Like all artists, I have aesthetic preferences and opinions that guide my own creative work and processes. Although these preferences are fluid and ever-changing, they are always present. When working with campers, I had to learn to move beyond my own personal choices in order to honor the individuality of the campers’ creative and musical interests.

Prior to showing up to camp last year, I had never encountered dubstep. I knew it was a popular musical genre and that one of the most popular acts was Skrillex. (However, the only time I had ever encountered Skrillex was while on a Syracuse University alumni panel, where I promptly asked if Skrillex was the name of a cookware company.) On my first day at camp, I met a young camper who was enamored with dubstep and who wanted to spend the summer working on his first dubstep track. Rather than dismissing the camper or attempting to steer him in a different direction, I researched dubstep, the techniques involved in creating it, and listened to a handful of the most popular tracks. While to my ears, the entire genre seems to be derived from Julia Wolfe’s Tell Me Everything, it was a quality learning experience for me and helped the camper develop a dubstep track that he was proud of.

The final part of creating an invisible presence is learning when to push and when to pullback in the teaching process. This is the second year we’ve run the program at Lake of the Woods and Greenwoods. Many of the songwriting students from last year have returned to the program. With the more experienced students, I’ve been able to challenge them, expanding their understanding of lyrical and musical ideas. In order to do this in a fulfilling way for both parties, I’ve had to increase my own knowledge of pop, hip-hop, and other genres I’m less familiar with. In the past few weeks, I’ve challenged young aspiring rappers with the slam poetry of Saul Williams and Alix Olson, attempting to expand their social consciousness.

Creating an invisible presence is about eliminating ego, sharing in your students’ creative goals, and working to best further their voice, regardless of personal aesthetics. In my final post next week, I will talk about how expanding my openness to all forms of creativity has had a positive impact on my own work and creative process. 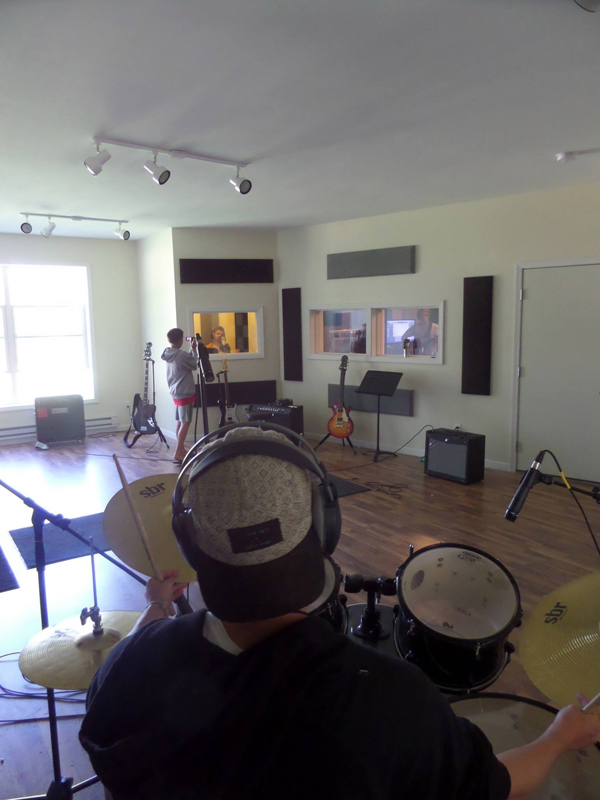