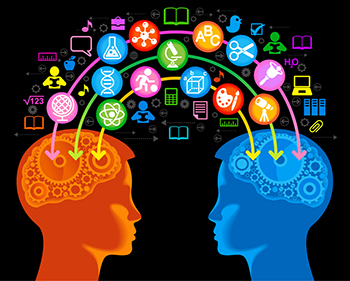 There have indeed been a great number of John Cage concerts, festivals, articles, and discussions throughout the world in 2012 in celebration of his centennial and I can certainly relate to experiencing a bit of Cage fatigue, especially here in New York where the din of Cagean noise has approached a veritable roar. However, what I have a difficult time relating to is the completely cynical rejection of Cage and his legacy that the composer Daniel Asia conveys in his article “The Put on of the Century, or the Cage Centenary” published on January 3 in The Huffington Post. In this rather mean-spirited piece, which begins by noting that this year (2013) marks the 100th birthday of Stravinsky’s Rite of Spring, Asia repeats many of the standard criticisms of Cage’s music that have been made from the beginning: that it is non-developmental, it lacks form and structure, it lacks meaningful pitch relations, it lacks tension and release, etc. He also asks the question: “While Cage is being feted this year among my musical colleagues almost as much as Stravinsky, why should this be so, and what does it mean?” The author goes on to recapitulate a bit of 20th-century music history in making the antiquated case for the supremacy of “the tonal enterprise” (i.e.: harmony and counterpoint), seemingly dismissing the entirety of modernism in the process.
I am no proselytizer for modernism, but at least I accept that it happened and that our music and culture have been forever altered by it. Nothing is essentially wrong with the “tonal enterprise,” but most of us acknowledge that in the aftermath of the tumultuous 20th-century, we live in a dramatically expanded field of possibilities. Not only do we now have a range of idioms and languages such as atonality, aperiodicity, serialism, jazz, heavy metal, gamelan, gagaku, Chinese opera, punk rock, mountain music, electronic and computer music, sound art, field recordings, noise, balloons, bird songs, sirens, mechanical instruments, MIDI controllers, free music…you name it, but we also have a whole universe of approaches to form and structure. To rely only on the traditional recipe of hierarchical relationships, the play of consonance against dissonance and the ultimate resolution of expectations, is to live in the past.

Which brings us to Cage: I believe I am in good company when I assert that John Cage is our country’s most important and influential musical thinker. It would take much more time and space for me to fully make that case, but suffice it to say that Cage revolutionized music in such a way as to make it possible for anyone to make any music they imagine. His example of openness and acceptance of diversity has inspired many to become involved in music, and perhaps most importantly, through both his own work and his proselytizing on behalf of a great many neglected or unknown composers, he essentially defined our understanding of a distinctly American musical identity. While we here on these shores are undoubtedly rooted in Western civilization, we are a decidedly multi-cultural and free-thinking nation, and as we have come to recognize, many of us identify as much with the East, the Americas, Africa, and “other” as with European ideals. Our homegrown musical culture makes this clear by its vast diversity. To ignore the complexity of our situation is foolish.

Now I don’t expect everyone to endorse or emulate Cage and his aesthetic, although a little more love for his Sonatas and Interludes would be nice—it’s probably his greatest work! (Check out Maro Ajemian’s 1951 recording first issued on Dial Records and later by CRI. Wow!) It would in fact be in keeping with his very ethic of openness and acceptance of diversity to follow your own path (he often said as much). But I do expect composers working today, especially in America, to have at least an understanding of what Cage means and why he is important. How an American composer and professor, Daniel Asia in this case, living and working in the western states no less, could still have no real understanding of or interest in a composer who is arguably our greatest and most influential figure is, well, surprising. The bigger question for me is why this should be so and what does it mean?