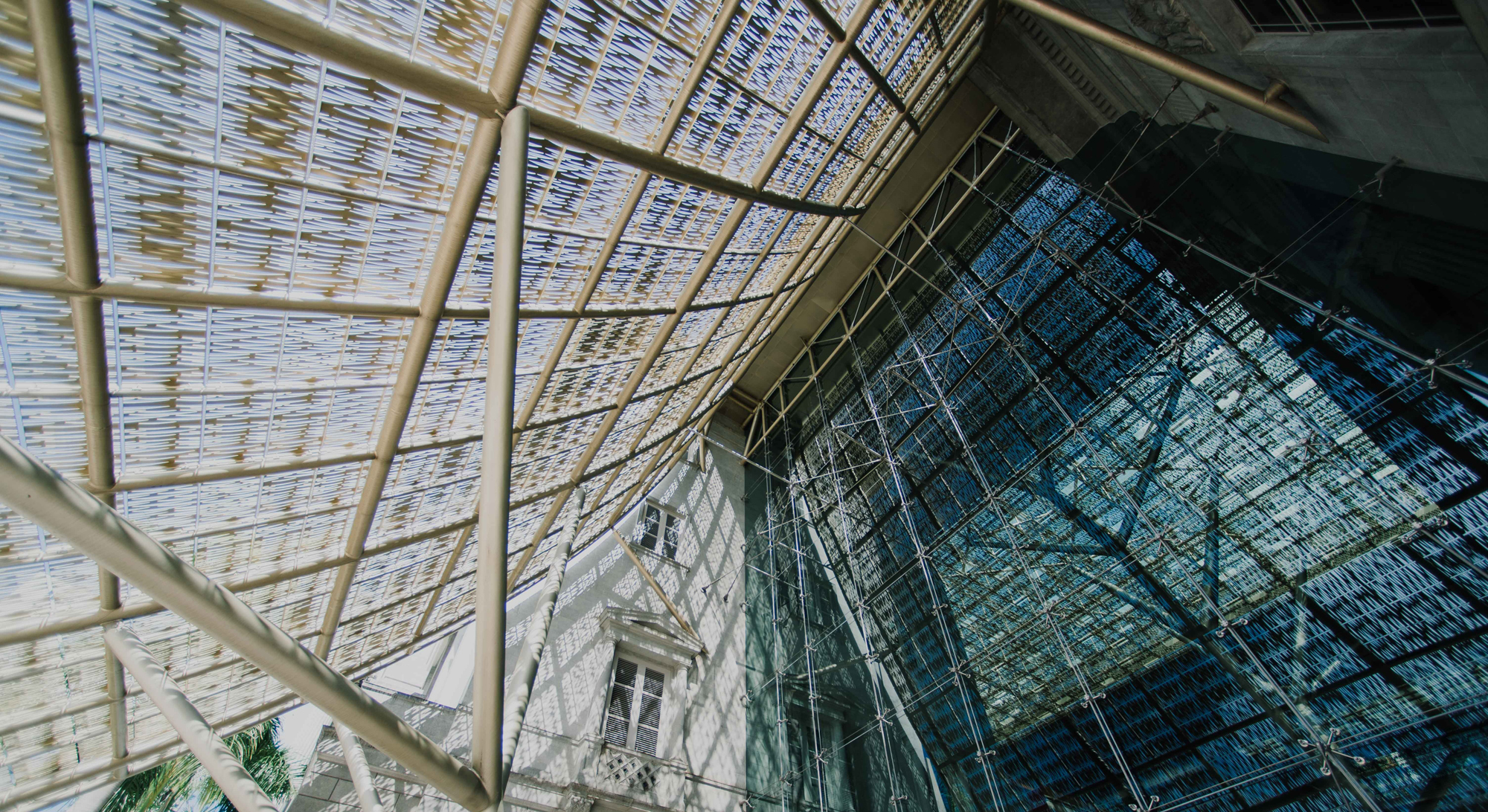 Special thanks to Neil Banas for creating the interactive model below.

“We need to be patient.”

“The music will find its home.”

“But it’s not about fame, it’s about doing the work you love!”

“Surely you don’t want people playing your music just because you’re a woman?”

“The best music will rise to the surface!”

“Things are getting better!”

Over the years, whenever the under-representation of women composers is discussed, I keep hearing variations on the themes above. Whether these phrases come from those wanting to encourage women composers, those downplaying the existence of sexism, or indeed from women composers ourselves trying to look on the bright side, the underlying message is, “Yes, it’s frustrating, but we just have to wait. We’ll get our turn. Things will be okay!” And on the one hand, sure, I’ll wait (while also being stubborn and persistent and working for change). I’m hardly going to give up composing because there may be a statistical likelihood that my pieces will be performed a bit less frequently than those of a male peer! But on the other hand, let’s not pretend this is reasonable or that enforced waiting doesn’t have real, long-term consequences: real consequences in terms of opportunity, real artistic consequences, real financial consequences – and ultimately, real consequences for who gets to continue being a composer.

A complicated lineage leads to and from each piece, each performance, each commission, each award, and each royalty check.

The longer I trace my own career and observe the careers of students, friends, and colleagues, the more I see the complicated lineage that leads to and from each piece, each performance, each commission, each award, and each royalty check. Piece A is premiered, then performed six more times by people who heard the premiere, one of whom commissions piece B, which he performs and sets as repertoire for his students, who go on to perform it professionally. After a couple of years, the royalties add up to enough to pay for a couple of months off teaching, during which time one writes piece C… Or piece D is commissioned by an orchestra, which premieres it. The recording is sent to a competition and wins, resulting in the commission and premiere of piece E. Another orchestra decides to perform pieces D and E and invites the composer to be composer-in-residence, which puts the composer in touch with a donor who is able to fund the creation of piece F… Over the years each piece develops its own trajectory, almost always something completely unpredictable at the outset. One finds new opportunities, new ideas, and new collaborative partners in the most unexpected of ways. But what happens if piece A is never performed? Or is performed four years late? What happens if the performer assigns a different piece to his students? What happens if piece D is never commissioned? What happens if the composer residency doesn’t take place?

It doesn’t take much of an initial difference in the rates of commissioning, performing, or promoting works by women for the cumulative effect over the years to become striking. Let’s say (and I think this is a generous overestimate) that a woman composer’s works are 95% as likely to be performed as those of a man composer of equivalent accomplishment, and that she is 5% less likely to be commissioned than her male colleague. In order to illustrate the knock-on effects of what initially seem like small differentials, we’ve made a handy, interactive computer simulation of how these play out in the long term.

Matthew writes new piece(s) without a commission each year.

He receives a new commission every performances (although he never composes more than pieces per year).

Mathilda has equal experience as a composer and manages her career in the same way, except that for her, the chances of a performance are %, not %, and she receives a new commission after every performances, not .

After years, Matthew has about performances per year, and Mathilda has about (% as many). They have composed and works, respectively, of which % and % were commissioned. At this point in his career, Matthew earns $ from composing in a typical year, while Mathilda earns $.

The interactive model above was created expressly for this article by Neil Banas.
Drag mouse/finger to the left or right on the blue text to decrease or increase the number.

As you can see, what seem like small differences in the rate of performance or recognition compound yearly and can have an enormous impact over the course of a career.

Depending on the combination of our upbringing, our cultural background, our gender, and our personality, we may think of ambition as admirable or abhorrent.

Writing about our careers—and particularly about the way outside factors may or may not influence them—can make us feel very vulnerable. If we’re not doing as well as we had hoped, and we admit it, someone may jump in and say, “Well, maybe your music just isn’t good enough,” or—and I’m genuinely surprised by how often I still hear this—“I’m not sexist, but there’s just not very much good music by women.” If we are doing as well as or better than we had hoped, will celebrating our successes seem boastful? Will we hurt our friends who are doing less well? Will we “jinx” things?[1] Depending on the combination of our upbringing, our cultural background, our gender, and our personality, we may think of ambition as admirable or abhorrent. We may think of contentedness with our careers as the ultimate goal, irrelevant, or a sign of laziness. But we need this kind of scrutiny if we’re going to figure out where inequities still exist and begin to address them. If the second edition of an anthology proudly proclaims that it now includes works by women composers, but the percentage of works by women is smaller than the percentage of women who are composers, then the anthology is still part of the problem. Or if I’m teaching a class on, say, contemporary Canadian music, and 20% of the pieces I include are by women, but 24% of contemporary Canadian composers are women, then I’m part of the problem.[2]

In any case, we don’t have to look at this individually. Perhaps my career has been magically untouched by sexism: perhaps yours has been, too. The fact remains that sexism, both conscious and unconscious, affects most women’s careers. In the UK, 51% of the population is female, 36% of composition students are women, 21% of commissions go to women, and only 7% of orchestral commissions – which tend to be the most prestigious and highest paid – go to women. In the US, 22% of music theory/composition students are women, but only 14% of major orchestra commissions go to women. Twenty-four percent of living composers who belong to the Canadian Music Centre are women, but women make up only 11% of the music composition faculty working in Canada.[3]

Composing is a hard profession, but let’s make sure we’re not making it even harder for people who don’t fit the expected profile.

I’m absolutely not suggesting here that middle class, white, cis male composers have it too easy. Composing is a hard profession: even those with the most advantages may struggle to find non-exploitive work situations, social recognition, and financial stability. I want to live in a world where the arts are valued, and things are better for all of us! But in this already hard field, let’s make sure we’re not making things even harder for people who don’t fit the expected profile of a composer. Women are of course not the only composers who get left out: the farther one deviates from the straight, cis, able-bodied, white, European, middle/upper-class, male composer image that remains so dominant in the North American and European new music worlds, the more likely their works are to be overlooked. The more we recognize the impact of even seemingly small decisions about what to program, who to commission, and who to recognize, the more we can work to change things.

So, yes, here I am, and here we are, being patient. I’m not going away! But no, I will not be patient about having to be patient!

1. I won’t say here how I feel about my own career, but if you’re curious, you can read this interview on pianist Frances Wilson’s fabulous blog Meet the Artist.

2. One can argue that women composers should be represented in proportion to the percentage of women who are (known to be) composers in a given place or time or period, or that music by women should always be 50%, or somewhere in between, but that lies outside the scope of this article. I think we can all agree that equitable programming would, at a minimum, include works by women in the same proportion as composers who are women, so I’ll stick to those figures for the purposes of this article.

3. I counted up the number of women composition professors in the first 20 Canadian music departments that came to mind. It’s possible the percentage is a bit higher or lower, but I doubt it’s off by more than a point to two.