Our community, no, our world, has always been defined in one way or another by the presence of Milton Byron Babbitt. We have all, at one time or another, had to come to terms with his music, with his ideas about music, and with the place he helped define for composers within the American university. Anyone who can make us question the way forward so profoundly is helping us become ourselves, whether we like it or not. And with Milton Babbitt’s passing a few years ago, our world is diminished in ways we have yet to realize.  From my tone, my great affection may be obvious, but even people who—to put it kindly—were not fond of Milton owe him a debt of gratitude.

For those of us making our way in the studio, Milton represented something very special.  His leadership was instrumental in establishing the Columbia-Princeton Electronic Music Center. While Luening and Ussachevsky were responsible for the series of Rockefeller grants that established the Center, as well as arranging the loan of the RCA Mark II synthesizer and its move up to the Prentice building on 125th Street in New York, Milton helped establish the C-P EMC as a major center of musical inquiry. (This in spite of the fact that ultimately only Milton, Charles Wuorinen, David Lewin, and perhaps a few others of whom I am not aware ever used the RCA.)  In his role as co-director of the EMC, as in every role he took on, Milton served as an example of someone with the very highest standards for the art of composition.

The fledgling profession needed a public advocate and Milton Babbitt was electronic music’s most articulate spokesperson. He appeared on radio and television and also sat on government and foundation panels.  His lecture topic was often ostensibly technical.  To quote a line from a lecture recorded at the New England Conservatory in the 1960s, “[T]he joy of the electronic medium is that once you can capture sound… it’s not susceptible to change” (by which he meant no longer susceptible to inaccuracy).   In other words, Milton used the newness of electronic music as a way to speak about cherished ideas about music that, while given new power by the evolving technology, were already part of his musical thinking.  When Milton spoke, as he often did, about the importance of “time and order in music” he could just as easily have been speaking about Schoenberg as electronic music.  This too was the power of his example—musical thinking, while potentially expanded by changing technology, is always at the core of what we do.  Milton, and others at Columbia, always asked, “How can I use the tools that I now find in front of me to explore musical ideas?”

In spite of what many might think, Milton’s position on rigor in electronic music practice was as much practical as ideological.  The world of electroacoustic music is still tainted by the notion that the studio is the playground of dilettantes, while real composers write for “real” instruments.  In the late 1950s, when the EMC was established, it was critical that the new venture have the highest aspirations if it were to survive and flourish.  For all that was being invested in grant dollars, facilities, personnel, and all the public notice, there would also need to be a tangible payoff.

Arguably that payoff came quickly.  Composers flocked to the Columbia-Princeton studio—Stravinsky and Shostakovich among many others visited.  At Babbitt’s suggestion at Tanglewood in the summer of 1958, the young Argentine composer Mario Davidovsky came to work there, a move that helped define his career and who, along with another émigré composer, Bülent Arel (who came to CP-EMC from Turkey in 1959), shaped a major electronic music tradition. The studio also drew countless students who were inspired to make their own musical and technical contributions, among them Wendy Carlos, Charles Dodge, Halim El-Dabh, Alice Shields, and Robert Moog.

One aspect of the legacy of the early EMC is the notion of a studio as a musical instrument rather than simply a facility for research.  Hundreds of pieces were composed at Columbia through its first few decades, and a number of these have become acknowledged as masterpieces.  I would include on this list many of Babbitt’s electronic works, especially the pieces for live and pre-recorded resources, such as Philomel (soprano and tape) and Reflections (piano and tape).

Babbitt’s electronic works, all realized on the mammoth RCA Mark II synthesizer are idiosyncratic and highly personal.  The RCA, as Milton put it in the 1997 interview he contributed to our Video Archive of the Electroacoustic Music

, “was the perfect instrument for me.” It was the RCA’s degree of rhythmic precision that most interested Milton.  Ironically, while most composers were excited about the new sounds that the studio made possible, Milton claimed no interest in the sounds themselves.  I suspect that, as in many such things, he was overstating his case.  I cannot hear pieces like Ensembles for Synthesizer without feeling great affection for the sound of the piece.  And one aspect that makes Philomel such a coherent world is the way in which the electronic sounds interact with the vocal sounds (recorded by Bethany Beardslee) that Milton took pains to process through the RCA.

I have avoided the temptation to personalize this essay to this point, but while I never studied with Milton, he had a profound effect on my life and work both through the example of his music, which I heard performed live frequently through the 1970s and ’80s, and through his consistent personal encouragement over our friendship of thirty years—this in spite of a vast difference in our personal aesthetics. (I suspect that many readers could report the same.) Rarely a day goes by when I do not think, usually fondly, of some thought-provoking phrase of Milton’s.  In writing my tribute piece for his 80th birthday, Left to His Own Devices, I spent an exhaustingly intensive few months with samples from archival interviews Milton had given over many years.  In hearing those same phrases over and over again, intoned in that beautiful, resonant voice, a layered and nuanced music emerged and became one with the composer himself.  It is this unified yet ineffable complexity, together with a core of generosity and kindness, that will always be the way I remember the man. 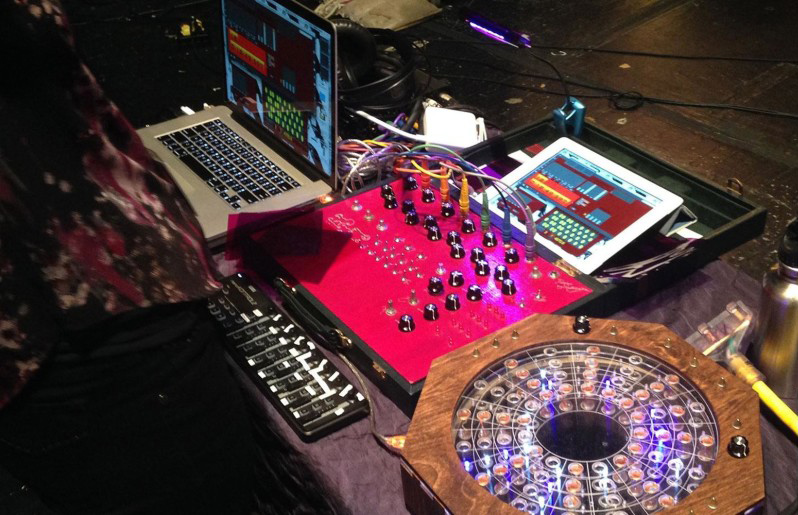