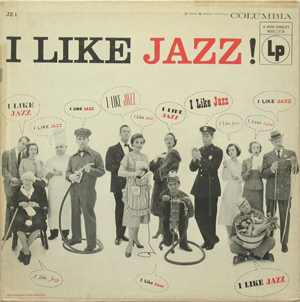 The festival started in very much hybrid territory—Thursday’s concert featured Pierre Hurel and students from the conservatory’s Improvisation Workshop; Friday’s, jazz-influenced chamber music of European provenance. Saturday’s concert, though (the first I was able to make it to), was an open bar of high-proof jazz: The Fringe (saxophonist George Garzone, bassist John Lockwood, and drummer Bob Gullotti) now in their 40th season of free-jazz ferocity.

The program, called “The Future of the Church of Coltrane,” promised four Coltrane standards; true to their open-ended ethos, the group only made it through two. In their interpretation, the Church of Coltrane’s theology came out as positively Talmudic, the beat never regarded directly, but its contours revealed through learned elaboration: a torrent of skittering double-time carved up into heady, complex varieties of hemiola. Coltrane’s own “Crescent” emerged out of a freeform introduction more or less intact, but soon veered off into a thrillingly intricate give-and-take. Gullotti’s drumming reached an almost continuous roll, like a mandolin of indeterminate pitch, Lockwood holding down the time, Garzone in torrents.

The trio then embarked on an improvised course (if there was a tune behind it, I didn’t recognize it) almost suite-like in its variety, from wandering-through-a-minefield free jazz to a driving, straight-eighth groove and back again. Gullotti managed to expand his already wide palette, sticks, mallets, and brushes giving way to hands for a tabla-like accompaniment to a Lockwood solo. I kept thinking of the way you set up a new television, letting it roam across the spectrum, picking up more and more channels to flip between; by the end, Lockwood and Gullotti in furious sync, Garzone switching packets with great, honking multiphonics, the group was jumping between layers of rhythm with unpredictable push button glee.

Garzone started Billy Eckstine’s “I Want to Talk About You,” a Coltrane showpiece, with a ruminative solo based around some neat, Lisztian trompe l’oeil effects, arpeggiating his own changes up and down from the ridge of the melody. Lockwood and Gullotti snuck in with sparse accompaniment, keeping the background at a simmer even as Garzone continued on his voluble way.

The second half was pure improv, which, curiously, at times sounded more like a standard than the standards did, a neat rising-scale colloquy between Lockwood and Garzone falling into a set of tango-beat changes. Again, it was extended techniques from Garzone that shifted the music into more revelatory territory, before an obsessively Beethovenian climax: Garzone hammering away at a minor third and a low-octave root. For an encore, the group flirted with punk: a brief wall of rapid-fire assault, first Garzone alone, then the others dashing in like Butch and Sundance.

Sunday night’s festival concert brought a third stream extravaganza, with—who else?—Gunther Schuller, the style’s godfather, at the podium, leading combinations of professional freelancers (organized along the 5-5-5 lines of Stan Kenton’s Progressive Jazz Orchestra) and the conservatory’s student body. (Hewitt, a saxophonist and Schuller protégé, who likewise maintains jazz and modernist footholds, slipped in and out of the band.) The opener was a sharp-lapelled reading of the late George Russell’s “Lydian M-1,” the Lydian Chromatic Concept in its ’50s-cool glory, student Laurent Warnier pouring out the vibraphone lead like a classic cocktail.

Charles Mingus, gone since 1979, still throws curves. Three of his quirkier pieces, all in scaled-down arrangements by Schuller for the Mingus Orchestra, straddled classical and jazz in tricky ways. The performance, too, walked an at times tense line between classical precision and reposed swing, not quite sure whether to stay on top of the beat or sink into it. “Taurus in the Arena of Life” chops and changes between slow swing and crisp, Spanish-tinged steps, and each style always took a few beats to come into focus. “Half-Mast Inhibition,” an early Mingus essay, seemed to have its head alternately turned by Les Six and Raymond Scott. As the performances became more nimble, the classical overtones sounded clearer: “Inquisition” came across as the work of a composer on whom Ravel’s Bolero made a deep and lasting impression.

A pair of Schuller’s own works were clearer in their boundaries. “Headin’ Out/Movin’ In,” a 1994 composition, starts in full modernist provocation, the sort of roiling murk that Schuller does so well (contra-alto, bass, and contrabass clarinets, a deluxe expressionist weave), then trips into an atonally refracted Hampton-esque jump; Tim Meyer took the tenor sax lead—originally written for Joe Lovano—with a nice mercenary bounce. “Jumpin’ in the Future,” one of Schuller’s earliest (1947) big band exercises, was surprisingly effortless in its 12-tone swing—Schuller had this third stream thing nailed pretty early on. A fairly leisurely tempo provided a feeling of solid ease.

It was mostly the pros who took the stage for the second half, devoted to the full band. More Mingus to begin: “The Shoes of the Fisherman’s Wife Are Some Jive Ass Slippers,” a 1965 workout, almost a chorale prelude, with motivically fueled variations in Spanish and swinging colors. The rest was devoted to Robert Graettinger, a composer and arranger who pushed the big band envelope for the Kenton orchestra in the late ’40s and ’50s before dying too young. A pair of arrangements sounded very much like the work of a young man, overflowing with talent and ideas, disdainful of restraint. “Autumn in New York” emerged out of a dense polytonal haze, with the standard sweet sax choir lockstep harmonization sounding practically rococo. “Laura” was even more determined in its unorthodoxy, never coming close to anything even resembling the tune’s standard changes, the formidable trajectory of Raksin’s melody brought out by the lack of harmonic stability.

Graettinger’s originals were similarly drenched in mass. “Thermopylae,” from 1947, applies the dense style to more motivic material in short bits of overlapping melody. The culmination was Graettinger’s magnum opus, the suite City of Glass, here performed in the 1951 version that the Kenton band recorded. The sound is arresting—imagine Gershwin getting his portrait painted by Clyfford Still—and the performance was grand, but the much-of-a-muchness quality was again predominant.

The comparison with Mingus was revealing. Mingus’s handling of the big band style was comparatively more traditional, an outgrowth of the Ellington school. But Mingus was also far more cagey in revealing the band’s full power, which means, of course, that he was far more fluid and varied in his use of instrumental combinations and timbres. Even in City of Glass, Graettinger remained in thrall to the sound of the full band; instead of a play of colors, it was more a saturation, the hues projected together into a dazzling, blinding white.

The same weekend, at campuses in Amherst and Medford, the Boston Modern Orchestra Project offered its own take on jazz-classical hybrids. (I attended the December 4th concert, at Tufts.) “BMOP and the Abstract Truth”—the title an homage to another progressive big band composer, the great Oliver Nelson—got off to a slow start. George Lewis’s 2010 eight-player Ikons fell much more on the contemporary classical side; despite some intriguing sections—an opening of uneasy oscillations between dense sonorities (almost like late Michael Tippett, actually), a maze of steady, circling eighth notes, eccentrically tenacious—the music eventually settled into busy, arbitrary gong-and-glockenspiel-fueled modernist noodling of a familiar kind.

The stronger pieces on BMOP’s bill, interestingly, juxtaposed the traditions more than they mixed them, using one to set up the appearance of the other. In T. J. Anderson’s Ragged Edge: A Rag Time Reflection, the jazz elements were like a radioactive tracer, revealing in outline the music’s essentially modernist process of deconstruction. The chamber symphony (four winds, four brass, piano, strings, and a drum set, the latter worked with wry exactitude by Craig McNutt) seemed to be continually falling apart into fragments—but each fragment had an exact, fully formed profile. The ideas in Ragged Edge run a gamut, from New Orleans nostalgia to oblique atonality to aleatoric rustling; but there does seem to be a progression, from the duple syncopations of classic rag tropes to the triplet-based swing of ragtime’s novelty imitations to the hard-backbeat, sixteenth-note funk that, perhaps, the piece proposes as the genre’s true descendant.

David Sanford’s 1992 Prayer: in memoriam Dr. Martin Luther King, Jr. began with a swirl of modernism not unlike Lewis’s, but after a couple minutes in the wilderness, a sharp series of triadic knife chords kicked the music into an insistent, tight modern jazz reproach, eventually reaching a Nelson-worthy place of big band power and new music angles. The music was confident enough to pull off a Haydnesque farewell, everyone leaving the stage except for trumpet (Terry Everson) and piano (Linda Osborn-Blaschke), tying off the wound with eloquent resignation. (Conductor Gil Rose and the group were at their best here, showing off burnished sound and estimably solid swing.)

The second half brought Anthony Davis’s You have the right to remain silent, a 2007 concerto for clarinets (J. D. Parran), electronics (Earl Howard), and fifteen players. Three of its four movements followed a similar pattern: a somewhat disconnected, fragmentary opening, with Parran ruminating in free jazz, extended technique territory, the ensemble occasionally chanting parts of the Miranda warning that provided the work’s title while playing; a cadenza-like section, with Howard manipulating the sampled sounds of Parran and Robert Schulz’s drum set into skittering waves; then a coalescence into full big band drive.

My favorite was the second movement, the orchestra sinuously lush under Parran’s wounded animal multiphonic cries, the cadenza a crescendo into a romantic ballad culmination. The finale, in turn, strikes out into post-modernist territory, a grove of minimalistic ostinati that abruptly dissolves into nothing. I mean it as at least something of a compliment that I wasn’t quite sure what to make of You have the right to remain silent, expansive in scope but more intriguing on a section-by-section basis than taken as a whole.

You have the right to remain silent seemed to have something of Mingus’s elusiveness, though in this case, it was a full marriage of jazz and modernism that was regarded warily. To use an image from that other historically fraught arena of race and artistry, the boxing ring: the jazz and avant-garde threads were always sizing each other up, circling each other, waiting for an opening. It was a bout memorable for its footwork instead of its punch.