In the wake of the many “Best of 2013” lists floating around, I wanted to highlight some recent album releases worthy of your time and attention. I didn’t select them for this reason, but it occurs to me that they each say something interesting and distinct about what it means to make American music right now.
William Winant—Five American Percussion Pieces (Poon Village Records)

Winant has been a champion of contemporary percussion music for decades and can boast a personal connection to most of the composers represented on this album—Lou Harrison, Michael Byron, Alvin Curran, and James Tenney. This is a fascinating snapshot of mid-to-late 20th-century American percussion music, including pieces as early as Harrison’s Song of Quetzalcoatl (1941) and as recent as Curran’s Bang Zoom (1995), with works from the 1970s by Byron and Tenney filling in the gaps. The recordings themselves span many years, too—Byron’s Tracking I was recorded in 1976, while Tenney’s Never Having Written a Note for Percussion was recorded earlier this year. Taken together, these works lend the album the feeling of a retrospective in miniature, spanning most of Winant’s prolific career as a performer.

Song of Queztacoatl is the lone ensemble piece, and a curiously strident one for Harrison. It alternates between aggressive sections driven by unpitched percussion—tom-toms, bass drum, an insistent snare drum—and more melodious passages inhabited by bell-like muted brake drums, glasses, and cowbells. The Willie Winant Percussion Group (Todd Manley, David Rosenthal, Daniel Kennedy, and Winant) really captures the feverish energy here, and they play with an astonishing unity of purpose—if not for the many layers going on, you might be forgiven for mistaking this for a solo work.

Byron’s Trackings I for four metallophones toys with density; clangorous textures elide into skittering runs and back again. Curran’s Bang Zoom for 13 tuned cowbells immediately conjures up Balinese gamelan music, but without the frantic pace and tempo shifts. Winant maintains a steady, resolute tempo here, bringing out the emergent melodic patterns with incredible clarity.
Tenney’s Never Having Written a Note for Percussion is a bit of an anomaly here, consisting of a single tam-tam roll that crescendoes and diminuendos over the course of nine minutes. Again, Winant’s patience and precision gives the piece a magnificent arc, as disparate layers of sound from the tam-tam emerge and recede one by one.

The record concludes with another Lou Harrison piece, Solo to Anthony Cirone for tenor bells. It is understated, tantalizingly brief, and a perfect epigram for the album as a whole. One striking thing about the entire collection is its strong focus on melodic writing (with the exception of the Tenney). Running counter to prevailing stereotypes, it makes a strong case for melody as a central concern of 20th century percussion music, and Winant is an ideal ambassador for this message here.


Scott Worthington’s Even the Light Itself Falls also looks back to the 20th century in a way, recalling the sparse, gentle textures of Morton Feldman’s music. Scored for clarinet, percussion, and double bass, Worthington’s piece unfolds at a remarkably patient pace—the bass does not even enter until several minutes in. The ensemble et cetera (Curt Miller, clarinet; Dustin Donahue, percussion; Worthington, double bass) plays with noteworthy restraint and control here. Miller’s playing is the most immediately ear-catching, with plaintive yet precise variations in vibrato. Nearly an hour and a half long, it is tempting to put this album on as background music, but the rewards for active listening are plentiful as well. 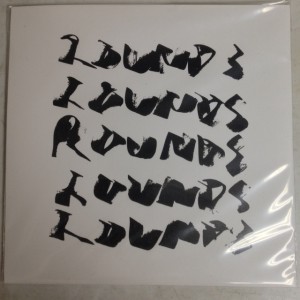 Purchase directly from the wulf. records
There have been countless free concerts of experimental music at the wulf., a local Los Angeles venue. Rounds is the first release on the organization’s recently launched recording label, and it’s a very interesting choice for a first album. As the title implies, each composition is in fact a round, a melody that overlaps with itself. Of course, this immediately conjures up memories of nursery rhymes, but while many of these pieces do trade on a certain childlike simplicity, the composers also find diversity and depth in these limitations. Most tracks are a capella, though occasionally an instrument or two will double a line for extra support. There are bluesy inflections in Daniel Corral’s Your Storm, raucous nonsense syllables in Eric KM Clark’s Rhythmic Round, clever numerology in Jessica Catron’s Four 3 And, ominous chromaticism in Larry Polansky’s Scarlet Tanager, and so on.


The performances feature a beautifully heterogenous mix of trained and untrained voices, giving individual lines a timbral uniqueness that adds both clarity and character. It also connects the experimental tradition to folk music traditions—in particular, it reminds me of the Sacred Harp tradition of choral singing in the American South in its rawness and realness.
NewMusicBox
Written By