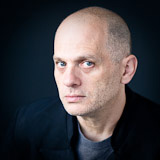 [Ed. Note: On November 15, composer David Lang launched a rather unusual piano competition that was specifically designed to take advantage the broad connectivity the internet offers. Through the services of the publisher who distributes his music, G. Schirmer, Lang made available, without charge, a downloadable score for his solo piano composition wed. Pianists were instructed to learn the piece and post their performances of it to YouTube until December 31, 2011, tagging their videos with the phrase “David Lang Piano Competition 2011,” to ensure their performances could be easily found. In the beginning of the new year, a group of pianists—including Andrew Zolinsky, who recorded the piece on the Cantaloupe CD this was written by hand—will judge all of the submissions and the winner they select will be flown from wherever in the world he or she resides to New York City to perform wed, as well as to premiere (alongside Andrew Zolinsky) a brand new Lang piano 4-hand piece at Le Poisson Rouge on May 6, 2012. (The winner will also be put up for two nights in a hotel and receive a small honorarium.) With only a week left to enter the competition, we thought we’d check in with David Lang to find out how things are going.—FJO/MS]

The competition has been going very well so far. We have had a few hundred pianists from around the world download the music, and we expect that many of them will post videos of them playing it. I have been really grateful that most of the people I have heard from have been amused by it. It is hard to tell in advance sometimes if something new will turn out to be a good idea or a bad one, which might be a good reason to do it by itself.

One little change happened in the middle that I thought was interesting. Since I will bring the winner to New York, I had originally opened the competition only to people in countries from which you could get a visa to come to the United States. After some blog postings and some emails from disappointed Iranian musicians, I decided to open it up to everyone in the world, and we will deal with the visa things when we have to. It was great to be reminded that even simple things we do here may have deeper political meanings, and that music’s goal should be to connect people and not divide them. And it was particularly amazing to discover—duh!—that the internet works, and messages like this one get read and felt all around the world.

When I started working on the CD [this was written by hand] I was thinking about how piano music is different from other music. I love big, lush orchestral pieces, but I don’t have an orchestra in my apartment. I do have a piano, though, and I know I am not alone. And I have to say, I really like the CD and I think Andrew plays beautifully, in a very plainspoken manner. I thought the competition might help people find this CD and like it.

You can look and listen to all of the submissions that have been posted so far at
this page. Here is one of them…