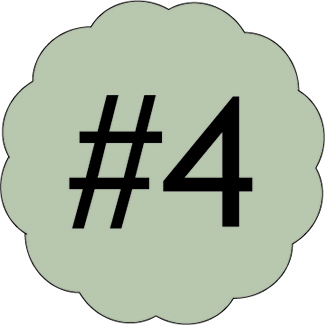 The Number Four in a gray cloud.

This article is about The Number Four—the conclusion to a three-part message.
That’s right—my message had only three parts—Place, The Body, and The Heart.
Music and Place is about place, Music and The Body is about the body, and Music and The Heart is about the heart.  Each article progresses.
These articles are a progression inasmuch as form is visible.
The first article, Music and Place, ended with the line, “…finds form, loses it, finds form, loses it…”  Each article found its form then lost it, found its form, then lost it…  When form is lost, progression is broken.  One can still progress, if the finding and breaking of form becomes the progression.
The three previous articles’ ability to take shape is highly contingent upon how you see clouds.  Do you see black-and-white?  Do you see gray? Do you only see silver lining? Are you color blind like me?

A group of three neatly present a beginning, middle and end.  The first was an introduction, the second had plenty of meat, and the third tried to make sense of it all.

But what do you do with Four?  Two beginnings? Two middles? Two ends?  All we can be sure of is a beginning.
Here in The Number Four, my form is finally lost, not to be re-found.
Nevertheless, I will try.  Here are a few new beginnings:
How do you define locality when you nebulously float from one place to the next?
How do you embody in-the-moment magic?
How does one take form while staying true to the heart?

I think this Number Four is an ending to three beginnings, and three new beginnings to one ending.
The ultimate is always the least formed, the most becoming.
I have poured a great deal of energy into the way I write about music, as I have similarly done for the way I compose and play music itself.  As these writing choices come to focus here at the NewMusicBox, I am discovering that it is not so much a matter of finding (or re-finding) the right note, the right chord, the right word.  Rather, a note, a chord, a word, then another, then another, until you are out of space.
I’m afraid I’m almost out of space.  And i

n the first article I wrote, “I’m afraid it has begun.”

And, I’ll say yet one more thing:  I’ve thoroughly appreciated the opportunity to contribute to NewMusicBox for the month of May.  I hope my words have meant something to my fellow musicians and music appreciators here in the U.S.  I’ve had such a pleasure sharing my thoughts with you, and am thankful for the personal growth this process has afforded me.  Special thanks to the editors, writers, and readers of NMBx that keep this platform dynamic and relevant. 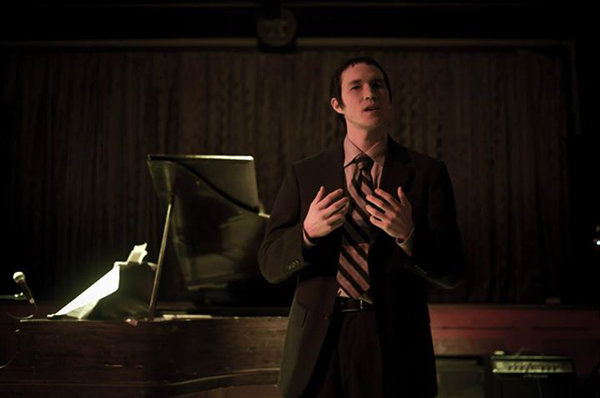 Take a deep breath in.  Breathe out.

I cannot tell you how many times I’ve been given these directions in a musical score.

It’s a reminder.  It’s the composer’s way of saying, “Don’t forget, my friend, you are a body.”

I think embodiment is profoundly important to music.  One of the seminal books to my artistic practice was David Borgo’s writing on embodiment in Sync or Swarm: Improvising Music in a Complex Age.  He speaks of the “embodied mind”—this notion nearly drove me into the field of musicology, and away from the realm of performance.  I was ready to give up embodiment in practice for embodiment through the mind.  A demented notion, I know.

Although I’m sure I would be happy either way, I’m thrilled that instrumental performance is my primary professional activity.
I began serious piano study as a practical necessity—and in a sense, a rite of passage—to becoming a composer.  Most music schools, even if you intended to major in something else, required an entrance audition on an instrument.

In undergrad, I quickly realized that I cared more for doers than for thinkers.  Thought is beautiful and powerful, but only in its implicit relationship to action.  I believed (and still do) that written and spoken thought is only re-actionary, and can never usurp the action to which it refers. To pay tribute to the late, brilliant Colombian writer, Gabriel García Márquez, “Lo único mejor que la música es hablar de música.” (“The only thing better than music is to talk about music.”) I couldn’t disagree more with this sentiment.

These are the terms under which I have become involved in theatrical repertoire on the contemporary music scene.  I have become a self-proclaimed “speaking pianist”—a pianist who, in addition to playing the instrument, recites text and embodies characters at the piano—and have commissioned and performed works for the body and voice, even, at times, entirely away from the piano.

(This is not to say that I am the only “oddball” on this front—and far from the best!—as contemporary music in the U.S. can only be characterized by exceptions to the rule.  Notables in this arena that come to mind are the NYC-based collective ThingNY and Aiyun Huang in Montréal.)

In recital, I find myself wanting to speak off-the-cuff to the audience.  To me, the entire tradition of an untouchable, superhuman performer is antiquated.  As soon as I take that initial bow to that willing, clapping, smiling audience, I think to myself, “I owe at least this to them—to present myself as a person.”

What does this have to do with The Body? The body, and the use of it, in this particular setting, is the only way to dismantle those lofty ideals of immortality created by superhuman virtuosity.  The body is our reminder—to both performer and audience alike—of mortality.

I play arguably the easiest musical instrument upon which to produce complex sound—the piano.  Packed with centuries of innovation, the modern concert grand is the Frankenstein of the concert hall; it is a cumulative technological invention of which to be very proud.  Kudos to those working hard there.

However, this technician’s pride should never override our will to seek out the instrument’s visceral qualities.  The ghost in the machine is not a ghost at all—rather, a living, breathing, speaking, moving person.

Superhuman strength is a man-made creation—a form of machinery.

As a speaking pianist, I have, on several occasions, turned 90 degrees to the right, to face the audience directly.  I am always thrilled by this moment.  The action swiftly effaces my noble pianist profile—the Romantic façade of a hero.  No longer is one staring at another, but rather, we are now looking at one other.  I occasionally see sheepishness in the faces (does that make me a shepherd?), exhibiting an awkwardness you may feel when your eyes accidentally meet those of a stranger you had been watching without their knowledge.

The most fundamental aspect of classical music performance practice is voyeurism.  The audience may stare upon the performer, and the performer must act as if they are unaware, looking either at their instrument, at their sheet music, at the conductor, at other instrumentalists, or the least-but-still-acceptable choice, playing with their eyes closed—essentially, anything but the eyes of the audience. Turning to the audience changes everything—it shifts the experience from voyeuristic to collaborative. And what a glorious shift that is. 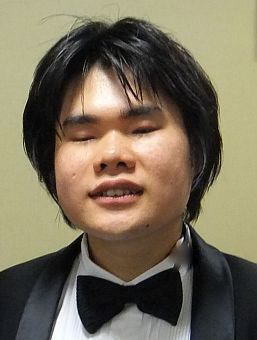 Let me shift your attention to Nobuyuki Tsuji, the 2009 Gold Medalist of the Van Cliburn International Piano Competition.  A blind musician, Tsujii often “looks” directly to the audience, as if reaching out in a deeply vulnerable way.  The theatrical effect is quite tangible in his performance of Chopin’s Berceuse.

An audience can be nothing but voyeuristic when watching Tsujii perform.  His condition awarded him the ability to look wherever he pleases without reprimand.
For me, I go to live concerts to directly interact.  If I feel like not interacting with other bodies, I’ll stay at home and listen to a recording.  (Of course, there’s nothing wrong with that either.)  The use of the body in a concert setting offers an accessible and dynamic alternative to the long-standing performer-as-deity ideal.  I’m not interested in watching a superhuman compete in a human challenge.  No one likes a rigged game.

The most outstanding theatrical performances are those that embody, not those that transcend.  In theatre, super-human actors are useless.  What makes them any more valuable in music?  The purest musical virtuosity convinces us that even the most physically transcendent feats are commonplace and human.  The etymology of “virtuoso” suggests excellence and mastery, not deification.  Descriptors like “god-like” and “superhuman” are hyperbolic.

The in-the-moment magic is what I crave as a spectator, not the aforementioned descriptors.  As performers, we should do our best to preserve that aspect, and to preserve it virtuosically.   The Body—and with it, the visual, the theatrical, and the voice—is essential to my artistic practice as a musician.  The Body is all we’ve got and embodiment is all we can do, and no composition or performance in the world can transcend this.

Join me next week as I write to you a third time, using body parts to discuss body parts: Music and The Heart.