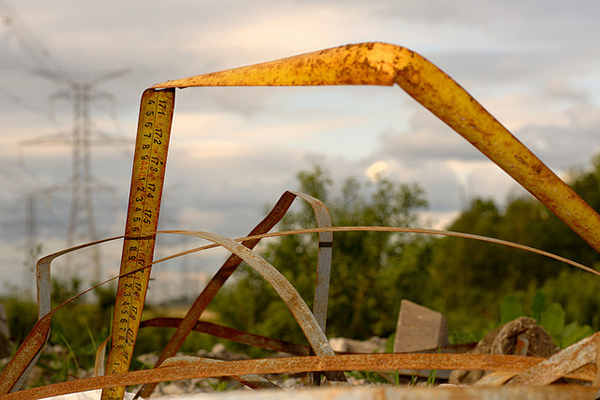 Diane Ragsdale’s newest Jumper post responds to a discussion about the values and motivations of arts organizations that includes Doug Borwick of Engaging Matters and Lyz Crane of ArtPlace America:

Doug Borwick has a new post (inspired by comments made by Lyz Crane at the Creative Placemaking Summit) on the “central disconnect” between arts organizations and community engagement. The cornerstones of his argument appear to be that the “art world” exists to do what it wants to do (in contrast to most of the social sectors that exist to solve a problem or need); that arts organizations, therefore, depend upon true believers that are willing to support them in their self-interested pursuits; that community engagement requires seeing art (not as an end in-and-of itself but) as a tool for social change; and thus, ipso facto, given their we-want-to-do-what-we-want-to-do orientation there is little possibility for arts organizations to extend their reach and work to advance their communities.
I’m a fan of Doug’s writing on Engaging Matters, generally, but I’m not sure I buy the argument in this instance.

I am too, and I don’t either. A simple but flawed way to look at this problem is through what Ragsdale rightly identifies as a false dichotomy: serve the art or serve the community. Crane and Borwick rightly identify an external perception problem: it can seem to people that arts organizations do something more inward looking and speculative than useful.

However, it’s important not to over-read that possible perception problem as reflecting some deeper truth about the field.
It might seem to some that serving art is in conflict with serving the community. And certainly it’s possible to imagine making mistakes while prioritizing the one over the other. But underneath that observation there’s no deeper pattern about the nature of arts organizations. Valuing art at the expense of community is a serious error, but that’s all. It’s not the tip of the iceberg, it’s a tiny iceberg.

But why is it a false dichotomy? When you look at how you’re using the terms “art” and “community” in this context, you pretty quickly run into some suspect thinking.

Let’s take a closer look at what sort of an image we conjure up when we think of organizations that make these two mistakes, to see what they can tell us about what we mean by those terms:

Too focused on “what the organization wants to do”

Let’s imagine an archetypal arts organization that is serving the “art,” or “doing what it wants to do” instead of serving the community, and has got itself into trouble. The organization has been around for about 30 years, was moderately prominent in the community in the ‘90s, took a beating in the culture wars, and hasn’t won back its pride of place. It probably has the same white male executive/artistic director that it’s had for decades, and relies on a dedicated but dwindling group of funders, subscribers, etc. to keep the place running. There are educational programs, but they’re staffed with entry-level “half-time” workers who have too much on their plate and too few resources to do good work. Every now and then someone says something about “community engagement” or “digital initiatives,” and maybe they try some stuff sometimes, but it’s always peripheral and the leadership’s heart is clearly not in it. The quality of the art presented has started to suffer, in part because there’s less money, and in part because there’s just less energy about the place.
This is a pretty drastic story, but it’s not an unfamiliar one. You can probably find a piece of this hypothetical in the actual experiences of a lot of organizations, and saying that they’re valuing art over the community, or doing “what they want to do” instead of something more useful isn’t entirely unfair.
But the issues in an organization like this go way deeper than a focus on art vs. a focus on community.

Too focused on “serving the community”

This story is perhaps less archetypical, but we can imagine an organization with both presenting and educational arms–for instance a concert series and a community music school. The series may have been what started the organization back in the 1970s. Local corporations helped underwrite bringing major touring artists to town. As the world changed and the leadership changed, the organization created a community music school. After all, the staff could easily handle both, and the network of freelance musicians they had built for performance could also teach and earn extra money.

As mission creep starts to set in, the series brings in fewer and fewer touring artists, and the audiences start to be made up of families with students in the music school. The programming shifts to performances by teachers and star pupils. The mission statement says something about “world class artists,” but they aren’t coming any more.

It’s pretty easy to see this story as a “mistake” in terms of the original mission of the organization, but in broader terms…. it’s hard to make that argument. There still is in some way an “overemphasis,” and the students in the school won’t get to hear as many top-level performances or attend those masterclasses, but it’s hard to complain about a thriving music school.

Similarly, this story and others we could imagine that embody the same error, seem to represent fewer organizations than the first hypothetical (based on a study by…I’m totally making this part up; feel free to disagree with me).
This is perhaps part of why it’s easier to focus on the other mistake.

*
Certainly these are two dangers faced by many arts organizations, and they’re worth considering when making long term plans. But these two are clearly not the opposite ends of a spectrum that can explain big trends in our field. The organizations in these hypotheticals could only ever be stand-ins for a tiny fraction of arts organizations. For a lot of organizations, this is simply the wrong framework.

First, not all communities are towns. And so the elision of “community service” with education, outreach, and public art can be very, very misleading. New Music USA, for instance, serves a nationwide community of artists. Our community is spread out around the country and is made up of all sorts of people who make, listen to, and produce music. And since our community has far more artists in it per capita than any municipality, what service to that community means is nothing like what it means for most organizations. For us, serving “the community” and serving “the art” are completely identical.

If you’re a presenting organization with a venue, your ticket buyers are local (and therefore your community is in one place), but if you’re almost anything else, from a school to a touring ensemble to an advocacy organization, your physical location isn’t the determining factor in how your community is structured, or in what it means to be of service. In those cases, the dichotomy breaks down entirely, and we can see how a restricted definition of “community” can get you into trouble.

Second, notions of “serving your community” can be too focused on too small a set of community benefits. Direct economic impact is easy(ish) to measure, and it’s easy to use to lobby government and others for support for the arts. But the tricky part of advocating for the arts is that the really important parts are harder to put numbers on. This shouldn’t be surprising; the awesomest parts of art itself are the parts that are hardest to quantify.
If you stick to just the benefits that are easy to measure, you’re going to wind up supporting only the artistic activity that produces that limited set of benefits. And you’re going to miss out on the benefits of other kinds of art.
There are indirect economic impacts that are nigh impossible to measure properly, from the increased prestige of a city or town to incremental increases in rental prices and home values that are indistinguishable from the background noise of the market.
There are new connections made among talented and dedicated people as part of any artistic endeavor, and even counting those connections and attributing them properly is a challenge, much less measuring their value.
And of course there are the direct benefits of amazing art to everyone who experiences it. It’s hard to quantify, and research into the “transformative arts experience”–though definitely a step forward–is also (and totally understandably) trapped by its own research questions. The “art that changed your life” is worth researching, but there’s a long tail of artistic experiences far fatter than the long tail of e-commerce.

Because these things are hard to measure, they’re hard to support, hard to promote, and hard to do. It’s what makes art an interesting career. But that difficulty in measuring also makes it hard to include these benefits in a definition of service to a community. With restricted notions of what can count as engaging a community, you wind up with restricted notions of what art is good for, and listening to a concert can become something exclusive and elite instead of the core benefit an arts organization provides to a community.