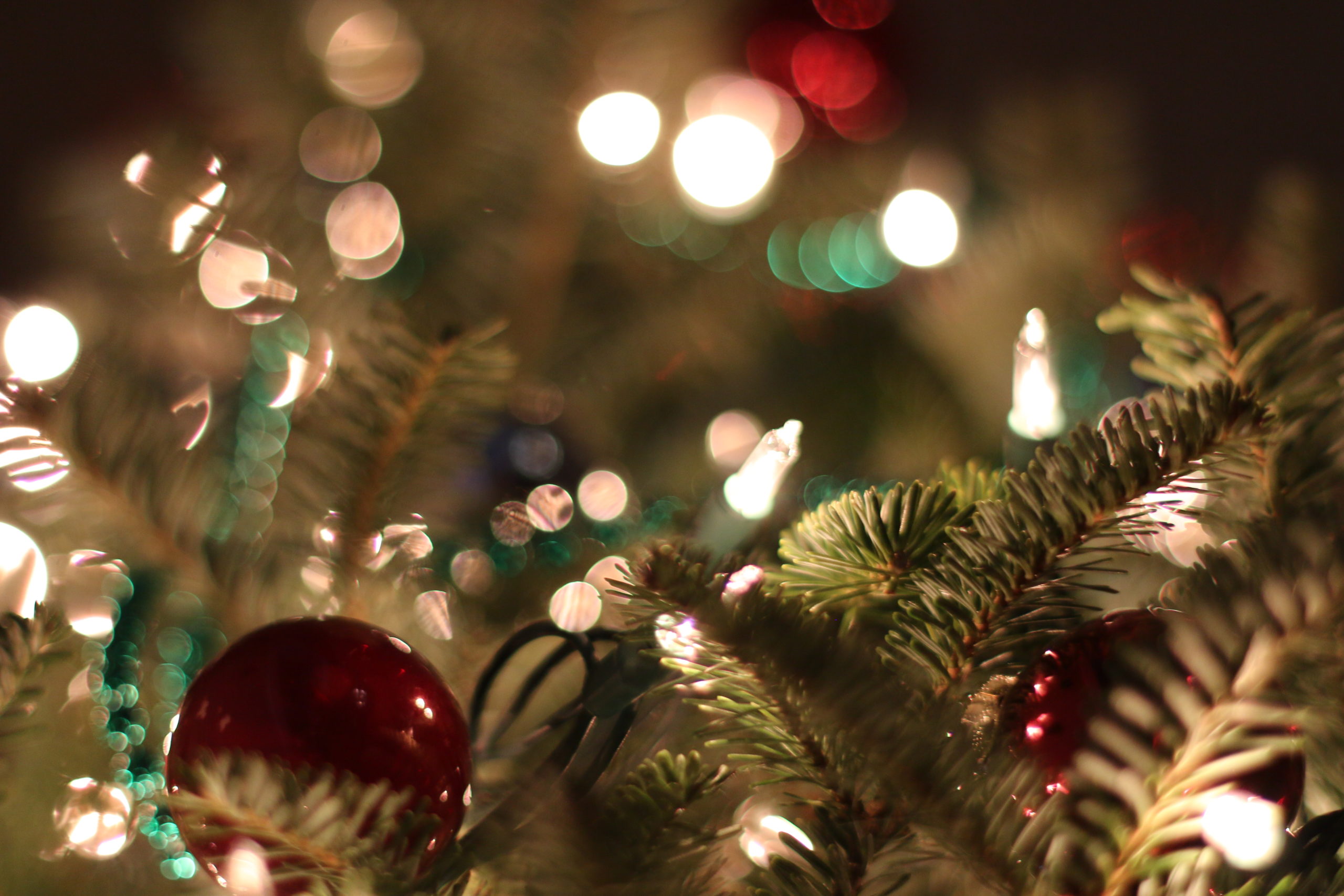 Before we close the file on 2014, New Music USA staff members have chosen some of their favorite tracks from the past twelve months for this edition of the NewMusicBox Mix. Below you will find each track streamed separately with a bit of commentary on what made it stand out, as well as a continuous playlist of all of the tracks at the bottom of the post. Follow the links for further listening and to add the albums to your own collection.
These artists have very generously allowed the use of their tracks in this project, and we encourage you to support them by purchasing their albums and letting them know if you enjoy what you hear!
Happy holidays to all! 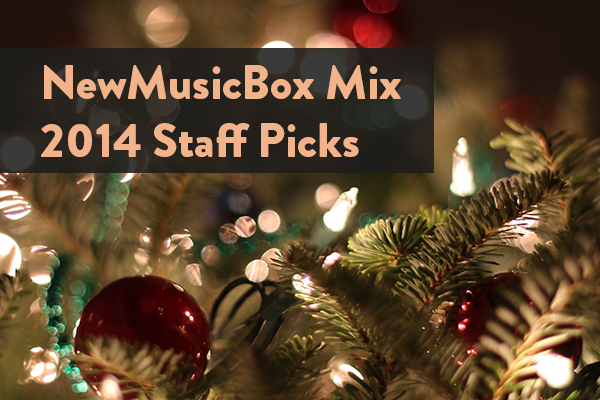 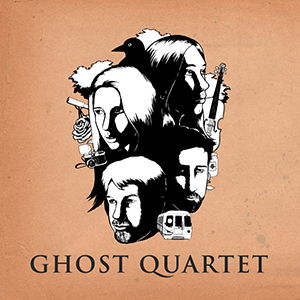 ALBUM: Ghost Quartet
Blue Wizard Music
Purchase via Bandcamp
I love Dave Malloy’s shows more than is, strictly speaking, reasonable. It seems as if he throws himself into his sources with enough force that he breaks through the other side with everything he needs for a show in pieces on the ground around him. In the case of Ghost Quartet, Malloy’s brain seems to have gone down the rabbit hole of the murder ballad “The Twa Sisters,” which goes back at least to the 1650s. On his way back, Malloy brings you through Iran, a modern subway platform, a series of distilleries, and a very strange shop somewhere in, I think, the Pacific Northwest. It’s not that important. It’s just an awesome album and an awesome song. 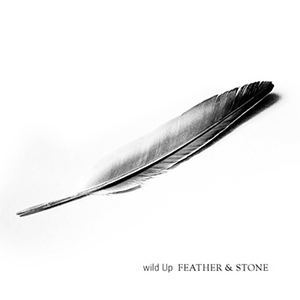 Chris Kallmyer: this nest, swift passerine
Performed by wild Up

ALBUM: FEATHER & STONE
Populist Records
Purchase via Populist Records
Purchase via Bandcamp
I love that the recordings on this disc are live, not assembled with precision and science in the laboratory of a recording studio. And I love that they reflect a new music scene in LA that’s likewise exploding with life. The musicians’ human energy, digitized though it is, leaps through the speakers at you, even in the quietest, most curiously affecting track of the bunch: this nest, swift passerine by Chris Kallmyer. 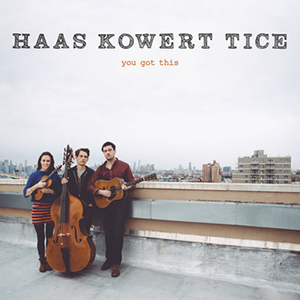 ALBUM: You Got This
Purchase via Bandcamp
Brittany Haas (Crooked Still, Dan Trueman), Paul Kowert (Punch Brothers), and Jordan Tice (Tony Trischka) are three friends who also happen to be top talents in bluegrass music and beyond. There are so many interesting tracks to choose from on this album—their first of what I hope will be many—but my favorite track is “The Decade.” It’s a short and incisive cut featuring Haas’s extraordinary fiddle playing and excellent ensemble work by Kowert and Tice. It’s complex, yet visceral and immediate, which is what drew me to this style of music in the first place. I hope it draws you in too!

With characteristic wit—musical as well as lyrical—Gabriel Kahane takes the listener on a tour of some of Los Angeles’s landmark addresses and the complex history on which they stand. The subject matter gives him plenty to meditate on—from the architects who designed the city to the slumlords who run it. In “Villains (4616 Dundee Dr.),” he plays a sharp verbal game that seamlessly mixes commentary on clerestory windows and cantilevered beach houses with a consideration of Bruce Willis’s hair line and the modernist leanings of Hollywood’s bad guys. 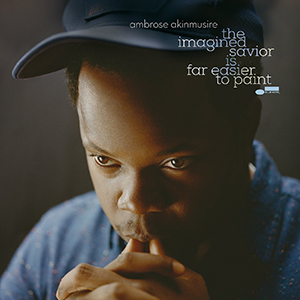 I’ve been a fan of Ambrose Akinmusire’s music for a number of years now, having first heard him at The Jazz Gallery when I worked there. His second release on Blue Note, the imagined savior is far easier to paint, which came out in the spring of 2014, displays his maturation as an artist—the essence of his music, the uniqueness of his voice as a composer and trumpeter, was present from a very early age, but it has amplified as he’s grown and on this CD it’s also amplified by the presence of the exceptional musicians he collaborates with. It’s deeply personal and unmistakably his—honest, probing, emotional, thoughtful, communicative, uncompromising. At the same time, it resonates with our common humanity, and challenges us to feel, think, and act. I chose these tracks, Ceaseless Inexhaustible Child and Rollcall for Those Absent for their artistry and their timeliness. 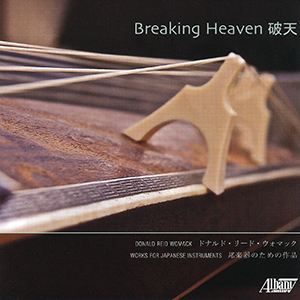 While blurring and blending a wide range of traditions has been a defining trait of 21st-century American music-making, some of the recent music coming out of Hawaii—situated in Oceania halfway between Asia and the Americas—is a direct response to its multicultural history. For the past decade, Hawaii-based Donald Reid Womack has been creating a fascinating body of chamber music utilizing both Western and Asian instruments and has claimed that through writing such music he has finally found his identity as an “American” composer. Breaking Heaven, Womack’s trio for cello, shakuhachi, and 21-string koto, is a great starting point for listeners eager to hear the exciting sonic result of this synthesis. 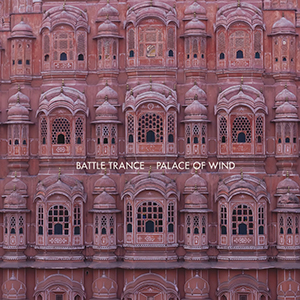 This track from Palace of Wind, the first album-length work from tenor sax quartet Battle Trance, showcases the collaborative and sonic possibilities of the instrument in a whole new light. Intricate fast lines interact seamlessly with more meditative sections, anchored by multiphonics and circular breathing, creating a hypnotic flow of sound that is like nothing else I’ve heard this year. 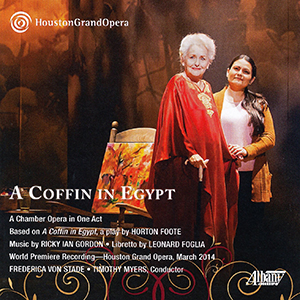 A small gem of an opera that embraces intimacy and takes the listener (in the case of this recording) on a cinematic journey through one woman’s tragic life and indomitable spirit. 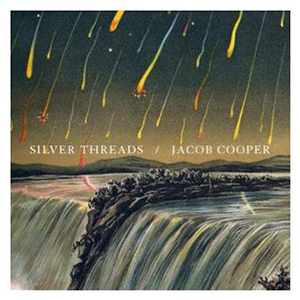 As the title track of this stunning minimalist song cycle, Silver Threads is Jacob Cooper’s quiet and contemplative interpretation of modern-day lied. An album I often revisit, I’ve had the pleasure of hearing portions of the entire cycle performed live; the immersive experience his work elicits both in person and in recording never disappoints. 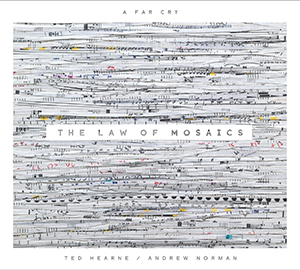 Ted Hearne: Law of Mosaics: Excerpts from the Middle of Something
Performed by A Far Cry

A Far Cry’s The Law of Mosaics pairs Andrew Norman’s Companion Guide to Rome with Ted Hearne’s The Law of Mosaics. The release cements the string orchestra as a force to be reckoned with, presenting the unique voices of both Brooklyn exports and allowing them to shine on one of the best releases of 2014.