I’ve composed works using electroacoustic technologies since 1963, and I want to share with you over the next several weeks some of my thoughts about the current state of the medium. Since I am trained as a Western classical composer, my comments will be from that perspective.

The first subject about which I’d like to share my thoughts with you is the issue of structure in current electroacoustic music.  I serve on the board of The Association for the Promotion of New Music (APNM). We at APNM will soon be issuing a call for composers to submit their work for an electroacoustic concert in Spring 2017.  We intend to award the performances to electroacoustic compositions of structural clarity and elegance.

Many current electroacoustic works are weakened by not having clear structure.

If what I am describing is true, then why is this happening, and why now?  In the following I’ll consider a number of possible reasons.  I’ll start with some thoughts about what might be the smallest structural unit in music, and I will focus most of this discussion on structural issues involving timbre.

Microstructure: the changing of small patterns in short periods of time

Music is a time-based art form. However long a piece of music lasts, the listener’s interest must be engaged, second by second, moment to moment, led on in time. If this teasing of the listener’s ear does not happen, the immediate result could be assumed to be boredom and disinterest. How do we as composers—of either acoustic or electroacoustic music—create this teasing, this interest, moment to moment?

I believe it’s through a certain degree of change, in a limited number of sonic parameters, at one time.  For example, if pitch is the parameter being changed at that moment to tantalize the listener, then some or all other parameters of sound are held relatively constant, such as tempo, duration, timbre, or volume.

The listener’s interest must be engaged, led on in time. If this teasing does not happen, the immediate result could be assumed to be boredom and disinterest.

The lack of change in the held parameters frames and intensifies awareness of the change which is taking place in the chosen parameter.  The degree of change, the choice of which parameters are changed, and the choice of which parameters are held relatively constant will become important identifying characteristics of a particular piece of music. The audible distinction between changing and non-changing parameters of sound could be considered the baseline of musical structure, the momentary movement from one musical event to another.

The role of inadequate timbral differentiation in weakening microstructure

In contrast, the electroacoustic composer using current digital technology generally has to create his or her own timbres. At present there are a number of ways of doing this, ranging from commercially available off-the-shelf electronic timbres, to recorded sound samples of musical instruments or sounds from daily life, to sounds generated through the use of software synthesis programs such as Csound and Cmix. Thus any composer using digital technology has quick and easy access to sound samples of all sorts, easy access to fairly crude built-in modes of timbrally modifying those samples, and easy access to crude amounts of reverberation in which to drench the sound samples. Without careful consideration and restraint, by using these current digital technologies the composer can easily fall into the error of constructing sounds whose timbral spectrum will conflict with others, resulting in the masking and muddying of whatever microstructural change might take place in the music at that moment.

Through such blurring of timbral contrast, the otherwise forward movement of microstructural change can be reduced to sameness, to non-change, to some degree of boredom.

Is this any different, you might ask, than in pre-digital analog technologies?  I would say it’s quite different.  When I listen to current electroacoustic works, I often hear the blurring and muddying of timbres, significantly more than in pieces made with pre-digital analog technologies.  I think the main reason for this is speed: current digital technology supplies the composer with very fast access to ready-made or minimally developed timbral solutions.  If the composer does not have rigorous discipline and cannot resist caving in to this fast but undistinguished solution, the result is a set of timbres that are almost identical to those in many other composers’ pieces, timbres that are relatively undeveloped in formant structure, that perhaps contain unfiltered white noise, are indistinct and can readily mask others, and that are experienced to some extent as boring.

In contrast, with the use of pre-digital analog technology much more attention, consideration, effort and time was required of the composer to create almost any timbre at all.  The analog process of creating a timbre could involve something like setting three or four sinewave oscillators to create a cluster of throbbing interference patterns, or choosing a sound sample from a tape recording of an animal sound and, say, recording it backwards while running it through a filter. The only sound source in the analog studio that was as fast to access as sound sources are in the digital studio was the analog synthesizer, which could immediately generate extremely simple timbres, identical to those of any other composer using such a synthesizer. 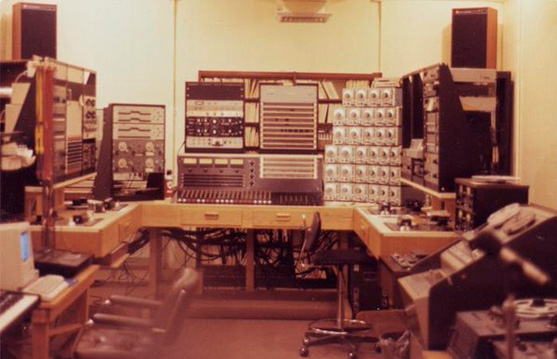 The diminishment of macrostructure through timbral blurring and overuse of reverberation

Timbral blurring can thus result in the perpetuation of sameness by weakening the microstructural movement from one moment to the next. If timbral blurring is perpetuated throughout a piece of music, it can reduce the pattern of the structure of an entire piece into simply a beginning, an enduring in the same way for a period of time, and then an ending.

Another issue that I hear in current electroacoustic music that weakens timbral contrast and can easily diminish the perception of sectionality over an entire piece is the overuse of reverberation.   In some current works the composer seems to have run the entirety of their piece through the same degree of reverberation, thereby blurring whatever timbral range and locational contrast might have otherwise existed.  The wholesale immersion of all music material into reverberation moves it perceptually away from the listener and into the middle or far distance by reducing high frequencies and reducing volume. As with the blurring of a particular timbre, the result of excessive reverberation is an increase in blandness and sameness, a lack of contrast—in addition the lack of “presence” or closeness of the sound to the listener.

Why do some composers not realize the weakening effect of immersing their musical material in lots of reverberation, with the resulting loss of high frequencies and presence? I suspect it may have something to do with never hearing their compositions in public concert at the proper volume in an acoustically optimal space.

2. The Importance of Public Presentation of Electroacoustic Music

I’m more and more convinced of the importance of public concert playback of electroacoustic music, in contrast to listening on loudspeakers or computer speakers, or—worse—on earbuds or a smart phone.

I’m more and more convinced of the importance of such public concert playback of electroacoustic music, in contrast to solitary listening on one’s home loudspeakers or on one’s computer speakers, or—worse—on earbuds or on a smart phone, or even on high-quality headphones. A recent performance of my piece The River of Memory for trombone and fixed audio media at Opera America’s fine recital hall made it stunningly clear to me that electroacoustic music, just like acoustic music, sounds most exciting when shared in public—in live concert and in an excellent acoustical space.  The acoustic spaces that are superb for the shared experience of a public concert of electroacoustic music sound even more exciting when there is a live instrument also playing.  The quality and quantity and placement of the loudspeakers of course are the other major factors for top-level electroacoustic music playback in an acoustically appropriate hall.

The public concert playback of electroacoustic works originally written for dance or theater, but presented only as audio playback, present other issues related to structure.  On June 14 at 12:30 p.m. my composition The Mud Oratorio will be presented in concert playback by The New York City Electroacoustic Music Festival (NYCEMF) at the Abrons Art Center in Manhattan. This 51-minute-long computer piece for dance-theater, for which I wrote both music and libretto, was commissioned by Dance Alloy of Pittsburgh and Frostburg State University in Maryland.  I created the work around two Nature Conservancy swamps in Frostburg, Maryland, whose flora and fauna survived the ice age. My voice narrates, with bird and animal imitations by a local biologist, and sounds constructed by digital sampling and software synthesis.

This will be, of course, a concert presentation, with no staging.  The work is in four sections: “Spring,” “Summer,” “Fall,” and “Winter.”  The four sections of the music are indeed very different from each other, differentiated by tempo, timbres, and the like, and will sound well if the venue is acoustically intimate and the loudspeakers of high quality. But the musical structure of this piece was created around the verbal structure of the libretto and the visual structure of the dancers onstage.  This is a concert performance, so to substitute for the visual macrostructure of this large work, I intend to have the libretto projected upon a screen.

I hope to share some more thoughts about electroacoustic music with you soon. 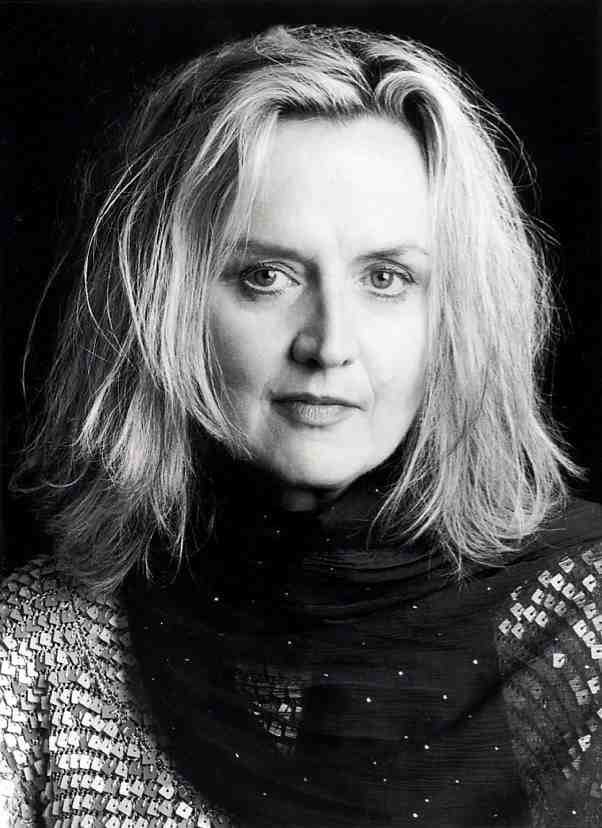 Alice Shields is considered one of the pioneers of electroacoustic music. Her works include some of the first electronic operas, as well as vocal, chamber, and electronic music influenced by world music, dance, and theater. She received a doctorate in composition from Columbia University and has been associate director of the Columbia-Princeton Electronic Music Center and director of development of the Columbia University Computer Music Center. Recent performances include the world premiere of Quartet for Piano and Percussion by Iktus Percussion on June 4, 2016; The Mud Oratorio by the New York City Festival of Electroacoustic Music on June 14, 2016, and The River of Memory for trombone and computer music by the Association for the Promotion of New Music on May 18 2016. For more information please visit www.aliceshields.com and https://soundcloud.com/user-aliceshieldscomposer.