Speak Now: D.C. Dispatch—Arts in the Time of Trump

While “federal government” is abstract in many parts of the country, here in D.C. it is very real. It is people and lives, flesh and blood. We know people working for the NIH, the NEA, NEH, the Smithsonian, and other government departments. And we certainly know many people in the arts, including many military musicians.

Almost four years ago my family moved to Washington, D.C. This city is everything you think it is, and yet it’s not. Like any big metro area, Washington is made up of multiple layers and identities, with government being only one dimension. Yes, we are interrupted by motorcades—a lot of them—and we do see many political players. We have monuments and large legal and lobbying firm HQs. But Washington is far more than Capitol Hill. It’s an actual city with native Washingtonians, hipsters in Adams Morgan, a complex international diplomatic and NGO community, tech companies, universities, a heavy military and intelligence population (not to mention… spies!), corporate headquarters, important non-profits, and—of course—a thriving and growing arts community. In so many ways, from restaurants to music, D.C. is no longer just a tourist stopover on Amtrak. It is a unique and complex mix of its varied community elements; it is a destination. We are also unique in that our political voice does not count in the national conversation. More on that later.

The military employs some of the best instrumentalists, singers, and arrangers in the country.

One of the many fascinating intersections between D.C. communities involves the military’s music population. If you aren’t aware, the military employs some of the best instrumentalists, singers, and arrangers in the country. Certainly it helps to have the National Symphony and Opera here, but a lot of musical activity is scaffolded by the military, creating a first-rate, thriving, local group of musicians. They make up a sizable percentage of the many flourishing mid-budget ensembles and organizations. It probably isn’t well known that these military ensembles premiere new work, play contemporary music, and work with local presenters (e.g. last year’s collaboration between Washington Performing Arts and the U.S. Air Force Band to perform John Luther Adams’s SILA).

It is a bit surreal to live in Washington, D.C. now, not just during the changeover of administrations but during a transition that is so “unprecedented.” Friends tell us of their past experiences with changes in administration—the changing of the political guard, real estate swaps, questions of budgetary impact, and so on. But this administration has everyone stumped and guessing. Among the many pressing issues is: what might happen to the arts in the Age of Trump?

There is unease and uncertainty in the air here. While “federal government” is abstract in many parts of the country, here it is very real. It is people and lives, flesh and blood. We know people who had to take out loans to pay their mortgage when the government shut down in 2013. We know people working for the NIH, the NEA, NEH, the Smithsonian, and other government departments, like Defense, State, Justice, or the Consumer Protection Finance Bureau. And we certainly know many people in the arts, including many of those military musicians.

The last two decades have seen immense growth in population, culture, and gentrification in the DMV (DC-Maryland-Virginia area). A more broad-based economy that is very “local” has developed. Still, our ecosystem is dependent in profound “trickledown ways” on the federal government. Cutting “waste, fraud, and abuse” translates into actually cutting or doing away with agencies, departments, and programs. And, if these are all cut… people are let go. This effects not only those individuals, but local businesses large and small, the tax base, and then artistic activities and support. Many of the programs currently being floated for cuts or elimination are crucial to citizens across our country, but they are also critical locally. This is a cost that is neither talked about nor tallied up, when the usual arguments about cutting government spending are offered. The potential for a negative “knock-on effect” is huge.

One thing that has not grown over many decades is the power of our political voice.  As we focus on the possible impacts of these budget cuts we are cognizant there is little we can actually do to stop them. Over six hundred thousand people currently live in this federal District of Columbia but not one of us have congressional voting rights. We are a district, not a state, and therefore are governed by Congress, which still denies D.C. fully-fledged voting members in the House or the Senate, or the Electoral College. No vote, no voice. Even with the rights to vote in popular presidential elections (1961) and for our own mayor and city council (1973), Congress still has ultimate authority over the District and can overturn any mayoral or council decisions. This is why our license plates say “Taxation Without Representation.” If cuts are coming our way there is not much we can do but protest.

During our current tumultuous times, D.C. has seen its share of public protest and demonstration. Certainly the recent Arts Advocacy Days were a very public example of the wide and deep support the arts have, as many took to Capitol Hill to meet and advocate. And it has been interesting to witness the “rallying to the flag” response the mere mention of the NEA has been eliciting of late—spontaneous, big, loud, sustained, and heartfelt ovations; always on cue in public events these days. But much of the real action—organizing and working—is behind the scenes and behind closed doors. 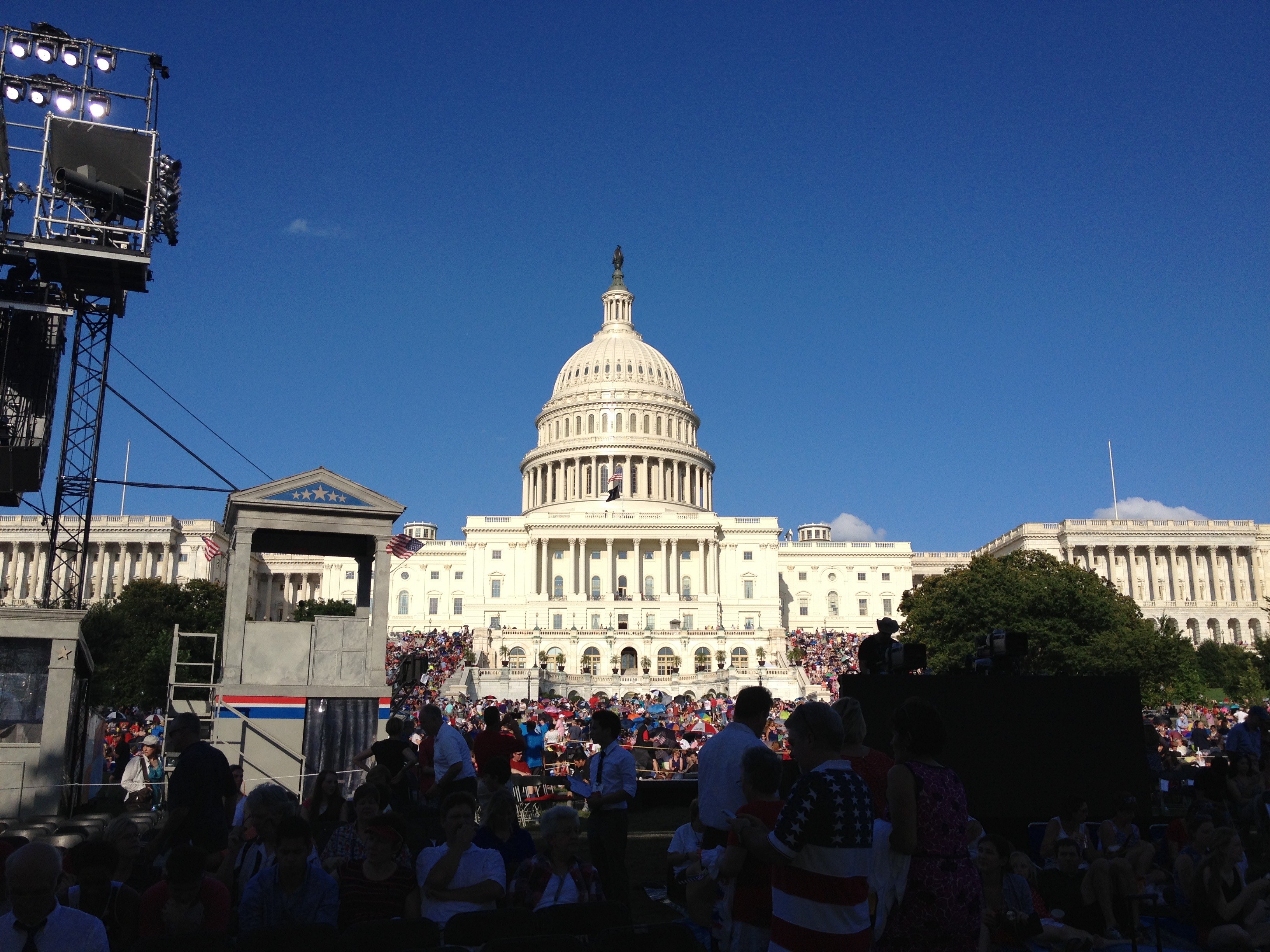 The election has been a moment of clarifying purpose and mission for many. Some non-profits (both arts-focused and not) have reported a surge in support and donations, and they are reaching out and coordinating with each other like never before. By coincidence, the Shift Festival of American Orchestras, the first-ever collaboration between the Kennedy Center and Washington Performing Arts, was launched at this most opportune time here in D.C. Suddenly, the city saw invasions from Colorado, Georgia, North Carolina, and New York, complete with their local orchestra boards and supporters, media, local delegations and representatives—and a lot of local pride. One of the main takeaways from the festival was a clear reminder that excellent music making occurs across the country with strong local support. Washington is the obvious choice to showcase such a platform. It ends up that music, like politics, is local.

Art and its institutions are among the few avenues left for meeting and setting aside differences.

It’s also important to understand that many right now are not overtly protesting proposed arts funding changes, but they are paying attention. In some cases more progress can be made through quiet, diplomatic backchannels, assuming they still exist. Not too long ago even major players from the various political factions still frequented the same social events, coached each other’s kids on sports teams, carpooled at the same schools, and generally mingled. Sadly, this is not that case anymore. Many locals attribute this decline to the trend of representatives refusing to move their families to D.C., treating their time here as a stay at a hotel, not a home. Bridges are also being deliberately dismantled between the sides. This leads to even more polarization. Art and its institutions are among the few avenues left for meeting and setting aside differences, even if only for a few hours. Many boards still have members from both sides of the aisle. We don’t want to lose that. Please don’t confuse a lack of visible signs, including protest, for lack of motion and effort.

It is ironic that we Washingtonians have ringside seats at this epic battle, but we have no real voice ourselves. We live here, pay taxes, fight in our nation’s wars, but do so without true national representation. You can call your full-voting representatives, but we in the District cannot. At least we can show up, demonstratively and loudly, in the arts. 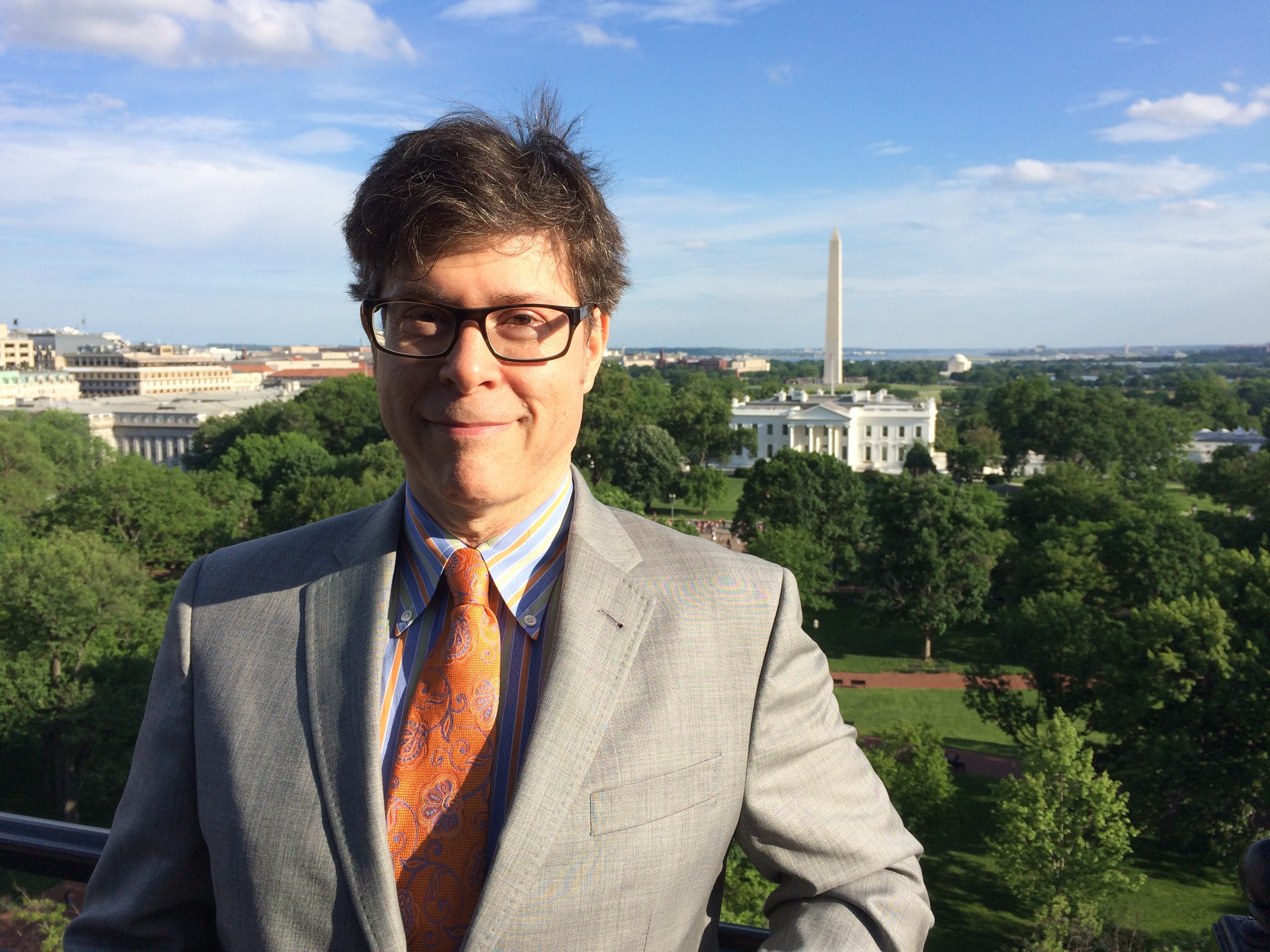 Joel Friedman is a composer of concert, theater, dance, and film music who is now based in Washington D.C. He is a speaker/host/writer on various musical topics and teaches composition at Catholic University. Upcoming commissions include a double concerto for violin and viola and chamber orchestra (for Ariel Horowitz, Lauren Siess, and Barbara Day Turner of the San José Chamber Orchestra), a vocal work based on the writings of Hildegard of Bingen for the vocal trio ModernMedieval, and the score to Evolve Puppets NYC’s new show Home.