Sounds Heard: The Things We Did [This] Summer

My vote for song of the summer (at least for this morning) comes courtesy of Boston-based pop omnivores Pulitzer Prize Fighter and their first single since their late-2012 EP, All Sweetness and Light. “Movies” ticks off all the boxes for a good summer song: a relentless hook, genial amounts of volume, sing-along lyrics proclaiming the merits of shrugging off thoughts of mortality by just doing stuff, a low-key, meandering haze of disposable leisure. Not least, it packages up some nice musical nostalgia, be it a sunny ’70s squall of parallel-harmony guitars, a cool, noir-ish pour of muted trumpet, or the comforting psychedelic worry of a fully diminished seventh chord. (Listen carefully, at the dominant pause just before the end of the bridge, and you can hear a lovely, chromatically descending keyboard decoration buried in the mix like some unexploded ordnance from the British Invasion.)


Summer music, for me anyway, tends to rise and fall on its leveraging of nostalgia, even more so now that actual summer vacation time is an increasingly distant memory. I’m already nostalgic for the beginning of this summer, when a lazy, sun-dappled respite was still a naïve possibility rather than an unattainable grail. In that spirit, here’s a handful of more recent local releases of varying retro commitment and/or critique. 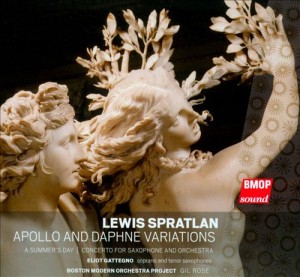 Spratlan’s musical version of A Summer’s Day (2008), commissioned and premiered by BMOP, has the instant nostalgia of a strongly evoked, specific time and place. His “Pre-Dawn Nightmare” includes fragments of the theme song to The Sopranos; “At the Computer” evokes the sounds of an already-obsolete desktop machine. And the connective tissue of the piece, the folk-like tune presented at the outset (“Hymn to the Summer Solstice”), is a memory of summer romanticized into an abstraction. But the tune is repeatedly interrupted and contradicted; and Spratlan is more interested in reversing the usual polarity of such tone poems, taking trompe-l’oeil musical literalisms (and some flat-out literalisms, as with the rhythmically dribbled ball in “Pick-up Basketball Game at the Park”) and working them into a fluid, chromatic musical texture until they turn back into pure sound. (BMOP’s stylistic facility is a boon here, shifting effortlessly between limpid lushness and a more incisive, new music briskness.)
The Concerto for Saxophones and Orchestra (well-assayed, on both soprano and tenor instruments, by saxophonist Eliot Gattegno) and the Apollo and Daphne Variations do something similar with nostalgic styles, the inevitable jazz references in the former, a deliberately Schumann-esque Romanticism in the latter. Three very different pieces, but all engaged in a rich dance between the memory of something, the actuality of the thing being remembered, and the persistent present that the memory can’t quite mask.
Mehmet Ali Sanlıkol: Whatsnext
(Dünya)
Buy now:
Download from Bandcamp

To be sure, only a couple of tracks on Mehmet Ali Sanlıkol’s big-band album, released this spring, directly traffic in nostalgia, and the nostalgia is pretty specific: “Kozan March” convincingly reimagines a Cypriot folk song as a Neal-Hefti-ish workout; “Gone Crazy: a Noir Fantasy” tosses out handfuls of noir signifiers, with some sirens and police whistles to boot. But much of the fizz of the album—which alternates between a 17-piece traditional band and a 13-piece ensemble that includes traditional Turkish instruments—is Sanlıkol’s use of various vintage sounds, from an eerily formal harpsichord on “Better Stay Home” to the pastoral warblings of a Turkish ney on “The Blue Soul of Turkoromero” to a pellucidly primeval analog synth lead on “N.O.H.A.”
And, anyway, Whatsnext is just superb summer music. Sanlıkol—Turkish-born, Berklee- and NEC-educated—slips Turkish sounds and ideas into a polished, modern big-band idiom with wrinkle-free ease. Relaxed and cool, it turns out, is a universal, cross-cultural virtue.
Neil Cicierega: Mouth Silence
Buy now:
Download available from the artist for a donation.
A good mash-up is a double-shot of impressive cleverness, making two disparate pieces of music play nice with one other. A great mash-up uses that superimposition to tap into some deep commonality across the genre spectrum. Somerville-based Neil Cicierega, though, has devoted 2014 to a style of mash-up even more outlandishly transcendent, as if tapping into a conspiracy theory explaining some alternate history of pop culture.

Like this spring’s Mouth Sounds,  Mouth Silence makes esoteric use of deliberately banal material, a churn of nostalgia refashioned into something resembling the soundtrack to a Hanna-Barbera adaptation of a Don DeLillo novel. Mouth Sounds— while positing the formerly annoyingly ubiquitous Smashmouth hit “All-Star” as the hidden key to four decades of pop-music history—repeatedly dredged up musical madeleines from the ’80s, ’90s, and ’00s, only to immediately undercut and profane them. Mouth Silence goes one step further, wreaking havoc on numerous songs that themselves capitalize on nostalgia in one way or another: “Crocodile Rock,” “Born to Run,” “Wonderwall.” REM’s “End of the World” and Billy Joel’s “We Didn’t Start the Fire” end up in a Street Fighter match of boomer timelines; the good old dark days of Pokémon panic are re-animated into a golem-like stand-in for every fleetingly misunderstood fad. Cicierega’s mischief is so deep that even the moments that don’t quite mesh feel more like elusive clues for any would-be cultural Dale Cooper. And the 24:03 mark? We all go a little mad sometimes. 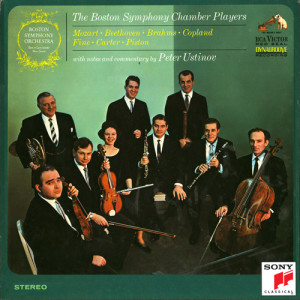 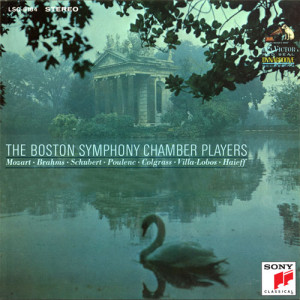 
The second re-issue includes Gomberg and Sherman Walt on Alexei Haieff’s lean, light Three Bagatelles for oboe and bassoon, along with Burton Fine and Vic Firth on Michael Colgrass’s Variations for Four Drums and Viola. As a bonus, there is a previously unreleased live recording of Samuel Barber’s Summer Music, a truly excellent performance, as bright and cool and languid as a gin and tonic on the lawn.