Imagine you’re at a new music concert. The artist or ensemble performing is really great, but they open with a few pieces that don’t speak to you. Everything seems grey. You drift into a dull torpor, hardly paying attention. But then, suddenly…

Imagine you’re at a new music concert. The artist or ensemble performing is really great, but they open with a few pieces that don’t speak to you. Everything seems grey. You drift into a dull torpor, hardly paying attention. But then, suddenly, it’s as if the air changes: you’re hearing something so outrageously compelling that it registers viscerally, and you snap awake. “What on earth is this?!” you ask yourself with breathless impatience. The music need not be rousing, per se—in fact, it may be the most tranquil, serene you’ve ever heard—but it has a profound urgency and resonance with you that shocks you with its arrival, rendering all other noise in your brain irrelevant.

What does this music sound like? Think big picture (affect, language, texture), but even more importantly, think small picture (motive, rhythm, etc.) Force yourself to hear details. Write down the first idea you have, without judgment; the aim is to get at what needs expression most urgently. There will be something instructive in your gut reaction. 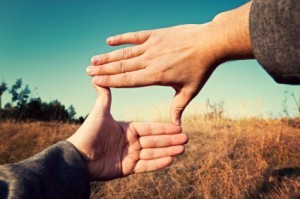 Now it’s your turn: write, record, or otherwise draft your response using any method that suits your style and skills, then share it in comments. You can embed a SoundCloud player, a YouTube video, a link to a score file—whatever works. Here at NewMusicBox, we talk about music a lot. This project is our way of shifting focus and actually making some music, too. We can’t wait to hear what everyone creates.—MS 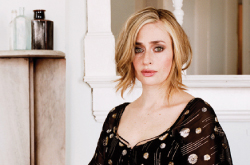 Many of composer Sarah Kirkland Snider’s works strive for an indifference to boundaries of style or genre. On October 26, 2010, Sarah released her first album, Penelope, a song cycle with lyrics by Ellen McLaughlin, featuring Shara Worden and Signal, conducted by Brad Lubman. Upcoming projects include commissions for the Brooklyn Youth Chorus for the Brooklyn Philharmonic’s “Reboot” Season, the American Pianists Association, Third Coast Percussion, and violist Nadia Sirota. Since 2007 she has served as co-director, along with William Brittelle and Judd Greenstein, of New Amsterdam Records, a Brooklyn-based independent record label.