So You Want To Start An Opera Company…

You and your librettist (and co-collaborator for most artistic things in your life) decide that the way around the non-performances and non-workshops of your work is to create a small opera company. This totally can be done, you think. You got this.
And then you do it.

So to recap, let’s say you were all excited that you and your librettist had the most awesome idea for a miniature chamber opera about the housing bubble, and you had hoped a big opera house might potentially fund a workshop of said opera, and you were then rejected from this amazing opportunity. It happens. 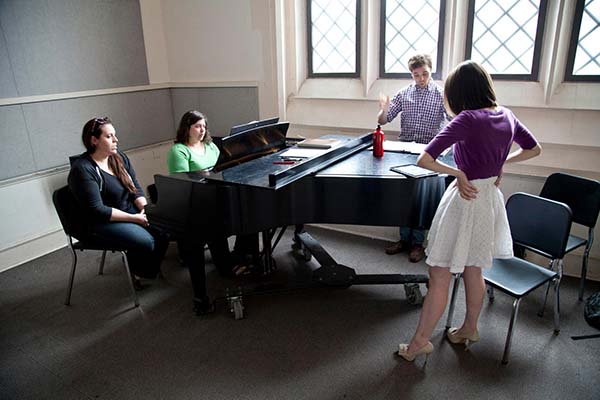 You and your librettist (and co-collaborator for most artistic things in your life) decide that the way around the non-performances and non-workshops of your work is to create a small opera company. This totally can be done, you think. You got this.

And then you do it. Mostly. In an amazing, inspirational, haphazard way that makes you wonder how on earth this new opera company didn’t kill you first.
I want to say I am quite thankful for the many conversations I had with my librettist (over delicious Reuben sandwiches and quite possibly later over Cincinnati chili) since it helped us deal with brutal rejection and heal our artistic wounds. We discussed the lack of opportunities for libretto readings and for workshopping new operas, and ultimately that inspired us to found an opera company. (If there is one piece of advice I can bequeath to you delightful readers, it’s that yes, risks are scary, but you have to be a bit foolhardy to make your art happen.)
The new opera company (North American New Opera Workshop, or NANOWorks) has been going decently so far. Our first teaser season in 2012–2013 had four performances, which included a performance at the Classical Revolution Cincinnati Constella Festival (thank you, thank you, Laura Sabo) and a stint at the 2013 Cincinnati Fringe Festival, a world premiere of my rejected opera… 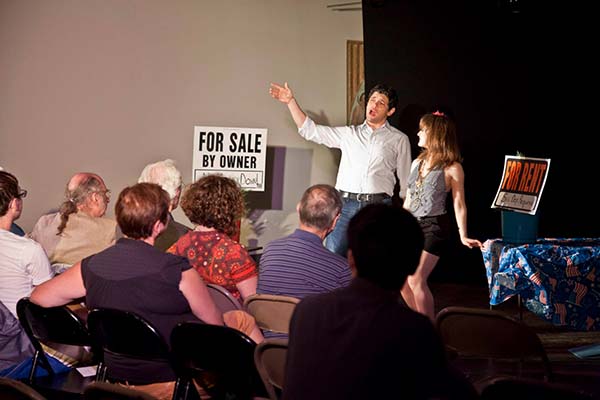 …and holy cow, an article about us in Opera News. For our next performance, we are producing a world premiere of Eric Knechtges’s opera Last Call, an opera loosely based on the gay bar scene in Cincinnati, and Marie Incontrera’s At the Other Side of the Earth, a dystopian punk lesbian coming of age opera. (If we align our ducks right, it will be performed at Below Zero Lounge in downtown Cincinnati preceding the drag show, which would be quite awesome in its own right.) And guess what folks, we now officially have our first call for scores, so you have until June 1 to submit something for our 2014–2015 season. Ironically—and this I dread—I may have to dole out rejection letters. Because of this, I’m sorry in advance. (This turn of events will possibly be discussed in a future blog post.)


Considering my opera company has barely existed for more than a year, we are obviously not doing so badly. However, I must admit, running this opera company has been the hardest thing I have ever done in my life. Why?
I don’t have enough money to independently fund my own opera company.
I’m what financial guru Suze Orman calls “young, fabulous, and broke.” Sure, I’m young and fabulous, but I would love to pay my singers. And my music director. And my wonderful piano maven. And maybe also pay for some costumes and sets, or quite possibly a venue. And, here’s a thought—maybe I should pay my composers. That would be lovely. 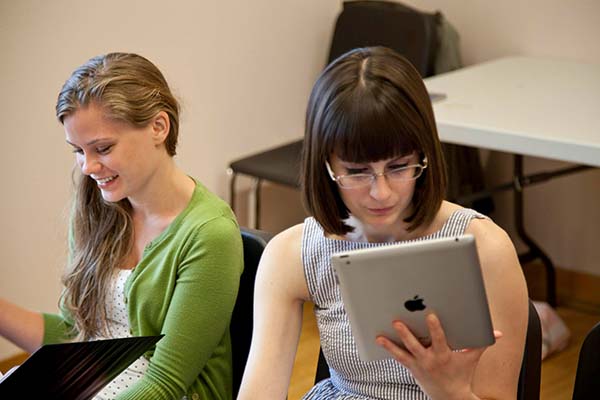 Without funding, I have to pay for venues and licensing fees completely out-of-pocket. I rely on eager singers who are happy to create new operatic roles, but they may have to suddenly drop out because a better-paying gig was offered to them. (Did I mention we had to double cast our Fringe show because Cincinnati Opera’s Der Rosenkavalier took out all the good baritones in town?) I have to rely on free or cheap rehearsal space, and sometimes that means I have to hold rehearsals at my house and hope my singers aren’t allergic to my cats. Did I mention I don’t have a real piano at my place? Did I also mention that I only have so much space for “staging” at my house? Ultimately without funding, I have to forgo certain props, venues, or talent that I would love to work with to create a good production. And I pride myself in producing good work.


At this point, you are probably asking why I decided to start my own opera company, especially because it continues to be a money loser for me and my co-founder. However, I tell my students (and possibly because I need to believe this myself) that it’s important to invest in yourself and nurture your art. And I see NANOWorks as a vehicle for which I will sacrifice profitability and sleep to enjoy the notoriety the company provides, to create the possibility of future commissions, and to be able to produce my own art. Hopefully this makes up for the cost.

Will this strategy work for everyone? I honestly can’t guarantee that, and I am still waiting to find out what happens myself. However, I know there are better things to do than to sit around all dressed up with no place to go, waiting for a grand opera company to call.