So You Want To Host A Composition Competition

We all want to serve the act of making music, but Chris Sivak sometimes wonders if an organization might not be aware of how their competition guidelines inhibit what they’re setting out to do.

Picture it: you are at the precipice of your arts organization and hosting a competition for composers. Before you pat yourself on the back for not going with a “feats of strength” model, let’s consider this journey you’re embarking on with a generous helping of a composer’s perspective.

It’s inevitable that a composer will at some point consider entering their music in a competition. For those who have, once you start preparing submissions you begin to develop a familiarity with some of the common guidelines. Having the duration of the work as well as its year of composition in the vicinity of the title page is more-or-less accepted as common practice, for example, but competitions often specifically ask for this information.

Composers also develop a familiarity with guidelines that can seem ambiguous in their utility. This article gets into some specifics below, but overall it makes me wonder: For those who host them, what are you actually trying to accomplish with this competition? Are you trying to foster young talent by creating an opportunity for it? Are you trying to encourage people to write for a particularly esoteric ensemble? Are you after the fire and brimstone of spectacle where artists beat each other into bloody pulps using their haphazardly bound manuscripts? In the end, we all want to serve the act of making music, but I sometimes wonder if an organization might not be aware of how their competition’s guidelines might inhibit what they’re setting out to do.

Many competitions have an age limit that can range from 18 to 30 years young. Unless the competition is billed as a “Young Composers Competition,” it strains credulity to see how this requirement is pertinent. Composition as a career isn’t arrived at in the same way that performance is. We often start much later in life. It’s a unique parental combo that pushes their pre-schooler into composition lessons, dreaming of the day when their protégé can barely scrape together an income from sitting in a dark room, scribbling incomprehensibly on staff paper. Many of us come to it by chance. Sometimes it’s our discovery of improvisation, the encouragement of a teacher, or even just simple curiosity. These humble beginnings have the potential to start a cycle that can last a lifetime. A model doesn’t really exist for the active nurturing of composers from early childhood in the same way we nurture instrumentalists. As such, composers can declare themselves at any stage of life and an age limit is often unnecessary and arbitrary.

On The Acceptance of Previously Performed Works

It’s understandable that part of the draw of a competition, in terms of getting butts into seats, is the spectacle of it. Spectacle, so the thinking goes, can be fostered by mirroring the performance aspect of sport. That’s not to say that composers are judged by how far they can heave their manuscript down the pitch, but there’s a definite emphasis on a performance within the frame of the present competition. For instance, we haven’t been handing gold medals to long jumper Bob Beaman for forty years just because he still holds the record for the longest jump (8.9 meters, for those measuring). We evaluate the athletes who show up and base our evaluation on what they do that day. The value is placed on performing in the present competition. Transmogrifying this idea over to the art world, the idea is that if a piece has already been performed, then its moment has more or less passed. If the previously performed work were allowed into the competition, it would be the equivalent of one of Bob Beaman’s mythical forty years of gold medals.

However, this reading breaks a little under thoughtful pressure. A composition competition isn’t really about evaluating the present performance, as there is none. The act of composing can be divorced completely from performing to the point where it’s about the deliverable—the composition itself. What disallowing previously performed works really amounts to is a back-of-the-napkin way of making sure that all the works submitted are new and the spectacle is just a bonus to help promote the event. A guideline requiring compositions needing to be recently composed will create a problem, as the history of each submission will need to be checked; it would be a bit of an upset if the winning piece was revealed to violate guidelines.

If your ensemble’s instrumentation is even slightly esoteric, you might also want to consider how disqualifying previously performed works is akin to shooting yourself in the foot. If your goal is simply to get great new music, then what if someone out there has an excellent piece for you that you disqualify because it was performed during the second year of their undergrad studies? You could be missing out on something stupendous and not even realize it.

This might be my most foolish moment, coming out in favor of entry fees, as I am forever going to be the one paying them. But if I’m totally honest and sigh resignedly, then I have to acknowledge they are often a necessity. It does take time to evaluate scores. Time is money. If you’re hosting a competition you’ll see a higher volume of scores than you’re used to. This means more of either your own or your jury’s time to evaluate submissions and that time is worth something. It also has the added benefit of filtering out some of the fence sitters who are sending in a work just because it’s a competition and not because they think they have a great piece for you.

And to be clear, many other composers and New Music USA come down against entry fees but acknowledge it’s a complex topic.

To play devil’s advocate for a moment (or even more dastardly in this case: composer’s advocate), part of the reason that so many of us grumble about entry fees is because rather than see the product in action, we see what has the vague outlines of a bait-and-switch. In other words, you provide us with a wonderful product: spending the time to get to know our music. This is something we all cherish. But in the vast majority of cases, all we see from our end is a form letter thanking us for our interest in your competition, and it’s rare that the name of our piece is even mentioned. To contrast, I once participated in a competition that circulated a form to its judges—identified on the form only by number to preserve anonymity—which was filled out with comments on each piece. These forms were returned to the entrants and made our participation a richer experience.

Are You Really Sure You Want It To Be A Composition Competition?

Honing in on a purpose for your competition rather than simply hosting a bloodbath and handing out towels will result in an event that makes far better use of everybody’s artistic energy.

Before you stoke the fierce rivalries between stacks of paper, you might consider other options. A commissioning competition is ideal for a group that has the funds and desire to commission a new work but lacks the personal contact with a composer upon whom to bestow the terms of the commission. Instead of asking composers to write a new piece for your ensemble, ask them to send in a CV, scores and recordings of a handful of representative works, and a project proposal for what they would like to write. The organization can then decide, based on a composer’s past work and their proposal, what would be the best fit.

Also, don’t discount the utility and practicality of an open call for scores. If your desire is to see as much new music for your ensemble as possible, a press release calling for creative individuals to send in their best work will yield a mountain of PDFs and bound volumes for you to wade through.

It’s easy to polarize the issue of competitive art making, and the fuzziness of art metrics are a big reason for this. That are certain aspects of craftsmanship that come in to play, but at some point—and likely sooner than you think—judges are going to be picking pieces because they like them and their reasoning will be nebulous. That isn’t to say they won’t be able to justify their reasoning, but that reasoning is going to have more to do with their personality and preferences than anything you can measure.

There’s also a misplaced lament for the loss of the commissioning model of supporting artists whenever competition is brought up. But both have always existed side-by-side. (See Beethoven rising to prominence in competitive piano duels, for instance.) However, there is some ethical grey area around being asked to write specifically for a competition. “You didn’t place but at least now you have a great piece for your catalogue!” doesn’t really address the problem of asking artists to work for free. Writing a great piece takes a great amount of work and composers already have lots of great pieces in their catalogues. Their time is often best spent promoting those and writing new ones that are destined to be performed.

Honing in on a purpose for your competition with these considerations in mind rather than simply hosting a bloodbath and handing out towels will result in an event that makes far better use of everybody’s artistic energy. Composers won’t feel like they’re participating in some kind of cattle call, your performers will be more likely to be playing something fabulous, and your audience will be more likely to be excited by something that expands their horizons. Who knows how many great pieces are out there, desperately craving your attention, that could be shut down for rulebook reasons as mediocre as they are miscellaneous? If your primary goal is great music, then make some space in your mail room and brew a pot of coffee. Because it’s out there—and it is legion. 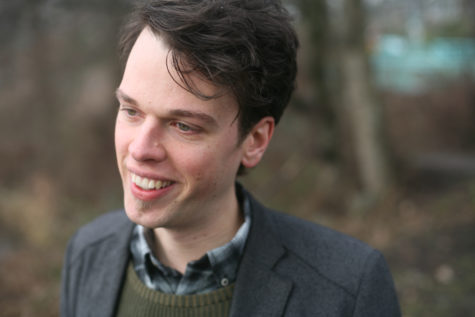 Chris Sivak is a multi–instrumentalist and composer residing in Vancouver, BC. His output covers a wide variety of ground ranging from the soberly serious to the seriously absurd; all lush and lasciviousness, hunting for the perfect musical moment, to manic chamber opera featuring casts of characters out to tickle your funny bone. Chris studied music at UBC with Stephen Chatman and Dorothy Chang. He subsequently moved on to become the composer in residence with the Laudate Singers Of North Vancouver from 2014 to 2016 and is an associate composer with the Canadian Music Centre.