Skirts or Pants? How About Both

As women, by and large, we have been taught to view ourselves as made up of independent spheres, separating our profession from our gender, and from our craft. One challenge is to allow and encourage our various roles to operate and shape us in tandem, rather than in silos. 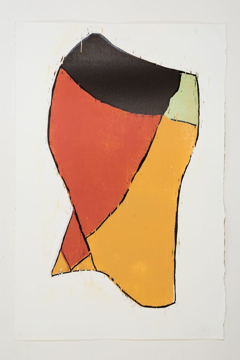 When I first considered writing on the topic of gender in “classical” composition, I wondered how I could possibly have anything new to say. Then, my colleagues challenged me. Why not? As a consequence, I have read about the role of gender in popular music, punk misogyny, and photography and discussed analogies between film and composition with a number of friends and colleagues. I have conversed with my closest collaborators, both male and female. I have started asking deeper questions, and in doing so, confronting why this issue is so challenging for me.

In graduate school, I consciously disassociated being female with being a composer. In fact, I took that even further and came to the conclusion that being a composer was in direct conflict with what I knew as a teacher, as a student, and as an artist. While I was coming to realize that my work coupled with my teaching style reflected a theme of synergy and convergence, I perceived a dichotomy in trying to fuse my various roles. I am sure some of this can be simply attributed to youth, but also, I believe we have been part of a transformation, where our generation is realizing a gradual shift in the way we view the artist.

Generally, we are coming to accept a more multidimensional role for an artist in the 21st century. Being an entrepreneur, musician, and teacher (and/or any number of other occupations) are all equally important. As Claire Chase said in her 2013 Bienen School of Music convocation address, “You can’t really separate the act of creating music, even very old music, from entrepreneurship.” She examined how entrepreneurship manifests in our time by providing countless examples of how we assume multiple roles: the artist as collaborator, the artist as producer, the artist as organizer, the artist as educator, and the list goes on. The resounding message delivered is that there is no clear roadmap. She inspires her young audience to “blow the ceiling off anything resembling a limitation.” I try to remind myself of this mantra every day; however, it is not always easy.
From my vantage point, the “guru” mentality is an accurate snapshot of the history of the composer/composition teacher relationship. In graduate school, I was encouraged to ignore the gender bias, which at the time was probably for the best in order to preserve my identity; however, this is not the same advice I offer to my students. I want to talk openly and non-judgmentally with them about the inherent challenges of being female and a composer alongside being a composition teacher and entrepreneur. More importantly, I want begin to identify why and how we have fallen into patterns of behavior that support the status quo. We have far too many resources at hand in the 21st century for female composers/teachers/organizers not to have more visible role models.

As women, by and large, we have been taught to view ourselves as made up of independent spheres, separating our profession from our gender, and from our craft. One challenge is to allow and encourage our various roles to operate and shape us in tandem, rather than in silos. For me, this involves accepting that being a good composer is being a good teacher, and that composing is my lifelong lesson. These two essential parts of who I am should not, and cannot, be in conflict. Whether it is teaching and composing, or composing and being a mother, or doing any number of things that we as composers in the 21st century must do to survive, we all deserve the opportunity to merge our identities and define ourselves in our own unique way. Granted, I am primarily coming from the perspective of a female in academia, but I suspect that the challenge of balancing multiple and often simultaneously demanding roles is consistent for female composers in general.

Recent publications about the relationship of women to the field of composition present numerous heartening viewpoints. Amy Beth Kirsten’s “The Woman Composer is Dead” (2012) offers many valuable observations. Kristin Kuster’s “Taking Off My Pants” challenges us to embrace who we are, while maintaining respect for our craft. And Ellen McSweeny’s “The Power List” offers concrete solutions to incite change. These three articles in particular illustrate exactly how much we need to talk about this pervasive issue, so I assigned these articles to students. Their reactions ranged from, “I’m saddened” to “…a women could never have composed Beethoven’s Ninth or Rachmaninoff’s Second Piano Concerto…women need to stop having hissy fits about it.”
The teacher in me desperately wanted to understand these reactions, so I researched and looked to the visual art community for answers. As Linda Nochlin probes in her famous 1971 essay, “Why Have There Been No Great Women Artists?”:

“Why have there been no great women artists?” …like so many other so-called questions involved in the feminist “controversy,” it falsifies the nature of the issue at the same time that it insidiously supplies its own answer: “There are no great women artists because women are incapable of greatness.”

Power structures have long operated along gendered presumptions like the one above. Certainly, all artists struggle to balance both creative and personal life challenges—this has become part of the romantic “plight” of being an artist—but I would be remiss if I didn’t acknowledge that for me, this quandary was further complicated by sex and gender. As women, we are pulled in directions that are conflicted, both due to social pressures and the biological constraints of childbearing during key career-building years. Culturally, we are expected to respond in “feminine,” frequently subservient ways, but to follow the modernist trend, as composers we are expected to provide answers. 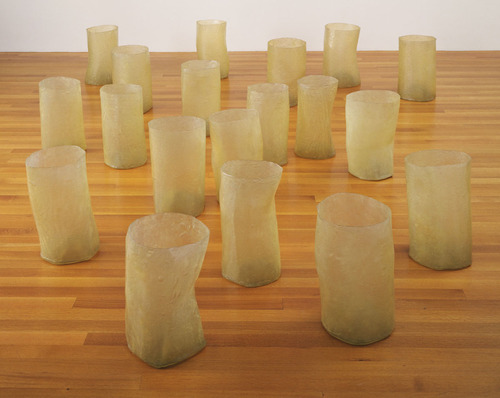 I agree with Eva Hesse that “excellence has no gender.” But how exactly do we begin to tell that story? Visibility is imperative for role models to succeed.

What is important is that women face up to the reality of their history and of their present situation, without making excuses or puffing mediocrity. Disadvantage may indeed be an excuse; it is not, however, an intellectual position. Rather, using as a vantage point their situation as underdogs in the realm of grandeur, and outsiders in that of ideology, women can reveal institutional and intellectual weaknesses in general, and, at the same time that they destroy false consciousness, take part in the creation of institutions in which clear thought—and true greatness—are challenges open to anyone, man or woman, courageous enough to take the necessary risk, the leap into the unknown.

As creative artists, we are students forever; otherwise, we would not have chosen such an infinite language to study. And frequently we have to act like a teacher, student, and artist simultaneously. Whether it is building music, art collaborations, schools, teaching, or learning, we create materials, build forms architecturally, and communicate those ideas creatively. Remember, maestro, male or female, as artists, we are inherently collaborators.
Gaining a broad perspective through all of the roles we must play has provided a critical lesson for me. Beyond social construction and convention, judgment, joy and anger, we must confront the abyss and challenge, question, and listen. And, above all, we should celebrate being female, and choose to wear pants or skirts as we see fit.