What a jazz singer does with a melody is every bit as compositional as an improvised instrumental solo, and not only when those singers are scat singing. Over the course of the next three weeks, three extraordinary jazz vocalists who come from three very different backgrounds and span three generations—Sheila Jordan, Fay Victor, and Jen Shyu—will tell the story of why they sing, what they sing, and perhaps most importantly, why they sing what they sing.

Video presentation and photography by Molly Sheridan
Most people are immediately drawn to music because of singers. This is the reason why virtually all popular music from all over the world is vocal music. It is also why most people identify the pop song recordings that they love with the people they hear singing those songs rather than the people who composed the melody or the lyrics, or the arranger, the producer, or any of the other people who had an involvement in the making of that recording.

However, people who compose or perform music, or those who write about it or are somehow “in the biz”, tend to listen with a different sensibility. This sensibility also varies according to genre. For example, whereas most pop music genres are all about the singers, classical music, despite its rabid fans of opera stars and larger-than-life virtuoso pianists and violinists, is composer-centric. Recordings in record shops have always been traditionally arranged alphabetically by composer, a phenomenon that has carried over into how classical recordings are organized by many online retailers. (Woe to most multiple composer discs.) Composers’ names are also still the ones that appear in large capital letters on concert programs. The pre-eminence of these (mostly long-dead and almost always male) icons is often one of the things that folks who are not aficionados of classical music find so baffling about it.

Jazz is a completely different story. It’s usually about the frontman (which all too usually is a man) regardless of whether or not that frontman composed the material he is performing. It is that frontman’s re-imagining of the material—through improvisation and usually an original arrangement of it—that makes it his own. 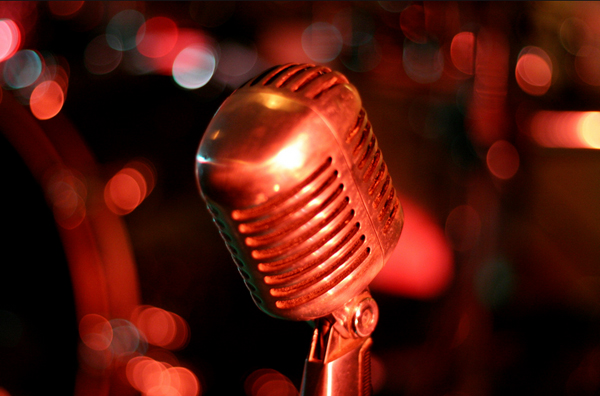 But what about when that frontman is a vocalist? Despite most people’s identification with singers, very few singers were bandleaders during the era when jazz was synonymous with popular music in the United States. (One notable exception was Billy Eckstine, who fronted a seminal big band that presaged the transition from swing to bop and which featured Dizzy Gillespie, Charlie Parker, Miles Davis, and others who are now acknowledged as bebop’s creators.) Usually when a singer was part of a jazz group, it was under the auspices of a non-singing bandleader under whose name the band was identified. And that bandleader and his often ghostwriting composers and arrangers were the folks who were responsible for the music.

During that same time, singers were one of the few roles in jazz filled by women, and the second-class status of female singers vis-à-vis other frontmen is arguably a by-product of the male chauvinism of that era; it’s a chauvinism that persists to this day. Yet some of the legendary singers of jazz’s golden age—Billie Holiday, Sarah Vaughan, Ella Fitzgerald—are among the most revered members of the jazz pantheon, even if their original approach to a pre-existing melody is not always granted the same compositional imprimatur by jazz listeners as the improvised solos of a pianist or a saxophonist. However, what a jazz singer does with a melody is every bit as compositional as an improvised instrumental solo, and not only when those singers are scat singing.

“The amazing thing about Billie Holiday is I always thought that [she was singing] the original melody of the song,” acknowledged jazz vocalist Sheila Jordan, an NEA Jazz Master who grew up listening to Holiday. “She was so precise and it was so smooth that you never in a million years thought that she was altering notes. But she was.”

Another element of female jazz singers’ second-class status was the pull between choosing their own repertoire and being told what to sing by the bandleaders, arrangers, record producers, and other men who were in control. After establishing a career with immediately identifiable idiosyncratic interpretations of popular standards, the late Abbey Lincoln abandoned performing others’ often misogynist songs and eventually performed her own material, almost exclusively, which is something she spoke about at great length when she was profiled in NewMusicBox back in 2002. To date, that was the only time we had ever profiled a jazz vocalist in NewMusicBox, which means we’ve barely scratched the surface.

So, for our sixteenth anniversary online this month, we have profiled not one, but three extraordinary jazz vocalists. These three women come from three very different backgrounds and span three generations, yet all of their performances demand to be heard as original compositions whether they are singing standards or their own creations. First, we spoke with Jen Shyu who has gone from singing the Great American Songbook to performing with Steve Coleman to creating her own unique repertoire that explores not only her Taiwanese and Timorese ancestry but also other Asian traditions. But no matter how far afield she has traveled, she still feels tied to “the continuum or the tradition of innovation” that is “very unique to jazz.” Then, we met up with Fay Victor who—of the three people we are featuring—was the least comfortable with the term “jazz” since she is equally interested in exploring rhythm and blues, psychedelic rock, and her own Caribbean roots. “Perhaps jazz might be a limiting phrase,” Victor opined during our conversation. Finally, we connected with Sheila Jordan who, at 86-years old, is a marvel. A few days before we visited her Manhattan apartment (where she has lived since the 1950s), she performed at Birdland where she was as dazzling as she is on George Russell’s otherworldly 1962 arrangement of “You Are My Sunshine,” which was her recording debut. Jordan is perhaps the most comfortable with being described as a “jazz vocalist.” To quote her own words during our talk, “My heart and soul were totally into this music from the first moment I heard four notes of Charlie Parker’s ‘Now’s The Time.’ … I knew from that moment, this is the music I’ll dedicate my life to. I never thought about any other music.” But that is not to say that Jordan’s approach is in any way conventional; it is a completely original synthesis of her own background as a child of Native American “half-breeds” and growing up in Detroit and in the mining towns of Pennsylvania. In addition, her approach to singing has always been more indebted to instrumentalists than it is to other singers.

Over the course of the next three weeks, Sheila Jordan, Fay Victor, and Jen Shyu will tell the story of why they sing, what they sing, and perhaps most importantly, why they sing what they sing. How each of them came to create totally individual sound worlds through their voices is compelling and inspirational. Exploring their approach to music-making has been a fascinating journey and one we hope you will take will us this month.