There aren’t as many generalizations to make about new music in Boston as one might think—even the old epithet of “academic” starts to fray when you realize that some of the city’s least academic composers are here because of academic appointments—but here’s one that’s not unreasonable: on balance, new music in Boston is institutionally driven. It’s ensembles and schools that curate the repertoire; the scene is parceled out by group and by season more than piece by piece. 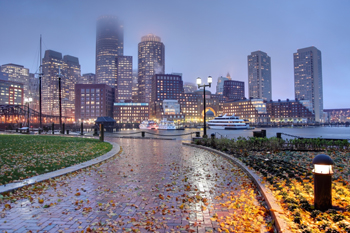 There aren’t as many generalizations to make about new music in Boston as one might think—even the old epithet of “academic” starts to fray when you realize that some of the city’s least academic composers are here because of academic appointments—but here’s one that’s not unreasonable: on balance, new music in Boston is institutionally driven. It’s ensembles and schools that curate the repertoire; the scene is parceled out by group and by season more than piece by piece. The sort of ad hoc, one-off new music event is a comparative rarity here; tellingly, when younger composers find institutional gates more tightly barred than they would like, their instincts are not to simply put on such a concert, but to start another institution (cf. the Boston Composers’ Coalition, the Boston Composers’ Collective, the Fifth Floor Collective, &c., &c.).

What this means, from a practical, concertgoing standpoint, is that there’s a strong inverse relationship between how experimental a performance is and how easy it’s going to be to find out about it. This is a tendency that’s only been getting stronger in recent seasons—the established institutions are taking up more of the reduced media and advertising footprint for classical music without seeding as many new cultivars. Even the flurry of high modernism that ran through Boston when James Levine took over as music director of the Boston Symphony Orchestra has slowed to a crawl; this season, the BSO is programming but a handful of living composers, and only one premiere: a new symphony from John Harbison, the culmination of a two-season survey. (That dearth is at least a slight aberration, and probably a collateral result of James Levine’s exit as music director, drawn-out and hasty all at the same time, but the pattern has been steady.) The Boston Modern Orchestra Project, that supermarket of orchestral novelty, can usually be counted on for a bit of far-out provocation somewhere along the line (as of this writing, they have yet to reveal their full season), but it’s only one slot among the many styles and modernist histories BMOP tries to keep in play (and last season was comparatively middle-of-the-road, repertoire-wise). Many of the older new-music groups—Boston Musica Viva, Collage, and the like—are drifting into museum territory, maintaining their curated stock of ’60s-’90s contemporary chamber music as much as drawing out new creations.

None of this is bad—I like mainstream modernism, and I’m happy that somebody is keeping it in practice—but I also like to hear the latest news, as it were. And the institutional focus in Boston is so strong that, in order to find the latest news, one has to do a fair amount of deliberate spelunking. So, more and more, in addition to the standard tour of the standard groups, I find myself poring over university websites to see if any enterprising students are channeling their inner, bleeding-edge Mickey Rooneys and Judy Garlands. (This, in fact, has been one of the main engines for creating newer institutions—in the next few weeks, I’ll be reviewing several groups that got their start this way.) I find myself checking weeknight schedules at clubs around town to see if there’s any experimental filler on slow nights. I find myself doing Facebook searches on “John Cage” or “Fluxus” or “Scratch” on the off-chance that a similar, sympathetic happening is, well, happening. And all the
while, strangely, I find myself thinking about Brook Farm. 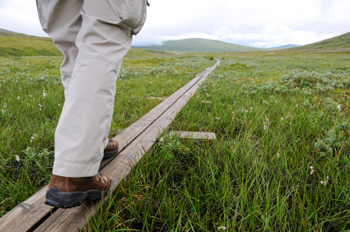 There isn’t much left of Brook Farm apart from its acreage. The Hive is gone; the Eyrie is gone; Margaret Fuller’s cottage was burned to the ground by bored vandals in the 1980s. The building that used to house the print shop is all that’s left, along with a few crumbling stone foundations and a patchwork of overgrown meadow and marshland. You can drive up to Brook Farm—the Transcendentalist, utopian commune in West Roxbury, Massachusetts, that flared brightly and then flared out in the 1840s, now a landmark-protected historic site—however, you can also get there in a more historically informed manner by way of the Blue Heron Trail, a ten-mile hiking loop that runs through Newton, Needham, Dedham, and Boston. It isn’t always comparatively enlightening to point out a New England locale’s historical connections (the region fairly reeks with history) but the Blue Heron Trail manages to cover a good amount of symbolic ground. It straddles a stretch of the Charles River, named for Charles I of England, the dirty water of Standells fame; a long portion of it runs parallel to Route 128, the site of the mid-20th-century tech boom in Massachusetts; it passes through Boston’s Millenium Park, a 100-acre repurposing of dirt from the Big Dig, the epic public-works expression of the commonwealth’s zenith of national political influence; and, of course, there is a side spur to the now-wilderness of Brook Farm.

And Brook Farm, however overgrown, is still a kind of secret nexus of new music in Boston. John Sullivan Dwight, the city’s first real music critic, was a Brook Farmer, preaching the gospel of Beethoven, a radically avant-garde message at the time. Dwight went on to found his eponymous Journal of Music, pushed for the formation of the Boston Symphony Orchestra—and never budged from his Brook Farm, pro-Beethoven stance, even as it tipped over into old-fashionedness. Ever since, there has been a strong instinct in the Hub of the Universe to approach revolutionary sounds with an ambition to institutionalize them into conventional respectability.

Critic-at-Large Moe and I hiked the Blue Heron Trail not long ago. For a while, the trail is clearly blazed; but large portions of the trail require a certain amount of entrepreneurial foolhardiness. There are welcome signs of institutional maintenance (marshes crisscrossed with accessible boardwalks) as well as institutional intrusion (a good section of the Newton side of the trail, for instance, is routed through a series of drab corporate parking lots). And then there’s the walk along 128, traffic, commerce, and transport continually in earshot, and occasionally clearly visible, but the trail nevertheless insisting on its own self-contained ecosystem. In other words, the Blue Heron Trail is a lot like new music in Boston.