Steve was tremendously disciplined. He composed every day, whether he wanted to or not. He completed everything he started. You could count on him for advice. He gave me the best financial advice of my professional life when he said “Just envision the amount of money you will need next year, believe it, and it will be there.” He was right. 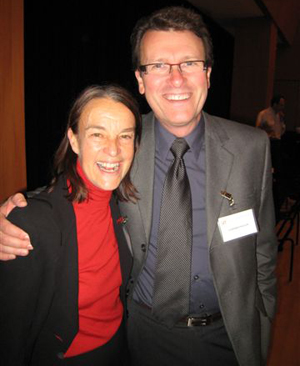 Who could imagine what would come from two student composers talking about life while walking between classes? I am certain that neither Steve Paulus (I’ve never been able to call him Stephen) nor I could. We were just kids then. Midwestern kids. Midwestern kids who shared a passion to compose music and a pretty fierce belief that we composers had a right to authentic voice.

During those walks between Russian history class, across the Washington Avenue Bridge at the University of Minnesota (often in sub-zero temperatures), on our way to the music building, Steve and I would take on world topics in composition. Those were intense conversations. What did we think about this or that new piece? What is the value of a closed pitch system in a world of infinite sound? What is the life of a composer if not employed as a faculty member? Is there an audience for new, abstract compositions? Where could we learn how to do business as independent, professional composers? What would life be like? Intense questions. And we came up with an intense answer: if there wasn’t a professional life waiting for us to join it, we would build one for all of us.

I listened to my friend, and got to know Steve as a guy with a big brain, an admirable work ethic, a sense of fairness, a generous spirit, and best of all he was funny. I liked him. We all liked him.

The first 12 years of building the Minnesota Composers Forum (now the American Composers Forum) was a vortex of creative energy. There were mountains of work to be accomplished. It was a joy to work with Steve. He was fearless about contacting people for meetings. We had our act down when we made a meeting. Before opening the meeting door, Steve would quip “Ars longa, meetings brevis,” and we would enter laughing. Steve would lead off the conversation. Then he’d pass it to me and I would talk about the essential place of the composer in the world. Then back to Steve, who would elaborate and throw in a joke or two, always funny, always on point. 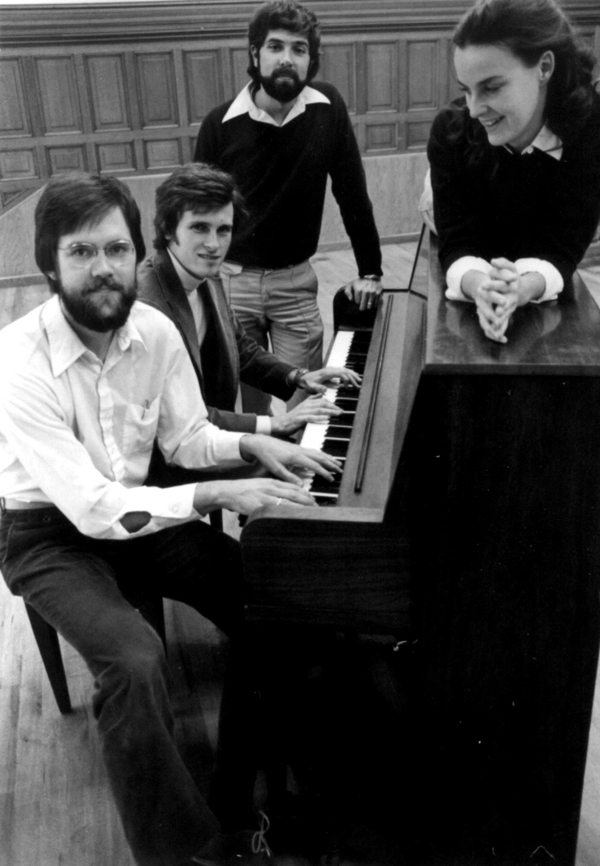 Steve was tremendously disciplined. He composed every day, whether he wanted to or not. He completed everything he started. He made lists and checked off each task when it was done. He helped a person when they needed help. You could always count on him for conviviality. You could count on him for advice. He gave me the best financial advice of my professional life when he said “Just envision the amount of money you will need next year, believe it, and it will be there.” He was right.
Steve was intense, hardworking and fun loving. But he was at his absolute best when he met Patty “Tutz” Stuzman. He had found the love of his life and his energy lined up with the stars. The two of them together were a wonderful couple.

But the thing I admire most about Steve is Stephen Paulus, the composer. All the traits that made Steve Steve are present in his music. His music is layered in meaning. It invites you to return to it and when you do, there is always something deeper, richer, delightful to discover. I admire his ability to compose a beautifully constructed lyric line. It’s maddeningly difficult to create a highly original and memorable lyric line. At this, Stephen is one of the best. His musical signatures—quick rhythmic bursts, elegant uses of minimal percussion, a well placed chord which resolves in an unexpected and highly emotional way and, of course, his masterful ways with text setting—make his music his, and his alone. In his music, Stephen met his goal—to be authentic. His music lasts, and will last for many years to come.

Over the last 30 years, Steve continued to live his credo, composing as a profession and contributing to the profession as a musical citizen. His work with the ASCAP board of directors was a part of his life I know he valued greatly. As a visiting composer at numerous colleges and universities he was an important model for young composers who aspired to live their lives composing music. Stories about Steve abound and I hear many of them in my own peregrinations.

My friend, colleague, collaborator and professional partner, Stephen Paulus has passed away. I was standing in line in Zone 5, waiting to board a plane when Joel Revzen, a mutual friend of ours, called with the news. For those of us who were near Steve during the fifteen months following his stroke, the news was expected, but still very hard to bear. But the heart is made lighter by the sixty-five years Steve was with us. 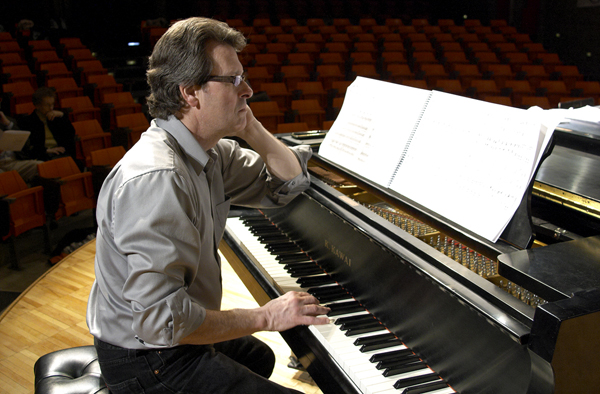 Stephen Paulus at the piano during a rehearsal for his ChoralQuest piece Through All Things in March 2011. Photo courtesy Craig Carnahan, American Composers Forum.