I probably met Seymour in New York City sometime in the mid 1940s. Even then, Seymour made quite an impression as he walked into a room—a large, cheerful man swinging his cello at the end of his arm. As a musician, Seymour was remarkable to work with. Seymour could articulate and explain the structural intent of a given piece of music, and his playing was void of vanity.

[Ed Note: Seymour Barab, one of the most prolific composers of operas and music for young audiences as well as a formidable cellist dedicated to the performance of new music, died on June 28, 2014 at the age of 93. To honor his memory, we asked violinist Anahid Ajemian—who knew Barab for more than half a century and who, along with him, Matthew Raimondi, and Bernard Zaslav were the founding members of the Composers Quartet formed in 1963—to share her recollections of Barab as composer, cellist, and friend. We’d like to thank George Boziwick, Chief of the Music Division for The New York Public Library for the Performing Arts, as well as Ajemian’s son Greg Avakian, for helping to coordinate this essay, and also Barab’s daughter-in-law Marie McCann, who supplied us with the historic photos reproduced herein—FJO] 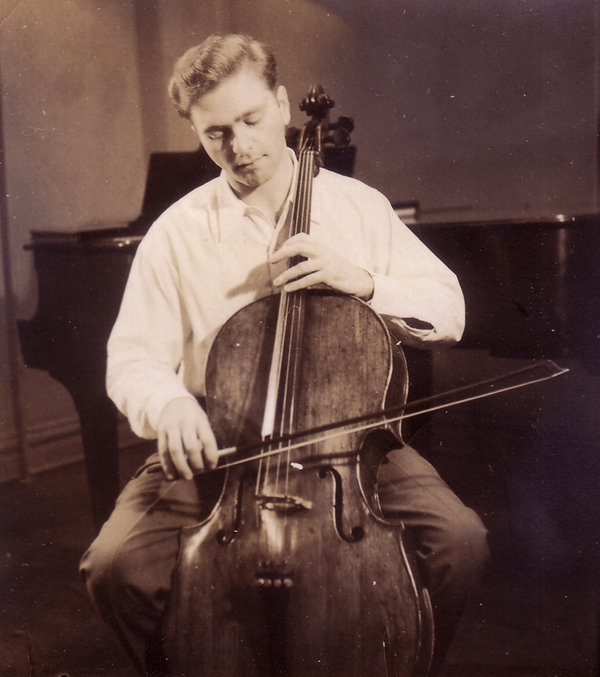 Seymour Barab started composing at an early age, and his interest in new music and composition remained a major part of his life. It was many years before I became aware of the number and variety of his compositions because I later knew Seymour as a fellow musician in the Composers String Quartet.

I probably met Seymour in New York City sometime in the mid 1940s. Even then, Seymour made quite an impression as he walked into a room—a large, cheerful man swinging his cello at the end of his arm. At this time composers were eager and even anxious to have readings and performances of their music, and Seymour was already writing, performing, and organizing new music events. 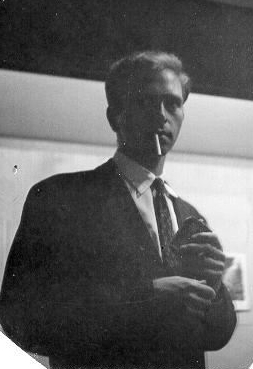 It was another era.

In 1946 my sister, pianist Maro Ajemian, and I were touring in Europe. We played in Paris where we also spent some time attending concerts and gatherings. During an informal afternoon reading of a movement of what could have been a segment from Boulez’s first piano sonata, I recognized Seymour Barab among the many musicians there from New York. He had taken a year after being discharged from the navy to work and compose in Paris. I later found out that during this year he composed over 200 instrumental and vocal works.

Upon returning to the United States, Seymour immediately became very busy in New York doing various recording projects, concerts, and of course composing. The number of contemporary concerts at an increasing number of venues led to a cadre of younger performers who were eager to learn and play these challenging works. Seymour was immensely popular due to his confidence in performing, as well as his interest in, and rapid understanding of, these complicated scores.

In the 1950s as television and radio commercials became more common, Seymour was very much in demand and we would occasionally meet in the studios. This is when I first began to know Seymour as a friend and not just as a colleague. I sensed the kindness of the gentle soul that he was. He quickly deciphered any music that was placed before him, but he was also respectful—both as a musician and as a human being. 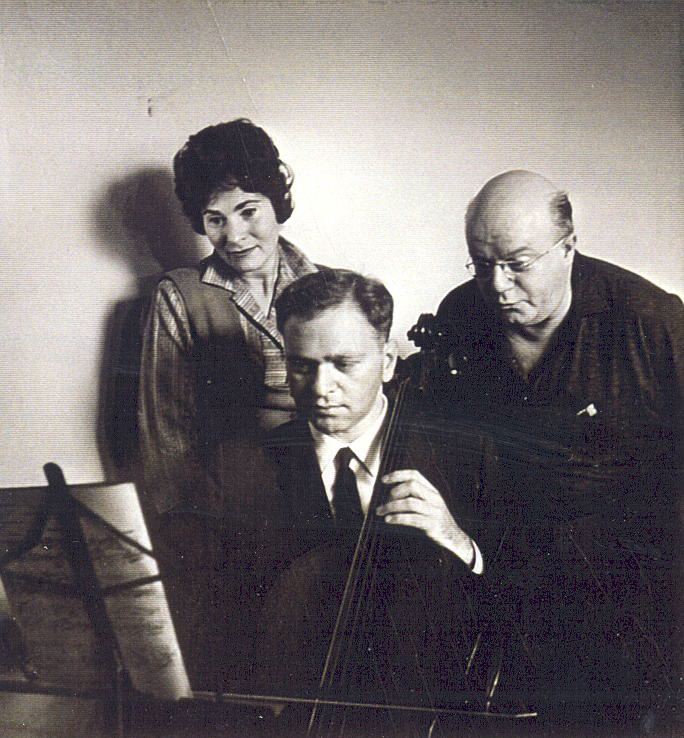 Barab reading through a score by Ben Weber, who is standing behind him.

During this period, the composer Gunther Schuller selected the best available musicians in the city for concerts of new works. These concerts were a terrific success. Gunther asked Matthew Raimondi to organize a quartet to perform three concerts of contemporary new works. Matthew asked me, and then quickly chose Seymour and Bernie Zaslav as other members. We were an ad hoc group—all with careers and obligations to other ensembles—and didn’t know what might be the outcome of this exciting endeavor. The results were numerous requests from universities, and composers suddenly had need for a permanent quartet. This is how we formed The Composers String Quartet in 1965.

As a musician, Seymour was remarkable to work with. As would be expected, his playing was brilliant, but as a member of the quartet, he was an asset beyond his ability to play his instrument. Seymour could articulate and explain the structural intent of a given piece of music, and his playing was void of vanity.

Seymour had a sense of the musical purpose of a composition. Some composers start work by using ideas and elements of music as building blocks and then create an intellectual structure of music that is emotional and beautiful nonetheless; others are inspired by an emotional image, sense, or feeling that must be expressed. Seymour had an uncanny ability to read the music and interpret the composer’s process and intended emotional content—and thus play the music from the composer’s point of view and not just by reading the notes on a page.

For Seymour, working with three other people who all had a passion for music seemed easy; he was intelligent and articulate, but he never used this to get his way or challenge the other members of the group. He did not dictate his desires as much as put them forth for our consideration. Seymour would join his ideas to others so that we never spent much time discussing musical interpretation. We played together and if something was said, Seymour would add to it, often showcasing a brilliant aspect of the music that perhaps we hadn’t heard before. But more than anything, Seymour’s ability to articulate different ideas through his playing helped us to converse through music and not just talk.

As the quartet grew in popularity, it became evident that travel and touring would move beyond the concerts we were regularly performing in the United States. At this point, Seymour was justifiably feeling the time constraints in his work as a composer.
After a long rehearsal one day, Seymour invited Matthew and me out for a drink. Seymour told us that he loved to play with us, but he was uncomfortable with the travel and time it took away from his composing. We had known that this was on his mind for some time and decided to accommodate schedules until we solved the problem. Because Seymour was Seymour, our friendship never ended.

Seymour finished his time with the Composers String Quartet by playing several concerts and was on several recordings. My favorite is of Carter’s First String Quartet when Seymour starts that solo entrance; it’s perfect.
Seymour, we will all miss you.

A collection of family photos of Seymour Barab assembled by the Barab family.
Accompanying music: Dances for Oboe and Strings by Seymour Barab,
performed by the Manhattan Chamber Orchestra conducted by Richard Auldon Clark (Kleos Classics 5112)