With John Duffy, everything was possible. He radiated an optimism as forthright and clear as it was free of guile and self-importance. Though the limits of observable reality might be challenged, audacity never distracted from core purpose. His optimism happily went about its business. It lived solidly on terra firma. It got things done. 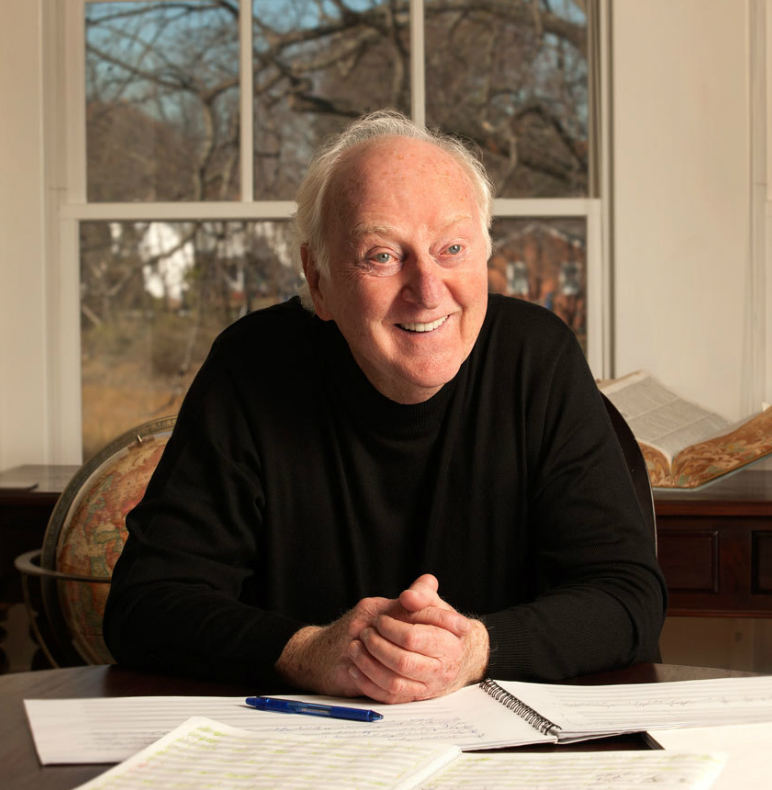 American composer and beloved new music advocate John Duffy, who founded Meet The Composer in 1974, died in Virginia this morning after a long illness. He was 89.

In 2011, Meet The Composer and the American Music Center merged to form New Music USA. Ed Harsh, current president and CEO, reflects on Duffy’s profound impact on the field in the post below. Many in our community will feel this loss deeply. We encourage you to share your memories of John in the comments section.

*
With John Duffy, everything was possible. He radiated an optimism as forthright and clear as it was free of guile and self-importance. Though the limits of observable reality might be challenged, audacity never distracted from core purpose. His optimism happily went about its business. It lived solidly on terra firma. It got things done.

In the immediate aftermath of a person’s death, we can feel an urge to sum up their impact and role and even character. We want to come to some kind of conclusion about what their life may have “meant,” perhaps as a benchmark against which to take some measure of our own. I certainly don’t propose to do that here. It’s a shaky notion in any case to impose a stable unity onto a life’s complex assemblage of experiences and relationships, joys and sorrows, narrative through-lines and irrational disconnects over time. Summing up any life is foolhardy—especially one as rich as John’s was.

My aim is something more modest and personal, though it’s certainly still daunting. I want to reflect on a few of the characteristics I treasured in John that I feel are his legacy to New Music USA, the second incarnation of his visionary creation Meet The Composer. Mine is just one perspective. I hope others will share in the comment section below their own personal perspectives and stories. John meant so many things to so many people. The more we share, the more we’ll be able to appreciate him.

A gathering of voices would be entirely appropriate to John’s devotion to the American ideals of democracy and pluralism. He was known to list the quality of “tolerance” at the top of his list of values he appreciated most. The example of his own life suggests something broader, more positive and more proactive than mere tolerance. He was omnivorously curious about and respectful of all music. Even if a given artist’s work might not have been to his taste, he would be interested to know more about it, to understand a bit better what drove its creation. What’s more, he wanted others to be interested, too.

This omnivorous openness was paired with a healthy disregard for conventional hierarchies. He didn’t recognize them as valid, so he ignored them. For John, the idea that a “classical” symphonic work was, by nature, automatically worthy of higher status than the work of, say, Ornette Coleman or Burt Bacharach—to use two of his favorite examples—was simply bunk. He was quick to fight the ingrained privilege and prejudice that often hide behind those hierarchies. The energy and self-assuredness he brought to such spirited struggles embodied for me a muscular, practical, American blue-collar view of the value inherent in solidly workmanlike effort, no matter its form.

The exploding variety of creativity we’re blessed with in 2015, which blows through genre categories like so much thin air, may obscure for us now the uncommon character of his views. It’s worth pausing for a moment to make sure that we don’t take John’s openness for granted. Because we shouldn’t. His views were decades ahead of their time and distinctly radical when Meet The Composer was founded in the 1970s.

We should likewise not underestimate the quality of courage he showed in standing up for his own convictions. The name of his organizational creation is its own example. He frequently told the story of thinking deeply about the name for his then-new program. He scribbled one possible name after another on a big yellow legal pad. Under the influence of the direct, human immediacy of Walt Whitman’s poetry, he wrote down “Meet The Composer.” When he finally chose that name—against the advice of many, let it be noted—he was met with a lot of resistance. “The higher ups” at the New York State Council on the Arts hated it, writing letters to him explaining that it wasn’t classy enough. He said he read the letters and just put them away in a drawer, figuring that people would come around to his view sooner or later. Which they did.

John embodied faith, broadly defined; faith in himself and in his fellow artists. This is the fuel that powered his will. And what a will it was, able to conjure abstract vision into very real being. For years in the late 1970s and early 1980s he enthusiastically regaled anyone who would listen with his idea for putting composers in residence with orchestras around the country. We can only imagine how many dozens (hundreds?) of indulgent smiles or blank stares he had to suffer. What an improbable idea it was for a little nonprofit with a tiny budget…. By 1992—ten years, several million dollars, and one transformed orchestral new music world later—it wasn’t improbable anymore. It was obvious.

That was a big victory, but it wasn’t the only one. There was also the MTC commissioning program, the composer-choreographer program, the New Residencies program. So many new realities conjured, to the benefit of so many. Yes, that’s the thing: to the benefit of so many. No one I’ve met more exemplified generosity of spirit than John. He used the term “angelic spark” relating to people who helped others in the spirit of pure common service. The term fits him so well.

I feel sure that in John’s case the spark was inherent and inborn. Life experience just as surely brought it brightly to the fore. John cited a key moment during his naval service in the Pacific during World War II. As he related the story, his ship was attacked and a number of shipmates were killed. He and another sailor stood guard over the bodies through the night. In the morning, with a few Old Testament words from the ship’s captain, the bodies were slid into the sea. That stark demonstration of life’s fragility seems to have inspired in John a permanent commitment to make a difference, to live a life of value and of service.

Future years would determine the focal point of that service: composers. You could talk to John for only a few minutes before feeling the energy, the power, the almost talismanic specialness that he conferred on composers. In truth, John felt this way about all artists, but when he spoke of composers the magic was palpably electric. The more society could come to put composers to work, the more society would benefit. Composers were the greatest national resource imaginable.

And composers deserved to be paid like the professionals they are. John’s experience as a composer in a broad range of marketplaces gave him a tactile understanding of creators’ economic value. He was an Emmy-winning composer for TV with deep experience in music for the theater as well as the concert hall. He understood the worthiness of matching appropriate money to appropriate work, and his perspective generated the ethos of MTC, which raised the consciousness of subsequent generations. 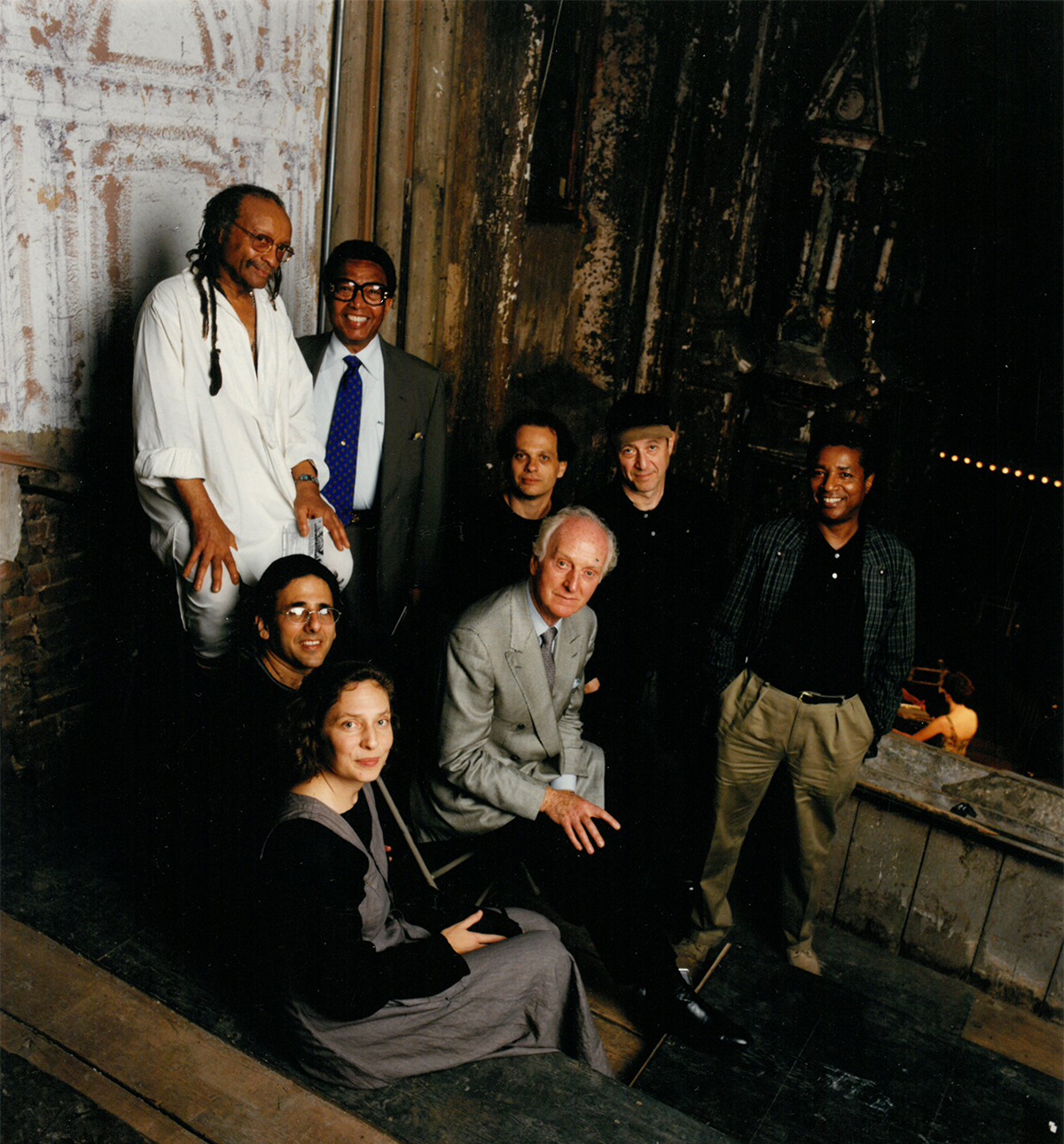 To artists given less than their due attention and appreciation by their culture, John’s valuation of composers, both figurative and very literal, was manna for the starving. Like an oasis, John’s championing leadership brought new life and new energy to a community of composers who felt like creative travelers crossing a vast desert. His vision inspired high hopes for what might be built, in fact built together, on the other side. My vaguely Moses-like imagery here is intentional. On a less cosmic scale, John’s positive vision commanded deep reverence and even deeper human attachments. The theologian Forrest Church wrote that although agnostic on the subject of life after death, Church was completely convinced on the subject of love after death. He believed the most profound measure of the wealth of our lives to be the love we leave behind when we die. By this measure, John was a wealthy man indeed.

So IS everything possible? No. Not really. If it were, John would still be with us, having fought back like a champ once again, overcoming the will of the misguided cells in his body. There are certain rules we can’t change. One is that people die. But John’s life leaves a resilient legacy, especially precious at moments when our courage and faith are tested. John reminds us that what’s possible goes way beyond the horizon we see, and maybe even as far as we dare to dream.

John Duffy was featured by NewMusicBox in October 2003. Read the full hour-long conversation John Duffy: The Composer as Statesman.