If the act of creation can provide solace even in the face of a tragedy as immense as this one, then it truly is a powerful undertaking, one to be treasured, as essential as any other thing that provides sustenance.

I don’t feel like writing anything this week, much less this column. Last Monday, a very dear friend of mine was murdered while returning home from choir practice, and ever since then, everything just feels wrong. 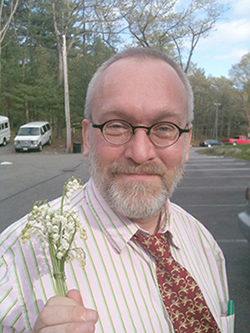 I feel most sorry for those of you who never had the opportunity to meet Peter Marvit, because he was one of the very best people I have ever known. Equal parts compassionate, funny, and intellectual, Peter was loved by an incredible variety of people from all vocations and walks of life. His outfits alone—which were based around Hawaiian shirts with obliquely matched loud, wide, and short ties—literally brightened up every room he entered, but belied the incredible depth of empathy and intelligence that he brought to all of his conversations.

A scientist by vocation and a member of the Baltimore Choral Arts Society, Peter was the best sort of music lover. He went to great lengths to seek out new experiences, and wanted to approach the most interesting art works on their own terms. No matter how obtuse and difficult the presentation, Peter was able to find the core values being expressed. I loved talking with him about his listening experiences because he generally would couch his opinions as the sorts of questions that would teach me to hear the music I love in new ways, and that often would drive me to reevaluate my own assumptions and biases. He also was the sort of friend who would trek from Baltimore to Philadelphia or New York to hear a premiere, where he would happily ensconce himself in the front row in order to concentrate deeply on the sounds with unwavering attention.

While I mainly want to hole up and to shut out the world until the pain subsides, I’ve been obliged to attend to those many aspects of my life that simply can’t wait. Classes need to be taught, meetings attended, and students advised, among the myriad other duties of my day job. In addition, I am finishing a piece that I must get to the player by the end of the month, and so I’ve found myself forced to sit down to face my own music.

I was quite surprised to discover that the only time that I’ve been at peace for the past week has been while composing. For me, this music that I’m writing appears to encompass the gamut of my emotions—the loss and also the fond memories of the friendship that was important enough to mourn the loss. At the moment, I’m finding that those things I am unable articulate in words can appear freely in the tones themselves. It’s possible that no one else will hear these sentiments, but the process of encoding them into this new work has begun my healing process. 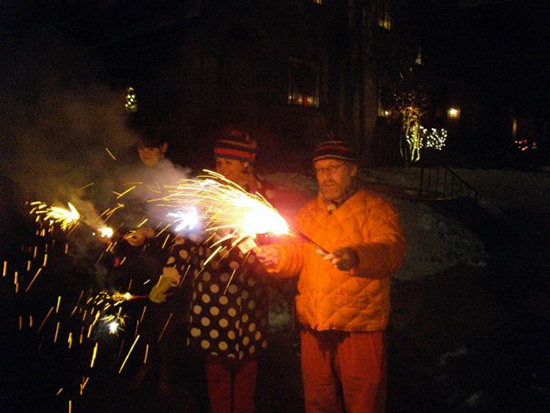 At times, my conservatory classes have segued into discussions of why we pursue music at the highest level and how this activity fits into society as a whole. We innately grasp the power of art or we wouldn’t be there, and yet it can be surprisingly difficult to describe the vise-like grip in which music holds us. As I search for my own answer to these issues, I no longer feel as though I’m groping in the dark. If the act of creation can provide solace even in the face of a tragedy as immense as this one, then it truly is a powerful undertaking, one to be treasured, as essential as any other thing that provides sustenance.