Surrounding ourselves with a diversity of people will help to make us smarter and more creative. Building it into our projects will continue to result in innovative works and better music. But that doesn’t mean it’s easy to do.

Conversations about diversity are happening everywhere these days. The changing face of America is increasingly bringing what used to be a dodged or back-burnered dialogue to the forefront of the national debate. The visibility of this issue has grown in recent years due to highly publicized police incidents, national grass-roots protest and advocacy movements, and the resignation of university presidents. Talking about diversity can be difficult and potentially fear provoking, and can often leave people feeling defensive, shamed, or angry. But the discussion is happening. In a recent @musochat Twitter conversation, Gahlord Dewald led a fearless and poignant exchange about diversity in new music. Without presuming to have any answers, I want to expand the dialogue and rearticulate the pressing need for us to cultivate an atmosphere of active diversity in our music and projects. Not just because we should but also because the studies are clear: people thrive when surrounded by others who are different.

As discussed in two recent articles—”Diversity Makes You Brighter” in The New York Times and “How Diversity Makes us Smarter” in Scientific American—studies routinely prove that groups that are infused with a diversity of cultures, thoughts, and disciplinary backgrounds outperform homogenous groups every time. The conclusions overwhelmingly suggest that surrounding ourselves with a diversity of people will help to make us smarter and more creative. I believe this paradigm transfers beautifully to music making and always has.

When we hear the word “diversity” most of us jump immediately to race. No doubt, supporting racial diversity is a serious and important issue—and many would place it at the top of the list. However, I just spent three years chairing a committee at my university to create a new cultural engagement curriculum to address historic patterns of inequity even more broadly and to help develop skills for living and growing in an increasingly more diverse world.

This goes beyond the color of our skin. We have massive work to do in areas concerning gender, sexual identity, and more. I think this is a brilliant opportunity for us all to grow. When it comes to music, we can continue to work to address these systemic issues in genuine and thoughtful ways and we will have better art for it.

But in our discipline, we can find the beauty of diversity in many other places, too.

Culture is distinct from race. Scandinavians raised in Nebraska see the world differently than those who grew up in Oslo. Asians from Idaho (me) are very different than those from China. In America, we often have cultural traditions rooting us elsewhere, and while those are often diluted over time due to assimilation over generations, these are important distinctions that I think should be highlighted, no matter how small.

Musically, this increasing interactivity means we have the whole of the world at our artistic disposal. An obvious music example from history is the effect Javanese Gamelan had on Parisian composers at the World’s Fair of 1889. Western European Art music instantly evolved upon encountering this ensemble.

The standard assembly of Western orchestral (or jazz/rock, for that matter) instruments is actually quite limited. If we open up our timbral palette to include the whole of the folk music tools and traditions of the world, think of the possibilities. I wonder what would happen if it became standard for guitarists to study the oud and violinists learned the huqin. Part of the study of these instruments would also involve understanding the intricacies of instrumental or vocal techniques, traditional melodies, and the delicate nuances of phrasing and style. But admittedly this is hard. For example, our challenge might involve finding a competent kora player and taking the time and energy to educate ourselves in writing for this instrument.

The diversity of styles and traditions across the world’s music offers rich possibilities. Tremendous precedent can be found all over music history. Think of what classical Indian music did for minimalism (not to mention the Beatles), or what Dizzy Gillespie’s interest in Cuban music did for early bebop and Latin jazz, Hungarian folk song for Bartók, Turkish music for Beethoven, and mariachi for Johnny Cash. 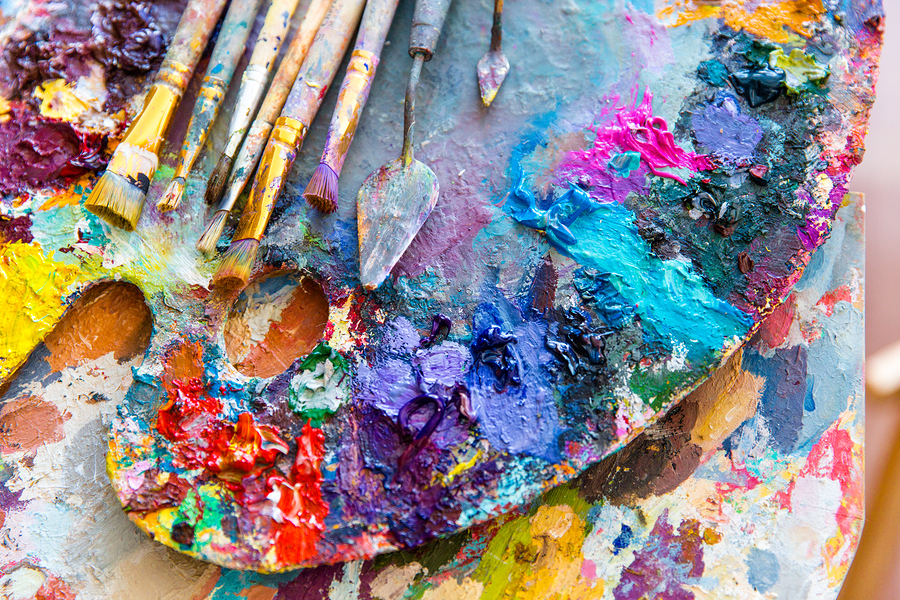 We can all think of a huge body of work that fits neatly in the genre boxes and helps to define a style, aesthetic, or a cultural population. Yet bending genre lines and borrowing from other styles has resulted in some of history’s most innovative work and most of my favorite music of today.

George Gershwin famously crossed from Tin Pan Alley and the “secular” popular song world to the “sacred” concert hall stage without losing his identifiably unique voice. His concert works are genre bending and I would argue that his opera Porgy and Bess is a seminal work of the 20th century and was created as a direct result of embracing diverse source materials—African American spirituals, popular swing, and European opera.

Miles Davis made a career of genre mixing by constantly searching for and borrowing ideas from those around him. In just a few examples, Kind of Blue (1959) uses a modal language that reminds us of Debussy, Sketches of Spain (1960) merges flamenco and jazz, and his groundbreaking work Bitches Brew (1970) explored the intersections between jazz, rock, and funk.

Examples of genre blurring and bending are everywhere, and while certainly not always successful, they are often key to musical innovation and creative momentum. Blues and boogie-woogie combined with country and gospel to create early rock and roll. Nirvana and Pearl Jam grew the 1990s grunge style by combining elements of punk, hard rock, and pop. Duke Ellington used his jazz vocabulary with Western European form in his elaborate suites and sacred concerts. The potential here is outstanding as we even have rock operas and such artists as Béla Fleck merging bluegrass with jazz, classical, and other world music.

Some of my favorite musicians working today are poised between genres or have created their own. One of my favorite composers, John Hollenbeck, writes for large jazz-based ensemble, the string quartet Brooklyn Rider commissions music from diverse composers from outside the classical academy (including Vijay Iyer and Ethan Iverson), and the vocal group Roomful of Teeth utilizes a wide range of vocal traditions and styles from all over the world to find a wonderful and unique sounds.

We musicians and composers can deliberately pursue a diversity of genre, sound, and thought. As an example from my own work, this past season the Universal Language Project commissioned Brazilian jazz musician Jovino Santos Neto to write a piece that merges his Latin jazz language with Brazilian folk music and the style and instrumentation of Stravinsky’s L’Historie du soldat.

In this way, we can create something new that is simultaneously intentional and unexpected.

Music and dance have been intimately tied from the beginning. Oddly, most musicians go through years of conservatory and academic training without any deliberate dance collaboration. Our Western European art music tradition is rooted in the baroque dance suite, and it would be inaccurate to tell the story of the evolution of jazz without talking about the music’s role in social dance.

One of the most obvious examples of collaboration is the amazing work of Stravinsky and Nijinsky. We simply would not have Le Sacre du printemps without this partnership and the confluence of these diverse artistic backgrounds.

Of course, the collaboration between music and other art forms music goes beyond dance. Think of the great partnerships involving lyricists and musicians—George and Ira, Rodgers and Hammerstein. And, while not directly collaborating, the mixing of words and music gave us Wilde and Strauss, and Shakespeare with everybody. A great diversity of multidisciplinary collaboration is possible between music and the other arts including film, theater, spoken word, dance, painting, and sculpture. We can go beyond the arts, too. John Luther Adams collaborated with science and the Earth itself for his instillation The Place Where You Go Listen, which makes audible real-time data from our planet and its weather patterns.

I wonder where else we could go.

Our medium is one of performance, and it is intimately and symbiotically dependent on our audiences. Throughout history, music has always been shaped by the intended audience—Haydn had Esterházy, Mozart had Emperor Joseph, Ellington had the Cotton Club, and Dylan had the Monterey Jazz Festival. Our music will sound different if it is intended for academia or a bar stage—and this is a good thing. Different audiences encourage us to create different music. We can learn and grow, and we are stronger for it.

It is, however, going to be up to us to figure out how to create access for all. It is a good thing to be actively courting a different and more diverse audience and to find a way to help bring them along in the artistic process. I get great encouragement from non-traditional audiences and feel that this is one of the key components of what music will be in the 21st century. The problem for us to solve is that it can be very hard to meet our expenses when we try and work outside established norms.

Finally, space matters. The choice of concert location and venue is paramount to encouraging a different interaction with audience. Experiencing a string quartet’s performance in my living room is vastly different than a jazz club, or a church, or in Carnegie Hall. We clearly understand this, as efforts to bring music to “where the people are” are well underway, but we can find ways to improve the experience for all involved and make it more sustainable while observing the utmost respect for the music.

Pursuing diversity in music is a winning proposition. All of the factors I mentioned above (and there are undoubtedly more) are important in growing new and good music. I am certain that actively, overtly, and happily building diversity into our projects will continue to result in innovative works and better music.

I do realize the built-in inherited privileges and acknowledge the obstacles in our path. I see that our fear of the unknown and the pragmatic difficulty of pulling new ideas together can often cause us to take the easy road. Ultimately, however, we should explore without fear and remember, as Alban Berg quipped to George Gershwin, “Music is music.”