Pull Up A Chair
NewMusicBox
Written By

Pull Up A Chair

A crucial element in this tangled web of gender disparity in the new music world (and many other worlds) is that women are not culturally encouraged to ask for things. The act of asking for something is an important way to pull up a chair and be part of the conversation. 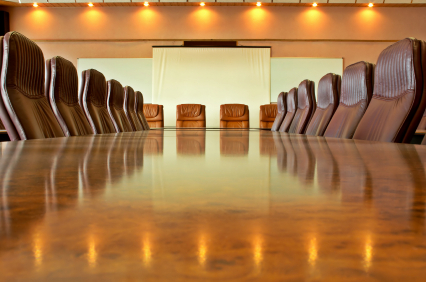 First of all, if you haven’t yet read Ellen McSweeney’s excellent article from yesterday, take the opportunity now. Thanks to Ellen and composer Reena Esmail, I decided pick up Sheryl Sandberg’s Lean In, and even though I’m just part way through chapter three, I see quite a bit in those pages not only of myself, but of so many other women around me. The information is not necessarily new, but it is presented in a clear, succinct manner that paints a remarkably accurate picture of the working world from a female perspective.

Conveniently, over the past couple of months I have also been connecting with a greater number of female composers than usual, partly by chance. Time and time again I feel both overwhelmed with pride for the amazingly talented women making music in our world today, and fantastically frustrated by the lack of recognition many of them receive. Some of that frustration, as Sandberg’s book neatly outlines, is due not only to external social structures, but also to the internal challenges that many women face on a daily basis. These matters are all so complex, and there are so many wide-ranging issues in play, that it is going to take a long time and a lot of people of both genders to continue improving the landscape for female composers and musicians.

The thought that keeps popping into my head as a crucial element in this tangled web is that women are not culturally encouraged to ask for things. In a professional setting, men, in general, tend to have little problem asking for whatever they want and/or need, while not only do women tend not to ask for things, they sometimes are not aware of all the things they could ask for, and as a result, don’t. To pile onto that, the very act of a woman asking for something is often perceived differently than the same request made by a man. This falls in line with Sandberg’s “likeability factor,” which points out that success for a woman causes her to be perceived as less likeable (the opposite is true for men). It’s perfectly natural for a man to ask for a thing, while if a woman asks for the same thing in the same way, she is more likely to be seen as self-serving, which counts as points against her. This seeps into myriad nooks and crannies of life, from negotiating salaries and composition commissions to navigating daily schedules, work habits, and personal relationships. A colleague recently told a story of a man who offered a position in his company to a woman. The man said, “I would have happily given her $X more if she had just asked for it.” It is notable that the woman did not negotiate, even when negotiation for job salaries is a cultural norm in the business world. However, had she negotiated her salary, it might have affected her employer’s opinion of her in a possibly negative way. It’s a messy, vicious cycle that needs to be broken somehow.

In the music world, I see and experience other women not asking for stuff all the time. And believe me, I get it—asking for things can be truly difficult. Often more than one try is necessary—that is true for anyone of either gender—when submitting grant applications or making proposals for creative opportunities. I have experienced situations in which asking for something for myself was almost physically painful! But the more you do it, the easier it gets. Recently I challenged myself to do some asking of a sort that I normally would not, and while it was by no means easy to do, the answers turned out to be yes! In fact there were responses like, “Oh! Sure, we can do that. Thank you for asking!” And really, even if the answers had been no, would that have been so bad? I don’t think so. Wonders can be wrought through the power of asking nicely.

Last week I attended a concert that included a work by a female composer whom I know personally, and whose music I think is exceptional. The ensemble had issued the invitation. When the composer and I spoke in person at the concert, this is how our conversation started:

Composer: “I’m so glad to see you! I was hoping you would come.”
Me: “Oh! You know you could have contacted me directly, right?”
Composer: “It’s just that I hate to impose….”

This sort of thing happens a lot. But I cannot think of even one instance in which a male composer has considered contacting me directly to attend a performance to be “imposing.” The guys are, frankly, all up in my face 24/7.

Similarly, the lack of asking here at NewMusicBox is very pronounced. Despite the fact that we are crystal clear about wanting to hear music by composers of both genders, are we flooded with CDs and emails from female composers? Quite the opposite. I would guess that over 90% of the recordings we receive contain music by male composers. In the almost three years that I have worked here, I can count with the fingers of one hand the number of female composers who have contacted me specifically asking for, well, anything that pertains to the music they are creating. And we are not the only organization for which this is the case. Several record labels have mentioned that they wish they received more CD proposals from women.

I honestly think that if every female artist—or every female of any profession—asked for one specific thing that they really wanted or needed, this could begin to shift our culture in a pronounced way. Sandberg writes in her book about the need for women to “sit at the table,” and the act of asking for something is an important way to pull up a chair and be part of the conversation.