To me, the weird division of labor between composing works and playing concerts puts musicians in a difficult position. Performers have become new music’s coerced mouthpiece of accountability. The student summer festival provides the clearest case study for this skewed power dynamic. 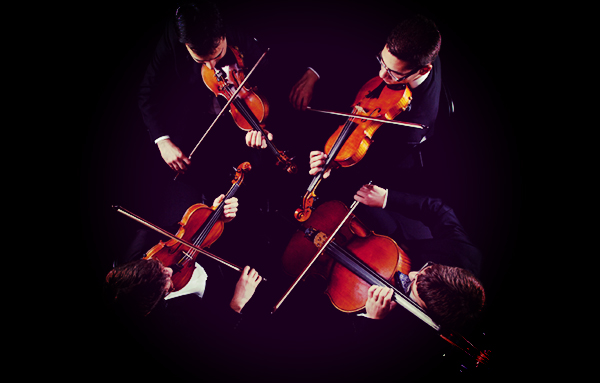 Last week, I talked about how new music shares its business structure with the academy. This economy runs by accumulating social capital; it builds complicated networks of people and distributes privileges among them. To keep growing, its economic body must churn out unsustainable heaps of new works and performances. This system compels constant productivity; its rhythm of overproduction overpowers any expression of quality. These overproduced goods, though, don’t arrive at concerts for sale – instead, they filter through concerts and emerge as recordings. In this form, musical products re-enter new music’s stock exchange of grants, residencies and other academic resources. Instead of an artistic end in themselves, concerts represent just one stage of a complicated, circular production line. Unlike in popular music, for example, new music sets aside an entire class of artists for the exclusive task of public presentation. Since concerts cost listeners time, money, and space, performing musicians alone are left to account for an audience’s investment. To me, the weird division of labor between composing works and playing concerts puts musicians in a difficult position. Performers have become new music’s coerced mouthpiece of accountability.
The student summer festival provides the clearest case study for this skewed power dynamic. I admit to gratefully experiencing many of the most profound musical moments of my life at such events. However, broadly speaking, student festivals exist to mill social capital. Applying and attending costs a significant sum, matching or exceeding what most undergraduate and graduate students might earn in a month. Students such as myself exchange money for futures – once I accumulate enough social capital, I have the opportunity to invest in better and better festivals.

Emerging composers buy into their own exploitation. Most festivals involve an anti-commission: composers pay to write a piece. From my experience, I’ve been assigned an average of two to three months between acceptance and arrival to write a work that I myself have financed. At the festival, these pieces receive their premieres under stressed and compressed conditions. One works with little rehearsal time and overtaxed performers to populate sprawling end-of-the-week concerts. Composers don’t care too much about these concerts, though. Instead, they invest their money and labor for something more economically substantial.
The student summer festival produces recordings, the commodities exchanged between festival trading posts. The live-ness of performance may wink out as soon as a concert ends, but its recorded objectification is hard and exchangeable. Student composers distribute these recordings with the hope of ensuring further performances, which get recorded and recirculate. Musicians traffic in recordings too, but because players themselves are the makers of sounds, they assemble recordings with greater autonomy. These commodities form the basis for public conversations with older, established faculty members. A masterclass is a formalized introduction, a site of exchange. Here, and at many other places within this system (with other students, with administrators, and with the name of the festival itself), participants trade in their recordings for social capital.
Festivals differentiate modes of labor: performers labor to play, composers have already labored to write. Both schedules are separated. This division of labor alienates performers from their work. Performers suffer through unsatisfying concerts, knowing that composers only appreciate their effort inasmuch as it can circulate as a standalone, exchangeable entity. Further, musicians undertake such staggering workloads, performing new and unfamiliar works, that they cannot possibly find the time or energy to express themselves as artists. The crammed rehearsal schedules designed by festival administrators prevent real composer-performer interactions. I think of this as an artifact of classical museum culture, treating living composers like long-dead historical figures. In exactly that way, composer and performer workdays tend to only overlap at such a late stage that a composer can’t possibly make any edits. Now, this pattern of behavior doesn’t only apply to the festival scene. The social gulf between composers and performers pervades the entire new music superstructure, from three-day university residencies to the highest order of orchestra commissions. The composer-performer discursive divide is perpetuated, if not caused, by the distributions of labor incurred by compulsory overproduction.

The student festival format affects young creative lives. It inures composers and performers to the rhythm of overproduction; it prepares them for the academic economics I discussed in last week’s article. It trains young composers to build commodities – to create works of similar length and duplicability, written during crammed timelines and with minimal conceptual and notational risk. It teaches young performers that music pre-exists performance and has nothing to do with concerts. One cannot separate festivals from the economy of new music, and I find myself in a similar position to last week, asking – “would new music, as I know it, exist at all without this infrastructure; is it desirable or possible to abandon it?”
If new music stays in the student festival, it ought to rethink its programming. These summer weeks should focus on composer-performer time – for example, they could consist only of lessons and discussions, with no compulsory concerts apart from whatever one might feel moved to do. Perhaps concerts might not be recorded, so that recording might not be performance’s end objective.  Recordings can happen elsewhere, in spaces designed for recording, such that the process doesn’t alienate performers from their labor. The idea of the recording-focused, lengthy, and premiere-oriented festival concert needs to change.

The overproduction of pieces and concerts injures performance practice. Because composers need more and more commodities to enter circulation, performers encounter an excess of new music. Many musicians have the discipline and training to keep their heads above water, but how can one think about artistry when performing piles of premieres? Quoting a young new music pianist friend of mine, “If I want to play new music for a living, I have to play all new music, including the music I don’t believe in.” He describes this process as one of desensitization, a feeling echoed by many young performers I interviewed. Performance quality suffers.  Last week, I described quality as the immanent necessity of a thing, its ability to supply its own reasons for coming into being. Overproduction hurts quality—it makes one act because one must, not because one needs to.  Overproduction makes one ignore quality—another young pianist described her festival experience as one of “train[ing] myself not to think about quality anymore.” I also know many performers who don’t think like this, who don’t have to, or who think around it, but the problem my friends pose is hard to ignore.

Of course, fatigue and desensitization don’t just result from a surplus of new pieces. Contemporary performance has to enter into real markets in ways that composition just can’t. Though it often seems like new music events consist exclusively of one’s peers, concerts provide the few and far between openings of the new music world to the outside. Performers speak to publics much more diverse and often much harder to convince than those found in academia. The performance infrastructure suffers from a more normative type of neoliberal behavior than the academic modality. One must advertise, sometimes with the music itself, in order to survive. Advertising is legitimation, it makes something appear necessary whether or not it is. Performance has the difficult task of dressing commodities made for private markets in the guise of public goods. New music happily accepts – its internal tautology persists.

I’ve outlined a social system as bleak and deterministic as it is ripe with exceptions and faultlines. I do sense that my dystopia of new music is neither exclusively mine nor completely inconceivable, particularly within the United States. However, no such system is absolute or objectively the case. Likewise, no musical score is essentially an instrument of capital, nor is any performance essentially a hopeless act of advocacy for a cold, dead thing. The absoluteness of this disciplinary divide is every bit as abstract and ideal as it is an institutional reality.

Glimmers of necessity inhabit even the most compulsory scores. Some composers exercise their agency in the margins. Many performers tell me that just knowing “where the piece came from” (why it was—not why it had to be—written) helps them sensitize themselves to it, helps them make their performance feel itself necessary. From, during, or after such conversations, a composer’s internal insistences might exceed their subconscious and enter the material of the work itself. Performers, too, should involve themselves – performers are artists! If a musician feels empowered, they should ask composers about quality, “What about this piece is important to you?” Most of all, players should exercise curatorial agency, they should look for and through composers for the reasons one performs. Concerts can be spaces for performers to truly make things of necessity. Concerts can be well-curated and intentional sites for public discussion. Concerts can be compositional ends in themselves. Through a stream of interleaved activity, necessity communicates itself forward, inward, and outward.

Next week I will finally devote an entire article to quality itself. As I write, this concept grows clearer and clearer in my mind. In the past few weeks, I’ve heard hundreds of conversations about musical quality, and I look forward to reporting the plurality of my findings.