Paola Prestini combines wild imagination and controlled practicality on an almost molecular level—it’s as if both are fused together in her DNA. Whether she’s talking about her own multimedia operas or VisionIntoArt, the interdisciplinary arts production company she co-founded 15 years ago, she tends to think big but she always manages to make it happen.

“We wanted something that, when shortened, would sound like a woman’s name—so VIA,” she explained when I talked with her last month in her Crown Heights apartment. “Then we liked the fact that ‘via’ was a street, a way to go. And we knew that it was to be a multimedia company; we wanted to really integrate new music with other forms, other structures, other disciplines. And so VisionIntoArt became a very perfect word for the kind of art that we wanted to help create and that we wanted to create ourselves.”

That was 15 years ago. Since then, VisionIntoArt has collaborated with Lincoln Center, the Whitney Museum of American Art, and the Brooklyn Academy of Music, as well as with a number of international festivals. One of the composers associated with VIA early on, Nico Muhly, became a phenomenon. Nora moved to Los Angeles and Paola became VIA’s sole director. Two years ago, VIA had a staff for the very first time. And after a decade of functioning as a presenter and a performing ensemble, VIA morphed into being predominantly a production company.
But that doesn’t mean there’s any less work for Prestini. VIA just launched a record label. And, in addition to running VIA, she is also the creative director for Original Music Workshop, a new performance venue that is scheduled to open early next year in downtown Brooklyn. And on top of that, of course, she’s a composer and is usually in the middle of several different projects at any time.
“We generally don’t have weekends,” she acknowledged. “I have certain days where I just write, a day where it’s just VisionIntoArt and meetings, and other days where there just are meetings for Original Music Workshop or my own compositions, etc. I balance it that way. It’s definitely not a hundred percent fixed, but it seems to be working for now.”

In terms of her compositional projects, she tends to think big. Her Oceanic Verses, which was showcased during New York City Opera’s VOX readings in 2010, blurs the distinction between opera and oratorio as well as various world music traditions. Aging Magician, which was presented as part of the 2013 PROTOTYPE Festival, is a cross between a music theatre piece and an art installation. Her latest opera, created in collaboration with Cerise Jacobs, is a modern retelling of the ancient Sumerian Epic of Gilgamesh.

But she plans to get back to writing more chamber music, which is what she was principally doing back when we first met each other. “I see myself taking some time off from the large-scale works and doing smaller-scale works,” she predicted. “Going back out and having that kind of inner play allows you to clear your mind and refocus and then want to embark on the large collaborations again.”

Paola Prestini has an uncanny ability to realize her goals, so no doubt she’ll find a way to make time for everything. 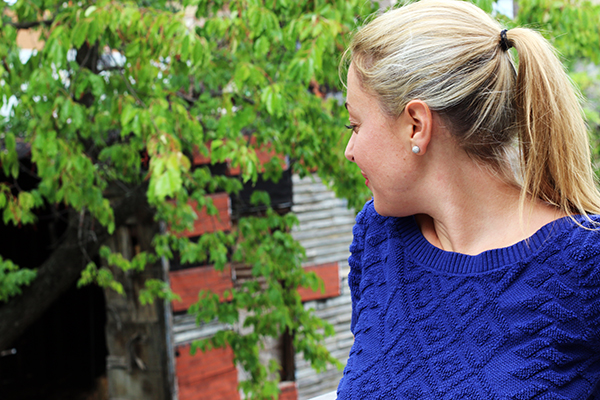 Frank J. Oteri: This seemed a perfect time to talk with you because this is the 15th anniversary season of VisionIntoArt and later this month you’re launching a record label, plus the Original Music Workshop, at which you’re the creative director, opens next year. So there’s a lot of stuff going on and I want to talk to you about each of them, and what you do in all of these different contexts, but before I go there, I’m so curious to find out how you balance all of that with writing your own music.
Paola Prestini: Well, it’s something that I’ve been working on for a while, to find the balance between all of those different activities. I found that the more regimented I am, the better I am at being able to achieve a sense of balance. So I have certain days where I just write, a day where it’s just VisionIntoArt and meetings, and other days where there just are meetings for Original Music Workshop or my own compositions, etc. I’d say that I have about four days a week of writing and the rest of the days are meeting days. I balance it that way. It’s definitely not a hundred percent fixed, but it seems to be working for now.
FJO: That means you don’t get a weekend.
PP: Yeah, we generally don’t have weekends.
FJO: You can schedule meetings to have on different days, but if you’re in the thick of writing a piece of music, sometimes an idea might come when you least expect it. If it comes on one of the non-designated composing days, what do you do?
PP: I found that when I’m on a deadline, I tend to focus much more on writing, and so I’ll assemble my schedule so that it’s much more about writing. But I’ve also become aware that I’m really flexible in terms of writing ideas down and then getting back to them. So it never feels like a do or die situation. I can pretty confidently get back into a state of flow. I’m also finding that I can balance one or two pieces at the same time, because the vocabularies are very different or they’re very different collaborations. It’s taken a long time to find this kind of flow for my flow, but it feels like it’s working out. 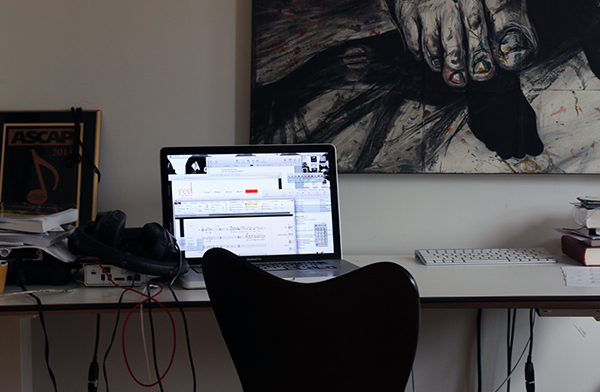 FJO: Once upon a time, the common wisdom was that in order to devote yourself to composing or performing, you had to clear other things away from your mind so that you could be pure in the pursuit of your artistry. But there really has been a seismic shift that has happened in our lifetimes where composers have become extremely entrepreneurial. There are loads of debates about whether artists should be entrepreneurs; we had a whole series of articles in NewMusicBox about that this summer which sparked a ton of commentary.
PP: Yeah. I followed them.
FJO: From the first day I met you, about 15 years ago, I got the sense that you were extremely entrepreneurial. For you, it doesn’t seem like there’s a separation between your compositional and entrepreneurial aspirations.
PP: I think that every composer draws their inspiration from many different places. And every composer most likely either teaches or mentors, or directs an ensemble, or conducts. You see this pretty regularly amongst all our peers. For me, the idea of producing and mentoring feels like a very natural extension of who I am. It never felt like I needed to explain that or hide it, or shy away from it, because these were natural properties that I wanted to develop and it felt really natural to mix them into my life as an artist. I like to say that in order to be a 21st century artist, of course you have to have talent, but you also have to have some kind of a mix of entrepreneurship and activism, and a desire to educate. More and more I think that you don’t have to have all these properties, because everybody’s different, but you do have to have some sense of consciousness in terms of your musical ecology, your peers, and what you can do to help affect your surroundings.
FJO: This seems to largely be a generational thing and also a very American thing which grew out of the way the arts are supported—or rather, not as adequately supported as we need them to be—in this country. But you weren’t born here.
PP: No, I was born in Italy and raised on the Mexican border, first in Nogales and then Tucson. But for all intents and purposes, I am American. I was raised by a single mother who raised me very much with American principles. I had an example of what it meant to reinvent yourself, to have a blank slate and create the world that you want to be in. I feel like those are very American principles, so I think that— because I grew up on a border and speaking different languages—what I had is a desire to constantly interact with different cultures and find ways to bring that into the musical world and the artistic world that I inhabited. So that kind of—if you want to say—openness, or desire to interact with other cultures, definitely comes, I think, from immigrating to this country at a young age and being a new American. 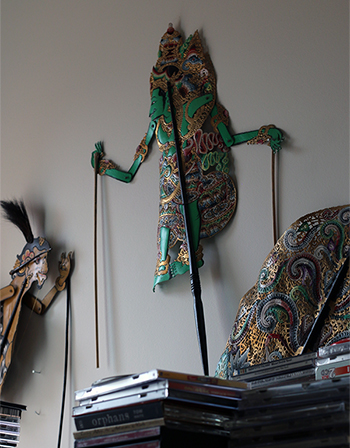 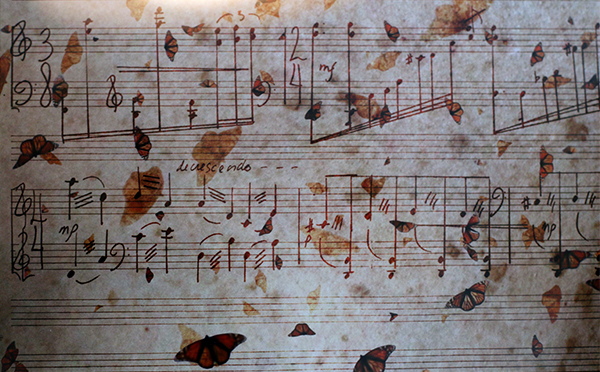 A score by Prestini that has been transformed into a work of art. 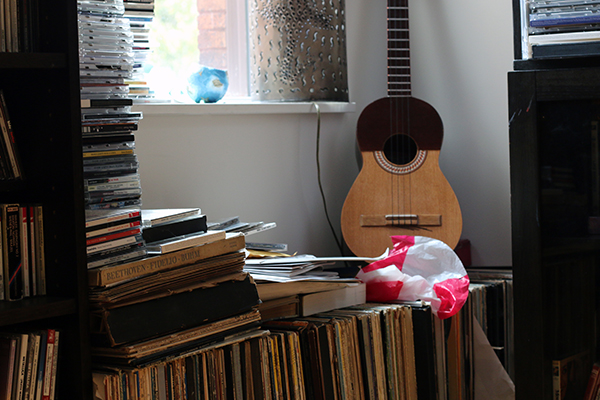