On the Met Opera Lockout

What lessons can we as fans, musicians, and members of presenting institutions learn from the Metropolitan Opera’s situation? Can we prevent this from happening in our home institutions? 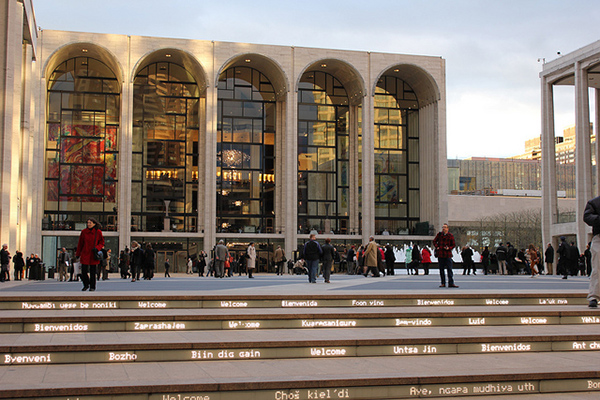 This afternoon, all hands will be together at the table, trying yet again to negotiate the Metropolitan Opera’s contracts for 16 unions. If the Met Opera does not sign the contract by Friday, they have pledged they will lockout workers. This means that from August 1 on, the Met’s management will refuse to pay workers or to let them work, only providing the minimum of unemployment and health benefits. Musicians and stagehands alike have been preparing for months for this, and now the moment is upon them.
The Met Opera’s dramatic tactic is meant to shake the workers into serious concessions regarding pay and benefit reductions averaging 16 and 17 percent. It will also have a profound effect on AFM Local 802, which counts the Met’s musicians as 20 percent of their income. Under these terms, the resistance is likely to be long and serious. So, it’s time for a showdown.
It’s really hard to resist placing this in a narrative of villainy, especially given the setting and characters. The media have largely portrayed this as a debacle of ego—general manager Peter Gelb, pseudo 1%er with his 1.8 million dollar salary and lavish production style, versus the musicians and many dedicated workers who shape the space they play into. (The workers run the Facebook page Save the Met, if you’re interested). What is missing here is the fact that Gelb is an emissary of the Met, the whole institution, and that he keeps talking about how he has to get the cuts so that the board and donors will be more reassured. If something’s rotten in the state, it’s got to be more than just the king.

The numbers don’t really tell us why the lockout is happening now. We’re talking about a deficit of $2.8 million dollars out of the Met’s $300 million budget, of which $200 million goes to the workers who make the Met what it is. Gelb said that the smallness of the deficit was deceiving, as it “could have easily been $20 million to $30 million if I had not been calling up our donors and getting them to fill the gap.”

Of course, calling up donors is his job, so it seems that he merely did his job. Is he suggesting that donors don’t want to support such base needs as workers’ pay? This argument doesn’t make sense since giving is generally up at the Met. What’s not up is investments and the pension portfolio, which means they need to be less risky about their asset management.

Another part of Gelb’s job is balancing the budget, which would imply figuring out what the fixed and variable costs are, and minimizing the variables first: a.k.a. production costs, overtime costs, and other costs directly related to his artistic vision. That he brazenly refused to do so amid the financial meltdown and the devaluing of investments is the number one critique leveraged at Gelb, and the thing the unions are focusing on in their negotiations, demanding $20 million in spending cuts rather than curtailing worker wages and benefits.

Someone has to be held accountable for the deficit—but who? It’s going to be the workers, says Gelb. Why should the workers do just as much work for less money? For the ideal great opera? For Gelb’s?

Labor is a fixed cost, unless it isn’t. A union contract is the surest way for workers to ensure that their earnings are accounted for in the budget. To attack such a cost is to attack the power of the union to secure fair pay and conditions at all. Gelb has said that “the short-term pain is something we’d have to live with in order to provide long-term survival,” but what seems to really to be at stake here is the long-term pain of concession at every contract.

A $104,000 base pay for a chorister at the very top of her game is not outrageous––it’s a solidly middle-class income for New York, and likely will go towards paying back years of debt accrued while slogging through the musical trenches of underfunded musical institutions. Met musicians aren’t even the best paid in the United States, if you take into account the cost of living: that honor would be the orchestral musicians of Los Angeles. Still, to kill the possibility of reaching this level is to kill the very dream of “making it” as a professional opera singer, or indeed, as part of the middle class. I doubt that is a reality the Met wants to usher in.

A lockout is like a management strike: Gelb thinks he’ll gain power by forcing the workers to stay idle. This one is timed by Gelb to interfere with the beginning of the season. He’s got to be betting that, come that ruined opening night, sympathies will lay with the impoverished noble institution rather than the greedy workers who would run it into the ground. Where have we heard this doomsday narrative before? Public school teachers? Unionized hospital nurses? It’s not a coincidence. 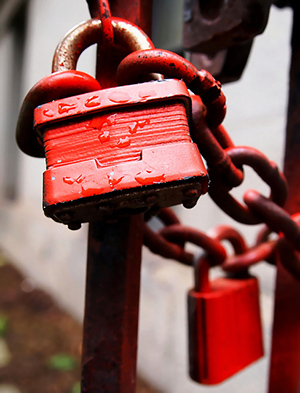 Of course the lockout will be toxic, as we learned from the Minnesota Orchestra and from the last Met lockout, in 1980. Subscribers flee, musicians flee, and the art suffers too. Whatever happens, a lockout will mean bitterness between the workers and Gelb. It will mean a division among the subscribers and donors, and worse, it will mean that other institutions may follow the Met’s hardline example. In other words, something rotten will spread beyond Denmark.

And then there’s that other part of Gelb’s job: presenting opera to a worldwide public, which is one big reason why new music fans should care. He makes decisions about what we hear. In 2009 Gelb told the New York Times that the economic crisis has “affected our endowment, it’s affected our cash flow, it’s affected our revenue streams. What we don’t want is for it to affect our artistic productivity.” But the following season, he replaced the Met’s 2009 revival of John Corigliano’s Ghost of Versailles with La Traviata. And while the focus of the recent cancellation of John Adams’s The Death of Klinghoffer HD broadcast was said to be because of its political content, new music fans cringed at the knowledge that the one work of the season by a living composer was being taken that much further out of circulation.
We as audiences are told that we have to accept this artistic and political conservativism until the crisis has passed, just as the workers are told that they have to give concessions so that the institution can survive. But the crises never pass, and the field of opportunity doesn’t just expand for new musicians or for workers. It’s a real fight to get the lost concessions, artistic or economic, back. Better to fight not to lose them.

What lessons can we as fans, musicians, and members of presenting institutions learn from this situation? Can we prevent this from happening in our home institutions? One of the things that I take away from it is that we have to think about the long-term health of the music institution as something we all have a responsibility for. Perhaps it means putting together an audience coalition that demands to review the books or the investment portfolio. Perhaps it means stating at each fundraising dinner that the workers are why we do this, or standing up after rehearsal to say that the season’s expenses are too high. Perhaps it’s about putting the community back in the budgeting process with something like participatory budgeting. Whatever it is, it is certainly about preventing conflict through responsible budgeting rather than fueling confrontation and demanding concession from those already most squeezed.