I’ve found this to be true again and again: get past the difficulty of starting by simply starting. How to do that looks different every time, so there’s no secret trick to it. The only consistency is that starting is the transition from merely thinking about composing to actually composing.

Let’s start: on July 1, 2007, I launched a podcast project called 60×365 for which I composed and posted a new one-minute composition every day for a year. In an interview with NewMusicBox at the conclusion of the project, I shared some early reflections about its impact on my creative practice:

One thing that excited me right away was knowing that this project would force me to compose a lot more. Making a new piece every day is a huge commitment. Like many of my colleagues, I was having trouble finding time everyday to sit down to compose at all. I had hit a mental block on a couple of projects and felt like I was stuck in a rut. 60×365 presented a way to try out some new ideas while developing some discipline and routine in my creative life.

Now, ten years later, my practice has further evolved. The experience gained from 60×365 continues to guide my work.

Imagine a blank sheet or a blank screen or the silence waiting for sounds.
Now imagine a composition that is nearly done, needing just one more idea.
Which is more difficult?

I think about productivity quite a lot, looking for ways to be more organized, more efficient, more motivated. I’ve read about and experimented with different systems (Getting Things Done, Personal Kanban). I’ve tried different apps (Remember the Milk, Trello, Habitica). Sometimes the systems and strategies work for me, and sometimes they don’t. Often they work for a while, then gradually fall away and the search for a new tool, a new hack, a new methodology begins. It’s easy to get lost in this search, using it as an excuse to put off the actual work. One must be careful with this search. It’s easy to get lost in the maze of contradictions and caveats:

Over time I have assembled a mashup of tools and systems that help me to stay organized and keep track of various projects and deadlines. Knowing what work needs to be done does not automatically motivate me to start working, however. A tidy to-do list does not help me confront the reality that the music I imagine composing is very different from the music I sketch at the start of a session.

So I keep searching and I begin to understand that what I’m really searching for doesn’t exist. I want to discover the magic combination of planning actions and productivity apps that result in an effortless efficiency in the face of creative projects. While certain combinations do make it easier to organize and track projects, no combination changes the reality that good music takes hard work.

There are two principles that I’ve developed to guide my practice. The60×365 project helped me identify these, and hard work since then has cemented them as foundational elements of my working routine. They are not focused on motivation or inspiration. They are not organizing principles subject to the whims of a given day. They are:

1) Start with anything and work from there.
2) Throw out anything that isn’t working, without prejudice.

The first principle emphasizes composing over thinking about composing. Thinking about the work is not the same as engaging with the work. The decision about how to start can get in the way. Starting with anything is better than not starting. I know how to work, and am not afraid to do the work once I’m in it.

The second principle supports the first. Being ready to throw out something that doesn’t work means that there is no wrong place to start. Every moment spent composing is a chance to learn more about composing. The more we learn, the better we become.

Allow me to illustrate with two anecdotes.

The biggest challenge of 60×365 was finding an idea for each day. Without an idea I was unsure how to start composing. Many days I had to use the basic constraints of the project (a one-minute electronic composition, due today) as enough to get started, and trust the skills developed over years of practice to create the finished composition. October 1, 2007 was one of those days.

There are many different ways to start. That day I started by going to the Freesound Project and downloading their “random sound of the day.” It was a hi-hat loop by John Scott. With no real plan, I loaded it into my DAW and poked at it in different ways until an idea began to emerge. After a number of experiments, I could see what the music wanted to be. At that point, I took a break to make an evening cup of tea. (This is part of my process, letting the subconscious mind take over for a little while.) When I returned, I knew what to do and worked to pull the whole piece together.

I’ve found this to be true again and again: get past the difficulty of starting by simply starting. How to do that looks different every time, so there’s no secret trick to it. Sometimes starting looks like the situation I just described: make a random choice and develop the music from there. Sometimes it looks like starting with something easy, or with something challenging. Different projects, different moments, require different solutions. The only consistency is that starting is the transition from merely thinking about composing to actually composing. 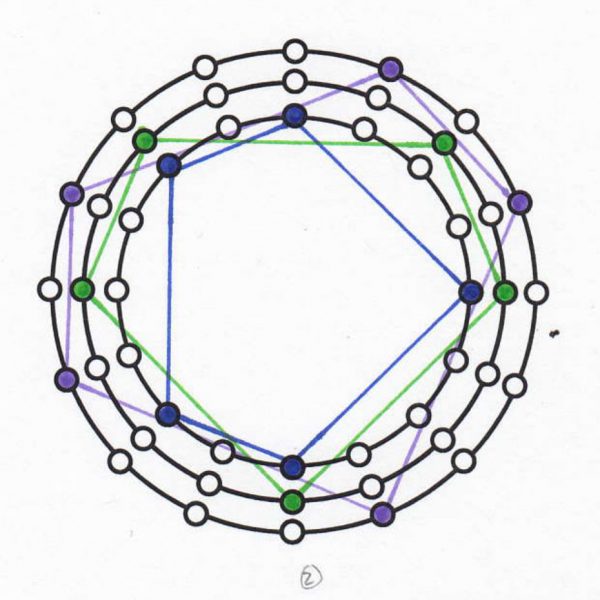 A little context is required for this next anecdote. In early 2016, I began to collaborate with composer Melissa Grey. We quickly discovered that we work very well together, in part because we approach the craft and discipline of composing in very similar ways, which includes our separate discovery and embrace of these principles. Our collaborative working method takes many forms, from improvising to drawing large maps by hand to composing side-by-side at one computer. This particular story of working with Melissa is about the creative freedom that comes from a willingness to discard ideas that aren’t working.

Recently, we were preparing for a major performance that would combine some of our existing music with new compositions. We had created a map and structural plan for the show and were working to fill in the details. On this particular day we had tasked ourselves with composing a short remix. We knew the constraints of the task: use the tracks of the source composition, sketch it in a single day to remain on schedule. There had been a brief conversation the day before about one possible idea. Because it was my turn to drive the laptop, I setup a new session and made a quick loop of a recorded voice as an approximation of our idea.

After listening, to it Melissa remarked that it sounded mediocre and derivative, which it did. We began to revise and adjust, looking for the way forward. Before frustration could take hold, Melissa looked at the clock and said, “Let’s give it another hour, then we’ll start fresh with a different approach.” That was a freeing moment for us. The pressure of dealing with this particular loop was taken away by the decision to set a time limit and then discard if it still didn’t work.

An hour later, we realized that we had eliminated the original loop almost entirely. The music before us was very different from the original idea. Several hours later, we had shaped and refined and polished the sketch into its unexpected and charming form. The willingness to discard the original idea freed us to follow the music as it developed.

In this case, there was no need to explicitly discard anything. The absolute willingness to start over allowed us to explore and experiment. There was no pressure to get the idea right at the beginning. We gave ourselves the luxury of discovering the right idea as we worked. This was a powerful moment. 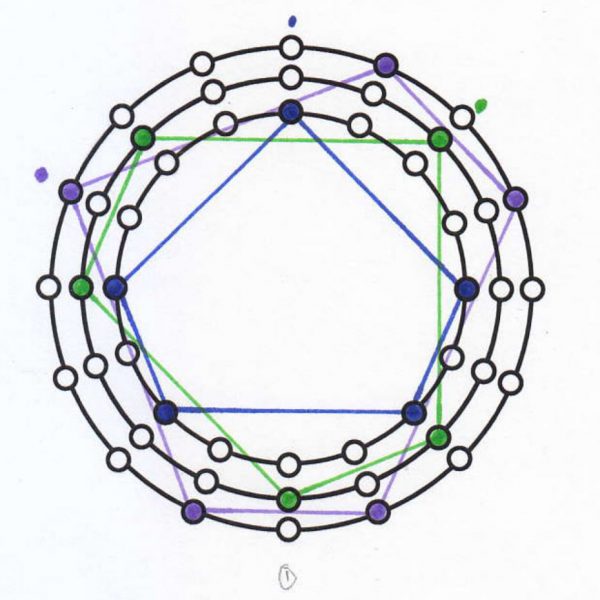 In economics, sunk cost is a cost already incurred that cannot be recovered. “So far, I’ve spent eight hours composing from the initial concept.”
The sunk cost fallacy is making a decision that too heavily weights the sunk cost against future benefit. “Even though the initial concept is not working the way I’d imagined, I can’t start over without losing those eight hours.”
Instead, consider: “I’ve gained eight hours of experience composing, and I can start over right now with the benefits of this experience to aid me.”

Here at the end, the goal is to compose, which is very different from thinking about composing or planning to compose or making a to-do list of all the bits that need to be composed. Start from anywhere, so long as you start. Be ready to throw everything away and start again. How you practice these principles will depend on who you are, and it will vary from day to day and from project to project.

60×365 helped me discover and articulate these principles. Collaborating allows me to continue refining them. Working well teaches me to work well. There is no shortcut around that reality. Embrace it: work hard and good work will follow.