For this installment of the NewMusicBox Mix, the intrepid New Music USA Staff has chosen some of their favorite tracks from 2012. 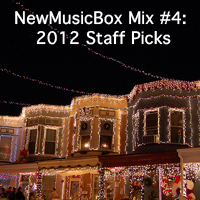 To finish out 2012 with a bang, the intrepid New Music USA staff has chosen some of their favorite tracks from the past twelve months for this edition of the NewMusicBox Mix. Directly below you will find a link to download a folder containing all of the mix tracks. In addition, each track is streamed separately on this page, with information about the recordings and purchasing links to encourage further exploration and continued listening.

These artists have very generously donated their tracks to this project, and we encourage you to support them by purchasing their albums and letting them know if you enjoy what you hear! 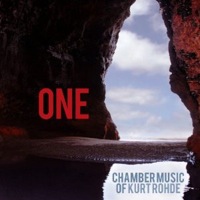 I like the sinewy energy of this movement, the surprising bits of beauty without narcissistic preening, the overall sense of a score assembled with maximum skill and economy—and a cast of solo and ensemble artists performing it all on this track with matching care and virtuosity. —Ed Harsh, President and CEO 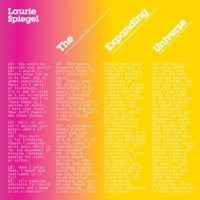 I chose this iconic track not only because Spiegel’s minimalist and analog electronic process and ambient aesthetic resonates deeply with my own, but also because this history is extremely interesting and an influence on much of the music I hear being created today. —Lorna Krier, Program Manager 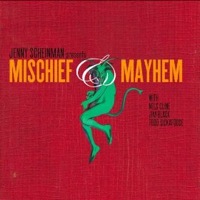 Jenny Scheinman, Blues For The Double Vee
Mischief and Mayhem

Jenny continues to inspire me with her ability to personalize diverse musical forms and idioms. In this track, Jenny invents a blues tune inspired by the great musicians who played the Village Vanguard (hence “Double Vee”) in its heyday, but that’s just her point of departure. With the backup of guitarist Nels Cline’s jazz-influenced rocking, Jenny explores a broad range of the violin’s harmonic and textural possibilities all in the space of 3:57. It’s quite a ride! —Ethan Joseph, Development and Administrative Assistant 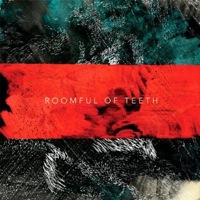 I first heard this piece on the group’s Kickstarter video. The whole album is great, and it’s definitely about time we had a killer vocal group like this. I come out of choral music, and I’m so excited to get edgy vocal music on this level. The piece pulls together different vocal techniques in a bunch of different sections, and makes me want to go back and write more choral music. Play the section 4:48 to 6:30 on repeat when you need to feel awesome. —Kevin Clark, Communications Manager 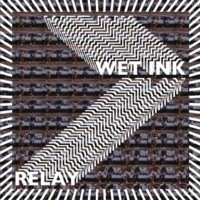 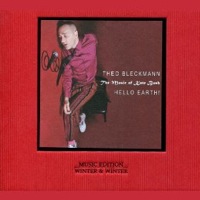 Kate Bush, watching you without me
Performed by Theo Bleckmann
Hello Earth! The Music of Kate Bush
Winter & Winter

Amazing storytelling from both songwriter and performer. 1 + 1 = 3. —Edward Ficklin, IT Projects Manager 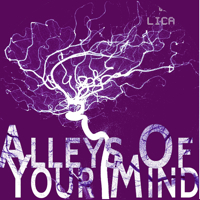 In 1981, seminal Detroit techno outfit Cybotron (Juan Atkins and Richard Davis) released an early single, “Alleys of your Mind.” Thirty-one years later, Alex Kotch writes his own “Alleys of your Mind,” at once a shout-out to one of his greatest influences, and a completely original refashioning of this and his other influences. There’s much I love about the original, and even more about Alex’s, which manages to bring together seemingly disparate elements into a work that speaks to me on so many levels. Plus, let’s just be honest here, it’s got three of my favorite things, all at once: a killer dance beat, a Meredith Monk-esque vocal line, and epic horns. You wouldn’t think it could work—but it does. —Clara Schuhmacher, Development Manager for Institutional Giving 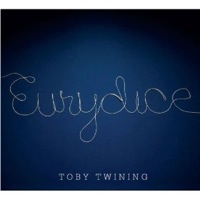 This is one of my favorite operas. The completely unique tonal journey Twining creates in Eurydice, from start to finish, yields an astounding emotional and musical experience that is, literally, breathtaking. “Orpheus at the Gates” is perhaps one of the most climactic moments of the entire opera, during which the aesthetic and harmonic resonance become most clear to me. In these minutes, the singers and cellist are able to so precisely embody the extended just intonation and creative vocal techniques that define the work, that I can’t help but feel I am standing in an other-worldly dimension with Orpheus, watching him open the gates of the underworld with his musical prowess. —Emily Bookwalter, Program Manager 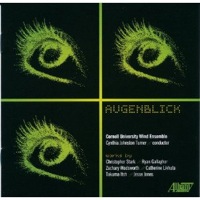 Two sound worlds that I always thought of as being light years apart are symphonic wind band and studio electronic music. But Christopher Stark’s 2008 Augenblick seamlessly weaves these realms together in ways that have made me rethink both of these idioms. —Frank J. Oteri, Composer Advocate and Senior Editor, NewMusicBox 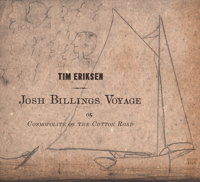 Tim Eriksen, Every Day is Three
Josh Billings Voyage or, Cosmopolite on the Cotton Road

“Every Day Is Three” offers an interpretation of the traditional folk tune “My Dearest Dear,” which contains such crushing lines as, “I wish my breast was made of glass and in it you might behold/Your name in secret I would write in letters of bright gold” and “If ever I prove false to thee, the raging seas shall burn.” Here performed alongside a striking bowed banjo accompaniment, the music sets the scene for a collection of songs that tell tales of grand love and epic voyages, tinted with all manner of cultural influences. —Molly Sheridan, Executive Editor, NewMusicBox