It seems like the entire audience problem debate stubbornly looks outward, asking questions about marketing, “outreach,” and accessibility, all the while carefully avoiding some seriously necessary self-examination. Instead of an audience problem, I think new music has a quality problem. 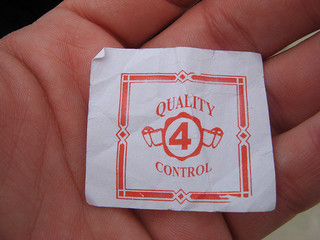 Whenever I come across a new music community post about the so-called “audience problem,” I think to myself: isn’t that a little entitled? What makes composers feel so deserving of an audience? It seems like the entire audience problem debate stubbornly looks outward, asking questions about marketing, “outreach,” and accessibility, all the while carefully avoiding some seriously necessary self-examination. Instead of an audience problem, I think new music has a quality problem.

I know this word might seem a little old-fashioned, conservative even, but its disappearance has left some still-unrepaired holes in our language. I’m not arguing for any sort of “objective quality”—it’s hard to defend black-and-white binaries after postmodernism. (Even those binaries one might put at either pole of a continuum.) Likewise, it’s fairly uncontroversial to say that quality is culturally constructed, and that its indices might change from generation to generation. However, though postmodernism afforded some suppleness and relativity, its norms were quietly and insidiously eroded by late-stage (or neoliberal) capitalism’s very objectivity-oriented standards.

The present antimodernism, at its outset so strongly critical of binary logic, has started to look an awful lot like its structuralist predecessor. Instead of good/bad, present mores yield to profitable/unprofitable or popular/unpopular.* Worse, because new music culture thinks it has left such binaries behind, it lost those rich discursive weirdnesses one finds orbiting around absolutes in an inabsolute world. Defensively, it lost the words to talk about quality and then, sadly, the energy to conceptualize its increasing fuzziness.

I hear the phrase “it’s a matter of taste” quite a lot. What a prohibitive position—it sounds like “our differences in perception present irreconcilable differences and we should stop talking now.” “Taste” and “quality” strike me as entirely different forces. Taste brings into the room all those alliances one makes with the world, the ways one forms an identity. Of course, I don’t really have control over my taste—I inherit it generationally, biologically, culturally, from role models and archetypes, and from social and political modes of control. I can, however, establish some critical distance between myself and my taste. If I can’t, if I am unable to separate myself at least a little bit from the things I identify with, then I must live in some kind of agenciless misread-Foucauldian nightmare. Quality means something different, something exactly about the agency one exercises between oneself and one’s identity. I can think of few things more subjective than this space, but at the same time I think it’s possible and important to talk about it.

Another prohibitive conversational barrier comes in directives to “focus on one’s own work instead of interfering in others’.” I find this particular rhetorical strategy absolutely incompatible with the way most composers justify their existence. If I tell myself, constantly, that my musical work is incredibly and unquestionably socially important, why is its content inconsequential? Like “it’s a matter of taste,” this also invites a conversation about agency. I believe that music wields its own power, separate from the human agency of its composition and performance. Because music affects people, albeit invisibly, the new music community must find a way to meaningfully address the responsibilities of composition, performance, and curation. As I see it now, the greater community I cherish lacks any mechanism of accountability—it proliferates discourse, tirelessly circulating around the unfalsifiable idea that subjectivity somehow means incommunicability.

Quality is an urgency and an intensity, a compositional concern and a social language to address it. Surely we can speak of musical necessity without reverting to old and bankrupt black-and-white. I will write three more posts for NewMusicBox, increasingly attempting to open doors to a “discourse of quality”—a mode of talking, abstractly, weirdly, about our musical agencies. Next week I will address elitism, power, and the broader structural impediments to music-world conversation.

Note the quiet reintroduction of objective metrics, posed in the guise of postmodern flexibility, when it comes to evaluating art. 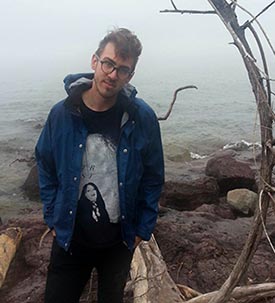 Marek Poliks (b.1989) writes chamber music at Harvard University, where he works towards a PhD. His music mines for expressivity in threadbare spaces, exhausted resources, and absolute vacuum. He studies with Chaya Czernowin, but recent primary teachers also include John Luther Adams, Rick Burkhardt, Roger Reynolds, Steven Takasugi, Hans Tutschku, and Amnon Wolman. Prior to this, he undertook the majority of his education with his mentor Josh Levine at Oberlin College and Conservatory.