Young people who want to compose or perform new music often don’t have a clear way to gain educational experience, but several organizations in Missouri are working to change that for local students. 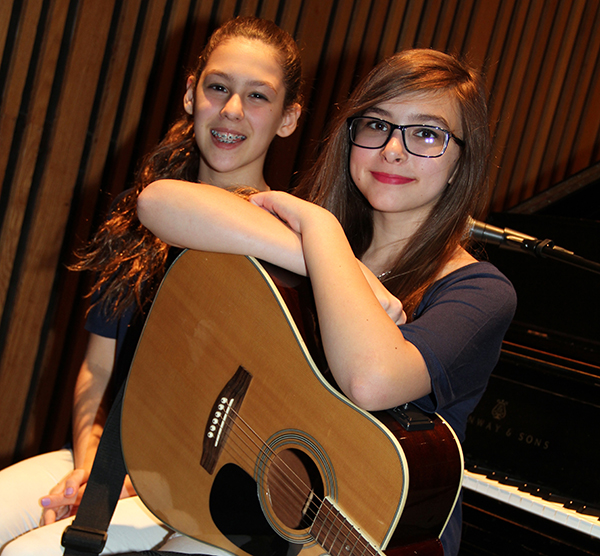 Though becoming a composer or musician is a long journey, students who want to learn classical music or jazz at least have a well-defined path to follow. Take lessons on an instrument; join an ensemble or two at school; supplement that with additional performance opportunities in church, a community band or orchestra, and whatever else might be available; and a young musician can get familiar with basic concepts, techniques and repertoire in an orderly and systematic way.

While only a few may follow that path all the way to become professional musicians, many others will stay on it long enough to become the sort of adults who listen to jazz or classical radio, purchase concert tickets and recordings, and so on. Small wonder, then, that classical and jazz organizations of all sorts have gotten involved in education in a big way.

In contrast, for a younger student who wants to compose or perform new music, the path seems much murkier, or even non-existent. Until they get to college, most young musicians simply don’t get a chance to work on much contemporary music, and performance opportunities for the work of composers younger than 18 also are comparatively rare.

With music programs in many school districts already operating on tight budgets, most don’t have the resources to expand beyond what they’re already doing. But here in Missouri, educators and musicians have been developing some new ways to cultivate the composers and new music performers of the future.

The first effort is part of the Mizzou New Music Initiative (MNMI), an array of programs at the University of Missouri’s School of Music intended to make the school a center for the creation and performance of new music. While most of the Initiative’s programs are for undergraduate and graduate students at Mizzou, it actually began nine years ago with the Creating Original Music Project (C.O.M.P.), a university-administered statewide competition for student composers from grades K-12.
C.O.M.P. is open to public, private, parochial, and home-schooled students, but each student who applies must have the signature and sponsorship of their school’s music teacher. Not-for-profit groups, such as community agencies, churches, and after-school programs, also can sponsor entrants in partnership with the school music teacher, as can private teachers and other musical mentors.

The students’ work must be original—no arrangements or improvisations based on existing pieces—and teachers and/or mentors may only assist students in notating or recording the pieces.

Students in the elementary school division (grades K through five) can submit works in one of two categories, Songs with Words and Instrumental. For middle school students in grades six through eight, the categories are Fine Art Music (which includes work for string quartet, piano solo, solo instrumentalist with accompaniment, and similar) and Popular Music (rock, country, folk, hip-hop, alternative, etc.).

The high school division (grades 9 through 12) also has Fine Art Music and Popular Music categories, and adds one for Jazz. (There’s also an “Other” category, though the judges—faculty members from the School of Music—can move a work to another category at their discretion.)

Composers of the top three works in each category win plaques and cash prizes for themselves and their schools, and are invited to perform their work (or have it performed, if an ensemble or additional instruments are required) at the C.O.M.P. Festival, an all-day concert held on a Saturday in April on the Mizzou campus in Columbia.

Hearing their works performed in concert is an exciting opportunity for the kids and their parents and teachers, and the event and the awards provide some strong positive reinforcement for their creativity. For the past two years, the concert audio also has been streamed live on the internet via the School of Music’s website, allowing friends, relatives, schoolmates, and neighbors who couldn’t make the trip to Columbia to hear the performance. 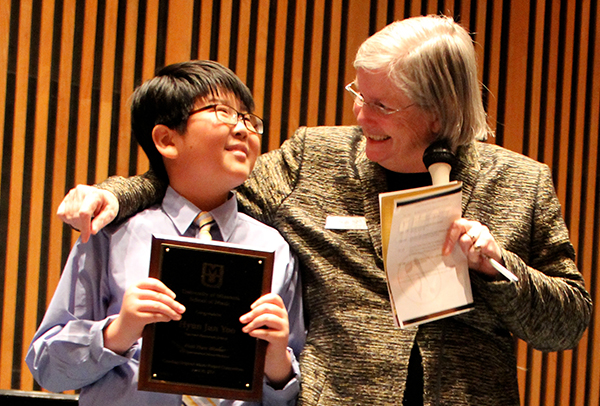 Many of the high-school age winners then go on to attend the Missouri Summer Composition Institute (or “C.O.M.P. Camp”), which is open to students entering grades 9-12 and entering college freshmen. Students who wish to participate must submit scores of original works, and a total of 16, split into “advanced” and “intermediate” divisions, are invited to participate in a week-long program held on the campus in June.

C.O.M.P winners who are selected can attend the program free of charge on scholarships designated for that purpose, while others pay a $100 fee for the week. While they’re at camp, the students get composition lessons from Mizzou faculty and graduate students, participate in various other enrichment activities, and compose a piece to be premiered at the end of the week by a resident ensemble.

Meanwhile, a couple of hours to the east in St. Louis, a joint project between the new music ensemble Alarm Will Sound and the Community Music School of Webster University is giving student musicians ages K-12 the opportunity to learn about and perform the work of living composers, experiment with extended instrumental techniques, and more.

AWS, nominally based in New York though the members live all over the country, has been coming to Missouri since 2010 to serve as the resident ensemble for the Mizzou International Composers Festival, which is held each July as the signature event of the Mizzou New Music Initiative. In 2012, with funding from the Sinquefield Charitable Foundation, which also funds the MNMI, Alarm Will Sound began offering a “St. Louis season” of performances at the Sheldon Concert Hall and other venues.

Then in 2013, select members of AWS began coming to St. Louis in between concerts to work with students at the Community Music School of Webster University, which offers a variety of music classes and lessons for students of all ages on Webster U’s campus in suburban Webster Groves.

AWS oboist Christa Robinson, who had experience teaching elementary school students, worked with the CMS faculty to develop a curriculum for a series of monthly sessions designed to accommodate 12 to 15 students.


At the end of the year, the CMS students, who ranged in age from 7 to 17, joined Alarm Will Sound for their final concert of the season at The Sheldon. They performed Steve Reich’s Clapping Music side-by-side with AWS musicians and on their own presented John Adams’s Short Ride In a Fast Machine, Elena Kats-Chernin’s Fast Blue Village 2, Vinko Globokar’s Laboratorium, and David Biedenbender’s Schism, which was written originally for AWS to perform at the 2011 Mizzou International Composers Festival.

The program has now been formalized as a regular class that will meet every two weeks beginning this fall. Alarm Will Sound members will continue to come to St. Louis once a month to teach the group, with CMS instructors using the alternate sessions to answer questions, review concepts, and practice techniques and repertoire.

In a couple of years’ time, the goal is to have what AWS Managing Director Gavin Chuck calls “Alarm Will Sound Jr.,” an ongoing new music ensemble coached by members of AWS.  In addition, this year Chuck and Robinson also plan to get the CMS students playing some works composed by past and present C.O.M.P. winners, tying the two programs together and giving the student musicians and composers the opportunity to develop peer-to-peer relationships.

While C.O.M.P. necessarily is a work in progress as well, it’s an encouraging sign that two past winners of multiple C.O.M.P. awards now are on full composition scholarships at Mizzou, taking the next steps on a path that could lead them to careers in music. While there’s no way to know exactly where they and their peers will end up, these two programs at least have helped get their journeys off to promising starts.