In the world of new music, curating is mostly a word we’ve usurped for use in funding applications and marketing materials. We use it because it sounds better to say someone (or a number of someones) “curated” a concert rather than “chose the pieces we’ll play.” But this is a myopic view of what curation can be. 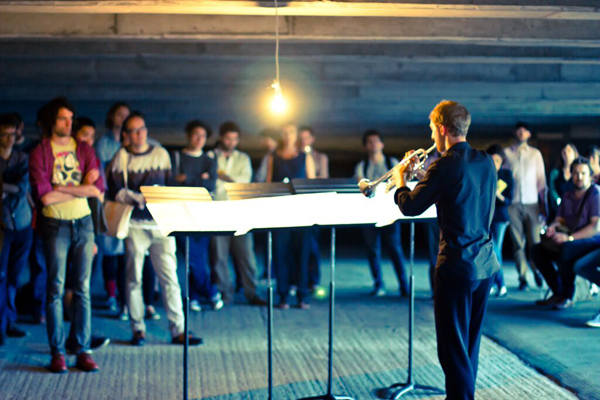 (all photos by Aaron Holloway-Nahum)

At a time when the definition of curation is expanding rapidly, stretching from professionals in galleries, to curating your Google profile, to “tossers making a cup of tea,” there remains a lack of genuine curators and curatorial thought in the field of new music. While, historically, the curator was the person at a museum in charge of caring for that museum’s collection of artwork, this has only been a partial description of part of the profession for some time. Now, art curators are often at the forefront of enabling creative innovation and audience interaction. In the world of new music, on the other hand, curating is mostly a word we’ve usurped for use in funding applications and marketing materials. We use it because it sounds better to say someone (or a number of someones) “curated” a concert rather than “chose the pieces we’ll play.”

We’re not alone in this. For example, in his recent essay on curating the Southbank Centre’s Meltdown Festival in the New Statesman, David Byrne focuses his many-faceted discussion entirely on the process of selection. The emphasis on choice, he argues, is down to the ubiquitous access we have to, well, everything: “Where to find, amid the glut, what is right for us? How to separate the music from the noise?” In this situation, Byrne argues that what the expert curator—as opposed to an impersonal Facebook algorithm—brings to the table is surprise:

What is the value of the information brought back by the bee that is willing to explore an unusual flower? The value of encountering an idea, an artist or a writer outside the well-trodden and machine-predictable paths? I would never call myself an expert but my point of view and experience, being a wee bit outside the norm, are a little more biased, skewed, pre-edited and peculiar that what those herd-based and algorithmic services come up with.

Curating can, of course, include the organization, discussion, and presentation of music, and our field is not lacking in the area of having all manner of experts—from musicians to musicologists to critics—select works for programming. While it would be great if this were more often informed by a systematic and thorough research of the repertoire, the real problem is that this is a myopic view of what curation can be. If we look up from Facebook and glance at the world of contemporary art, we see a curatorial practice and theory that has developed around individuals working closely with actual artists to enable them to manifest their intentions in the optimal possible form and then bringing the result to an audience in the optimal possible way.[1] Here, for example, is curator Hans Ulrich Obrist recounting advice he received when starting out:

[Alighiero] Boetti told me that if I wanted to curate exhibitions, then I should under no circumstances do what everybody else was doing—just giving the artists a certain room and suggesting that they fill it. What would be more important would be to talk to the artists and ask them which projects they could not realise under existing conditions…He mentioned that a young curator could find great value not only in working in a museum, a gallery, or a biennial, but also in making artists’ dreams come true.[2]

Notice, here, that Boetti is not simply speaking about creating more of the familiar opportunities for artists. This is not a complaint that there are not enough commissions or tenure-track teaching position for young musicians. No, here Boetti is advocating that—to be of real value—the curator should be someone who allows the artists to expand the very horizons of the art form. Obrist has followed up on this advice throughout his career by asking this question in each of his interviews, and even running a project, The Agency of Unrealized Projects, based entirely around them.[3] 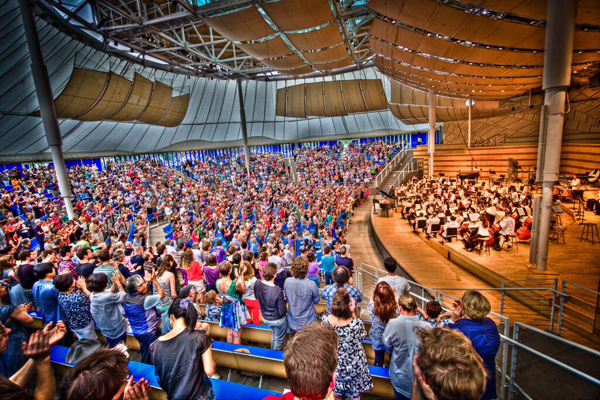 Of course it is not that these things don’t happen at all in the field of new music. Festivals, in particular, are places where the artistic director can sometimes embody this role. Normally, though, it is down to the musicians (performers, ensembles, and composers) to come up with their project ideas on their own, and then the game becomes one of tracking down funding. This process is not one of collaboration, but of application. The very site this writing appears on, of course, represents one of the few places any young American ensemble or composer can come with just about any dream of a project and find the possibility of funding, along with a platform to reach an interested audience. In the U.K., the new music organization Sound and Music has a similar mission and is primarily focused on helping composers to imagine and create new and exciting work.

There are problems, though, when the role we are talking about is divided up like this. Funding organizations are themselves fundraisers, and their money is normally secured and then offered with some constricting vision of the work it will eventually create. This places constraints on the art form when the newly imagined project does not fall into old models of thinking. Moreover, it is very difficult to have a collaborative artistic relationship with an organization. While the president, CEO, or head of programs will certainly come to know some musicians well, funding organizations often have a remit that requires their resources—both financial and personnel—be spread in an even and (as far as possible) fair way among a huge array of artists.

On the other hand, when you look at curators in the world of art such as Kirk Varnedoe, Okwui Enwezor, and Julia Peyton-Jones, you see that these are people who did far more than funnel money to artists with ideas: they themselves made commitments to certain ideas and artists and then, through their close and intimate relationships with those artists, helped inspire and shape the work being made.

With this in mind, in a series of three musings to follow, I’d like to consider some of the things our community could learn from the contemporary thought and practice of curation. How can this vision of curation impact the activity of performers and ensembles? How could it reshape the role of composers and expand the idea of community among them? Then, in the final post, I’ll be focusing on—and looking to gather from you—unrealized projects. For now, I leave you with Juliet Darling’s A Curator’s Last Will and Testiment, made for curator Nick Waterlow after his death in 2009.[4]

3. There is also the artist-run web platform, established by Sam Ely and Lynn Harris in 2003.

4. A summary of the events surrounding Waterlow’s death and the subsequent creation of this video can be found here. 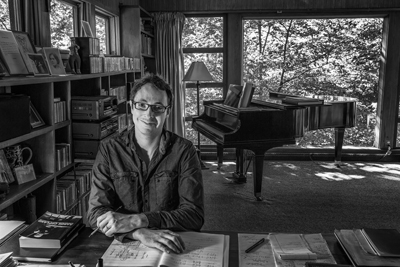 Aaron Holloway-Nahum is a founding member and the Artistic Director of The Riot Ensemble in London. He has recently written pieces for the BBC Symphony Orchestra, Aspen Contemporary Ensemble, and Atea Wind Quintet, and is currently writing an Opera based on the true story of Donald Crowhurst with librettist Peter Jones, along with a piece for the HOCKET piano duo . Aaron was the Polonsky Fellow at the 2014 Aspen Music Festival, and will be a composition fellow at the Tanglewood Music Centre this summer.