Has an experience with music ever helped you to better understand or appreciate an idea, a realm of knowledge outside of music itself, or some other aspect of life? Have you observed this happening for others? What elements of the musical content and/or its presentation do you think made that experience particularly effective? 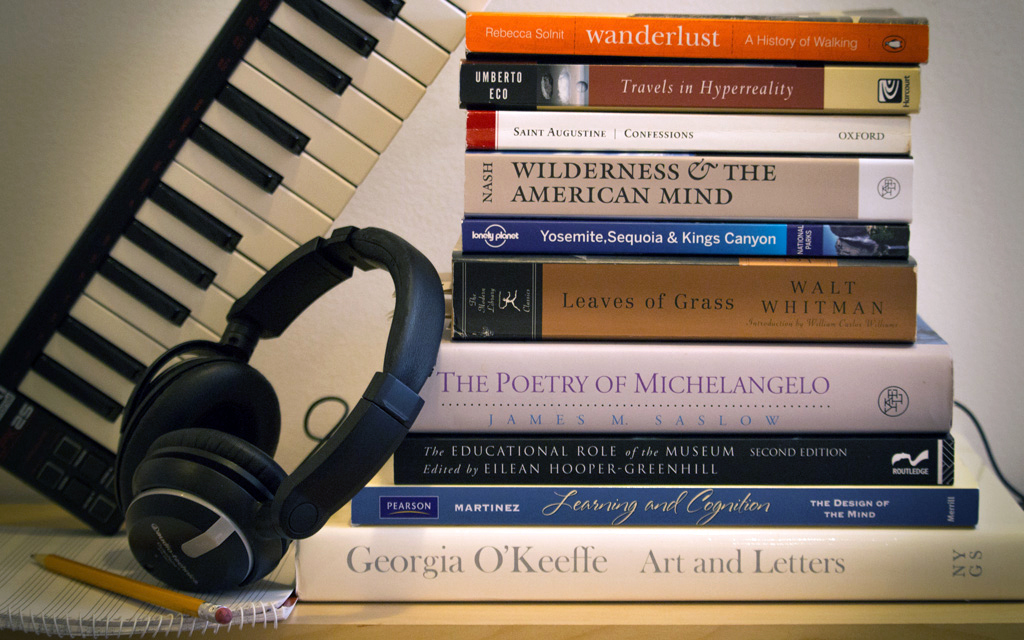 Tools of the Trade. Photograph by Nell Shaw Cohen.

Poetry. Physics. Sculpture. Politics. Economics. Television. Botany. Weather. Through music in its myriad forms, composers have illuminated ideas drawn from these topics and countless others. In such works, listeners are provided with emotionally impactful learning experiences that may live in their memories long afterwards. And, by interpreting music through ideas, listeners may even have experiences of this music that are more enriching, rewarding, and personally meaningful than they would have without extramusical context to engage with.

In my four-part series of articles, I’ll be exploring some of the possibilities for creating new music as a catalyst for learning. I’ll seek to demonstrate why the connections between music and learning shouldn’t only be a topic of interest for scientists or educators, but something that composers, performers, and presenters should acknowledge and, in some cases, actively apply to their work.

To begin, some overarching premises and principles regarding new music for learning:

Emotion and learning are intimately and integrally connected. Cognitive scientists have defined “learning” as the process of committing new information to long-term memory (see Mayer’s Cambridge Handbook of Multimedia Learning). According to the research of Gordon H. Bower, among others, emotions can help us to create and reinforce long-term memories as well as aid in recollection. Schema theory (developed by Bartlett, Minsky, and Rumelhart) describes how these long-term memories constitute our individual and collective knowledge, conceptual understanding of the world, and the very formation of our identities and perception of what is meaningful or relevant to us.

Music can evoke strong emotions and create indelible impressions, which are closely attached to the context of music’s hearing. Anyone who enjoys film, TV shows, or opera, for example, intuitively knows that music can cause one to make strong emotional connections to narratives, characters, and places, or form powerful associations with concepts and ideas.

The importance of emotion in learning, and music’s emotional impact, are two of the key reasons why I think that music has enormous potential—a potential that, I would argue, hasn’t yet been fully investigated by musicians—to facilitate and catalyze learning experiences. (I refer here to “learning” in the broadest sense, not restricted to academic education.)

I propose an approach to creating new music for learning, which is distinct from the established strategies for integrating existing repertoire and concepts from music into conventional forms of education. Certainly, much work has been done within music education itself to explore the manifold benefits of music making for learning and many aspects of personal development (e.g., the inspirational achievements of El Sistema). There is also a strategy in humanities teaching of bringing historical music into interdisciplinary curricula to provide deeper context to historical and cultural study (e.g., listening to an excerpt from Der Freischütz as part of a curriculum on Romanticism). Then there is, of course, the traditional function of song as a mnemonic device (“The Alphabet Song”), or even the use of acoustical phenomena as a tool for conceptual understanding in math or physics (my personal favorite example: the 1959 Disney film Donald in Mathmagic Land). Not to mention the centuries of music created for spiritual education within worship contexts.

While I do not question that the above may be effective and worthwhile educational strategies, I’ve personally been most compelled by questions and imperatives speaking more directly to composers, performers, and advocates for new music. What kind of musical experiences most effectively facilitate learning? What can we do, through the composition and presentation of new music, to work towards this goal? In what ways can listening to music make extramusical concepts more meaningful, memorable, and relevant? Conversely, how does extramusical content help the audience to form stronger connections to the music? And, taking a step back, how can the above help us to make better music overall?

The Impact of Context on Hearing

Some readers would probably debate whether it’s even possible for music to contain intrinsic meanings or associations beyond music itself. My personal theory is that experiences of music are entirely subjective and will inevitably vary on a person-to-person basis, but that there are concrete approaches—to the creation of the music itself, as well as its context of presentation—that composers, performers, and presenters can take to provide compelling opportunities for the audience to make rewarding connections between music and extramusical content. All of this requires a certain degree of attention and participation on the listener’s part, of course, but I think that artists and presenters bear the burden of responsibility to make such experiences readily accessible to a willing listener.

Many associations can be evoked through the application of certain musical devices (think Beethoven’s “Pastoral” symphony or Strauss’s tone poems). Along those lines, I’m personally extremely interested in using purely musical elements such as form, timbre, pitch, and rhythm, to evoke a sense of “place.” But consider also the way in which merely the title of a work can affect its hearing. Extend that effect to the many aspects of music’s presentation—the performance venue; text presented in conjunction with music, whether through speech, or digital or printed media; the visual components of the performance; experiences provided directly before and after the music; and so on. You might begin to imagine the impact that an alliance between artistic intention, musical content, and context of listening can have to bring forth images, ideas, associations, and narratives for listeners—even in the case of music that may be purely instrumental and lacking an overt program.

Members of A Far Cry perform Cohen’s The Course of Empire for string quartet at the Peabody Essex Museum in 2011. Photo by Nell Shaw Cohen.

For example, on two occasions I’ve sought to enrich audiences’ appreciation of a series of paintings through the presentation of concerts in museums where the artworks were on display. These concerts, which featured chamber music I’d composed inspired by the paintings, were presented in the context of: a brief speech I gave introducing the music’s connection to the art; a printed program note; video interviews with museum curators about the art, clips from which were screened as part of the program and/or provided on a mobile-optimized website created for the event; images of the paintings projected onstage during the entirety of the performance; and, of course, the opportunity to see the “real thing” in the gallery before and after the concert.

Probing music’s potential to facilitate learning is a goal I’ve pursued primarily through presentations outside of—or building on—conventional concert contexts. These have included music within interactive media, music within theatrical or multi-disciplinary presentations, music with video projections, and so on. Utilizing music as a platform for exploring extramusical ideas can also bring contemporary concert music into varied circumstances—whether in museums, schools, community centers, or simply on the Internet—for diverse audiences who may or may not have prior interest in new music, or any classical or concert music at all. The audience at the aforementioned museum-based concerts did not, for the most part, consist of regular new music concertgoers. The majority of them were drawn to these concerts by publicity related to special exhibit openings and the promise of an event presented in connection with the art.

While my museum events seemed to have been successful at piquing the audiences’ interest in both the artworks and the music, they represent just one possible approach: the tip of the iceberg of what may be possible to accomplish through new music events designed to facilitate learning.

When I was a teenager, one of the reasons I chose to pursue composing music as my primary artistic path was because it was a medium through which I could envision myself exploring all of the evolving ideas, topics, and realms of experience that would come to fascinate me over the course of my life—whether it’s the paintings of Georgia O’Keeffe, Yosemite National Park, or Medieval literature. Through composition, I could bring everything into the fold.

I know there are others with similar motivations to mine. So, consider the potential for more composers to adopt the role of “public intellectual” through learning-oriented music. Many of us are passionate about using music to further the visibility of ideas and subject matter that we feel are worthy of broader appreciation and awareness. Since composers are typically curious and intellectually multi-faceted people, why not do everything we can to push these inclinations to their fullest realization and really hone in on utilizing the creation of new music as a positive and proactive force for broadening the intellectual engagement of a larger public?

*
In my next three articles, I’ll explore how these principles of music created as a catalyst for learning may be applied within two areas which I’ve focused on in my own work: music inspired by visual art, and music inspired by nature, landscape, and place—which I call “Landscape Music.”

In the meantime, please share your thoughts. Has an experience with music ever helped you to better understand or appreciate an idea, a realm of knowledge outside of music itself, or some other aspect of life? Have you observed this happening for others? What elements of the musical content and/or its presentation do you think made that experience particularly effective? And, if you’re a musician, have you sought to facilitate your audience’s learning through your music? 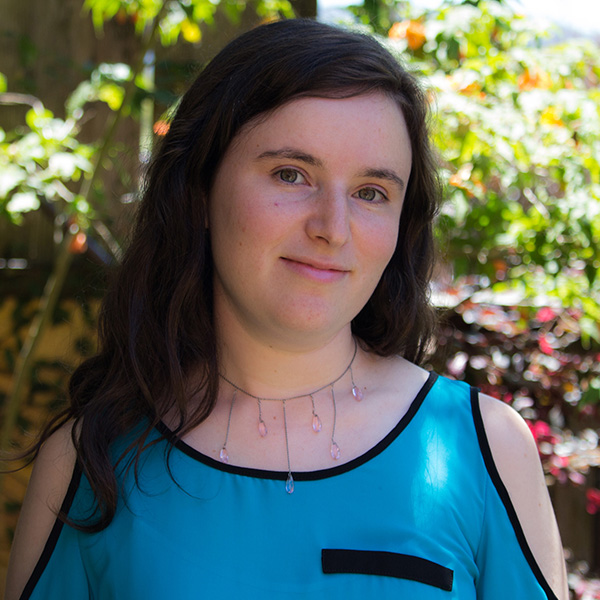 Nell Shaw Cohen is a composer and multimedia artist based in Brooklyn, New York. She is a 2015-17 Composers & the Voice Fellow with American Opera Projects and the founder of Landscape Music, an online publication and affiliated Composers Network. As an educational media producer and user experience designer, she also creates unique videos, multimedia installations, and interactive media. Learn more at nellshawcohen.com.